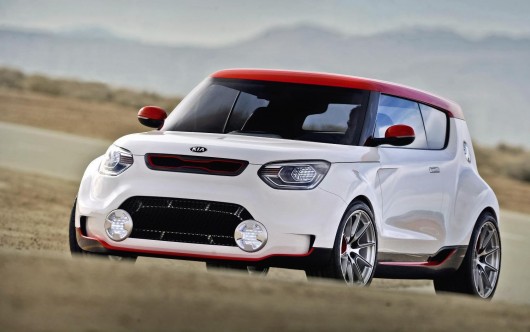 This is Kia’s Soul-based concept Track’ster which has been unveiled at the Chicago Auto Show. The all-wheel drive car has been designed in Kia’s California Design Studio. It’s fitted with a 2.0l turbocharged in-line four-cylinder engine that produces 250hp, this power is fed to all wheels via a six-speed manual transmission. 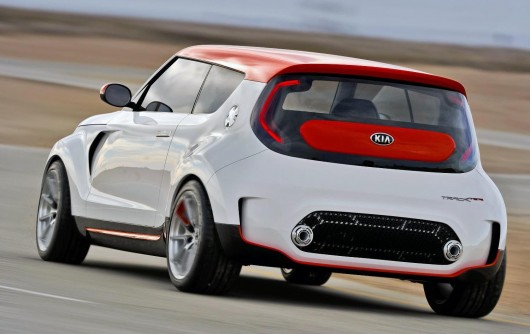 The exterior features a carbon fibre air intake slit, sculpted front wheel arches and sits low on 19” alloys. The wheelbase on the concept car has been increased by an inch over the production Soul. Its standard brakes have been replaced with large 14” Brembo vented and cross-drilled discs complete with six-piston callipers. 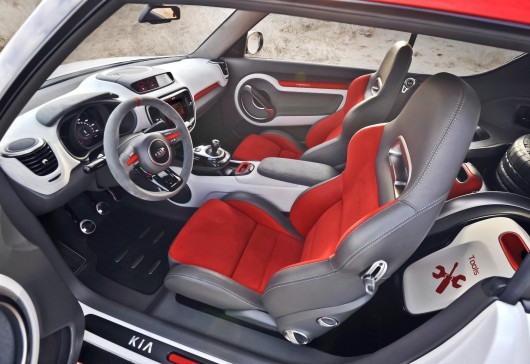 Inside, the Track’ster has Inferno Orange racing seats, behind which is a fully integrated equipment tray and spare wheel. There’s also a rear strut brace to aid handling on track. There aren’t any plans to turn this concept car into a reality, but if they do, it’ll certainly draw some attention. 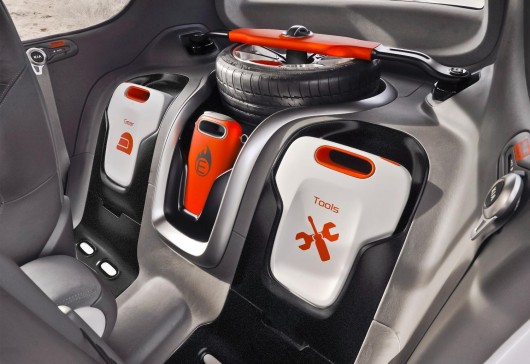