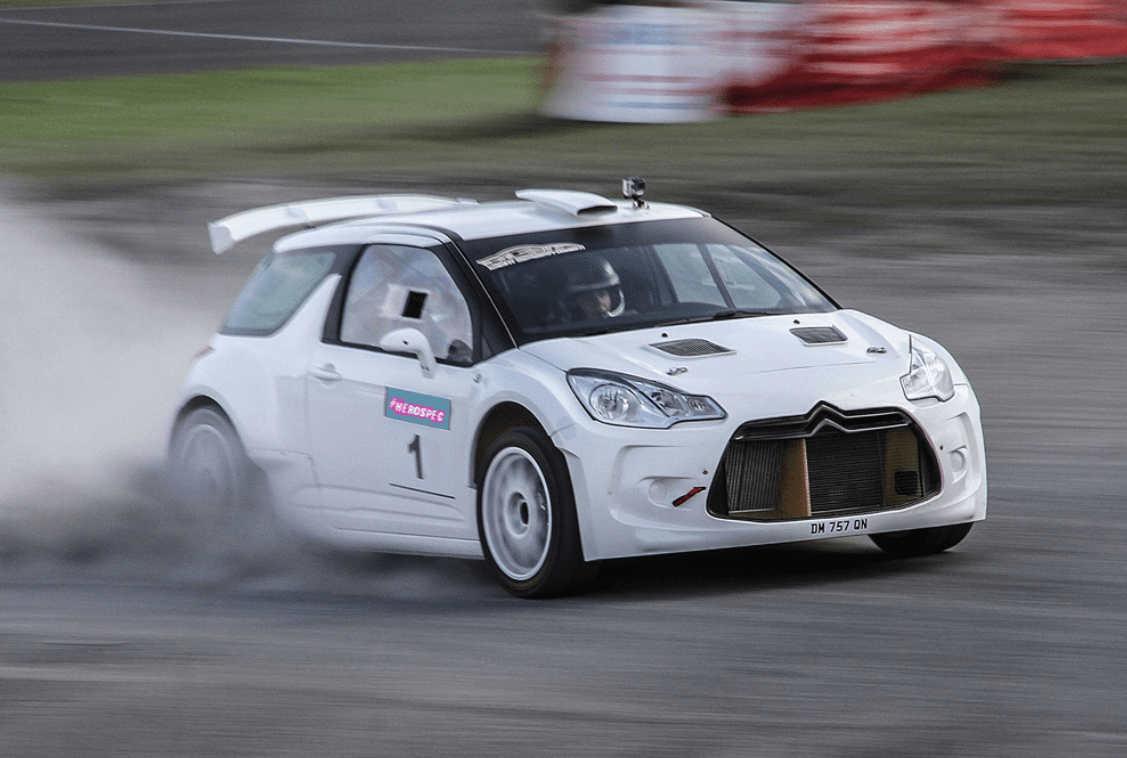 The new year will bring an exciting new event format to Irish Rallying with the first running of ‘Herospec’ the Irish Rallysprint of Champions. The new event will run at Mondello Park on January 20th and 21st and will kick off the 2018 Rally season in style. Herospec will be two days of non-stop Rally action on a brand new Mondello Park Ralllysprint stage culminating in Sunday’s ‘Super Special’ style, head to head knockout competition. Saturday’s traditional Rallysprint, featuring at least four runs of two laps of the Rallysprint special stage for each competitor, will decide the pairings for Sunday’s shoot-out. Sunday’s Super Special will see pairs of drivers go head to head over a specially designed course. The ‘stage’ will start in front of the main straight Grandstand with two cars lined up side by side, but tackling the course in different directions. The course will be made up of two laps of an extended version of the Rallycross track and is designed to see both drivers once again side by side as they cross the finish line, with whoever is first past the post progressing to the next round. All drivers knocked out in Round 1 will be given a second run in the ‘last chance’ competition, guaranteeing each competitor two runs on Sunday.

The new Mondello Park event is expected to attract all of Ireland’s top Rally competitors including drivers from the Tarmac Championship and National Championship but is also open to all level of competitors and all Rallycar classes. Rallycross competitors are also welcome and the addition of some of Ireland’s fastest Rallycross Supercars to the field is bound to up the level of competition. The event, which will be organised by Mondello Park Sports Club is the brainchild of John McCay and Seán Hassett. “We’ve been looking to create a major Rally event in the confines of Mondello Park for a while now, something that wouldn’t be your average rally sprint” said McCay. “Following on from the announcement that the Galway International Rally was not running we felt that the Rallying needed a big event to kick off the season and that give us the spur to push ahead with our plans. With all new loose surface sections, this is Mondello Park like you’ve never seen it before. The unique track layout combines the tarmac of the track and perimeter roads with gravel sections and is sure to test even the best drivers. The event format coupled with full live streaming is sure to make this a very attractive season opener for spectators as well as competitors of all levels.”

Roddy Greene, Mondello Park’s General Manager, expressed his delighted at the introduction of this new event, saying “We are delighted to announce this new addition to the Mondello Park calendar and hope that it will be the start of something special. The two day format combined with the new head to head format on Sunday will make this such a unique event and we are looking forward to welcoming both Rally and Rallycross competitors to the venue.”

Entries for Herospec are now open and forms are available from Mondello Park. Further information regarding the event format and entry list will be released during the build up to January 20th and 21st through Mondello Park and Herospec’s social media channels and the Mondello Park web site. www.mondellopark.ie