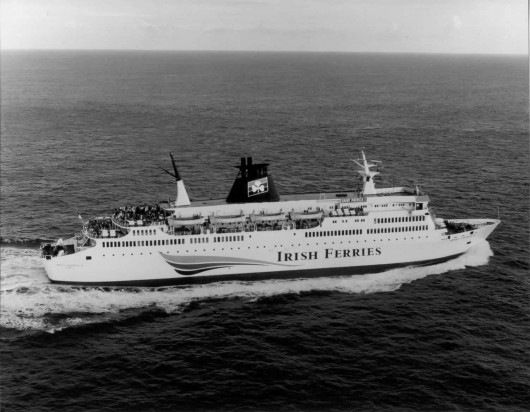 Irish Ferries are celebrating the 40th Anniversary of passenger car ferry service between Ireland and France. Originally managed by the then Irish Continental Line and then subsequently joined by B&I Line under the Irish Ferries flag which serviced the route. Today there are direct sailings from Rosslare to Cherbourg and Roscoff, with the Oscar Wilde. It operates all year-round with three sailings per week and carries in excess of 200,000 passengers annually.

Commenting on the anniversary, Irish Ferries Marketing Director, Tony Kelly said “over the past four decades, our services to France have made a significant contribution towards building Ireland’s links with communities throughout Europe, especially within France, Germany and the Benelux countries.” “In trade, education, cultural affairs and in many other aspects of life, the connection that we have provided between Ireland and the mainland of Europe has been one of the key elements in Ireland’s development as a leading EU member state” Mr. Kelly said.

Pictured above is the car ferry Saint Patrick II, which was one of the early vessels used to service Irish Ferries routes between Ireland and France.