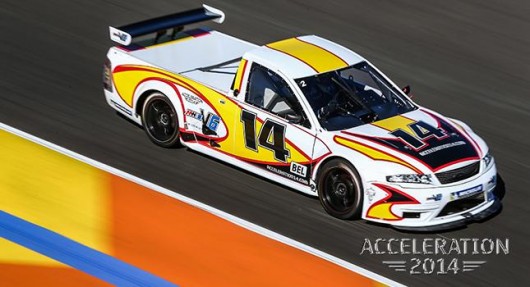 Ireland will be represented in both the MW-V6 Pickup Series and the Legends Supercup by Eoin Murray and Niki Meredith respectively in the inaugural Accerlation 14 event taking place this weekend in Portimao, Portugal. Acceleration 14 is a European series in which drivers represent nations in an Inter-nations battle for honours. The unique aspect of the Acceleration 14 events is that music festivals, car racing and bike racing are all combined into each of the 3-day weekends.

Eoin Murray will race in the new MW-V6 Pickup Series. The car is based on a tubular chassis with a powerful 325bhp V6 ford engine weighing just 925kg in total. Equipped with a sequential gearbox, 18” slick tyres and a fiberglass pick-up shaped body makes this an extremely exciting series. While Niki will drive in the exciting ‘Pocket Rocket’ Legends Supercar Series. During the weekend there will be two 30 minute practice sessions followed by two qualifying sessions and three races, the last race being an endurance style race of 40 minutes on Sunday afternoon.

Eoin, from Firhouse in Dublin, a former European Alfa champion comments, “I am delighted to be back racing internationally and it is great to be given the opportunity to represent Ireland. The car and team is unknown to me but I hope to gel with everything quickly. Portimao is one of my favourite tracks in Europe and with such a huge crowd expected it should be a really exciting weekend”.

Niki, from Clondalkin in Dublin has been racing Legends in Ireland and the UK for the last 6 years. Having won races in all the national series he’s raced in along the way Niki has his sights set firmly on victory this weekend. Speaking about the opportunity to represent Ireland he had this to say “Going to race a Legend in Europe is really what I’ve been itching to do for the last couple of seasons. When this opportunity came up I jumped at it. I can’t wait to get out to Portimao and mix it with the best driver is Europe”.

The first event kicks off this Friday at the awesome Portimao circuit on the southern coast of Portugal. The series then moves on to Navarra in Spain, the Nurburgring in Germany, Monza in Italy, Slovakiaring in Slovakia, Zolder in Belgium, Paul Ricard in France, Hungaroring in Hungary, Grobnik in Croatia and finally Assen in Holland.

The Acceleration 14 events will be aired on BT Sport and Motors TV in highlight shows in the coming weeks. For more information visit www.acceleration14.com 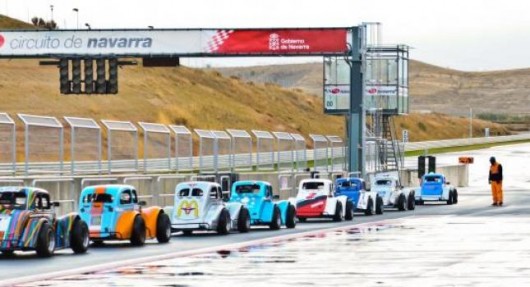