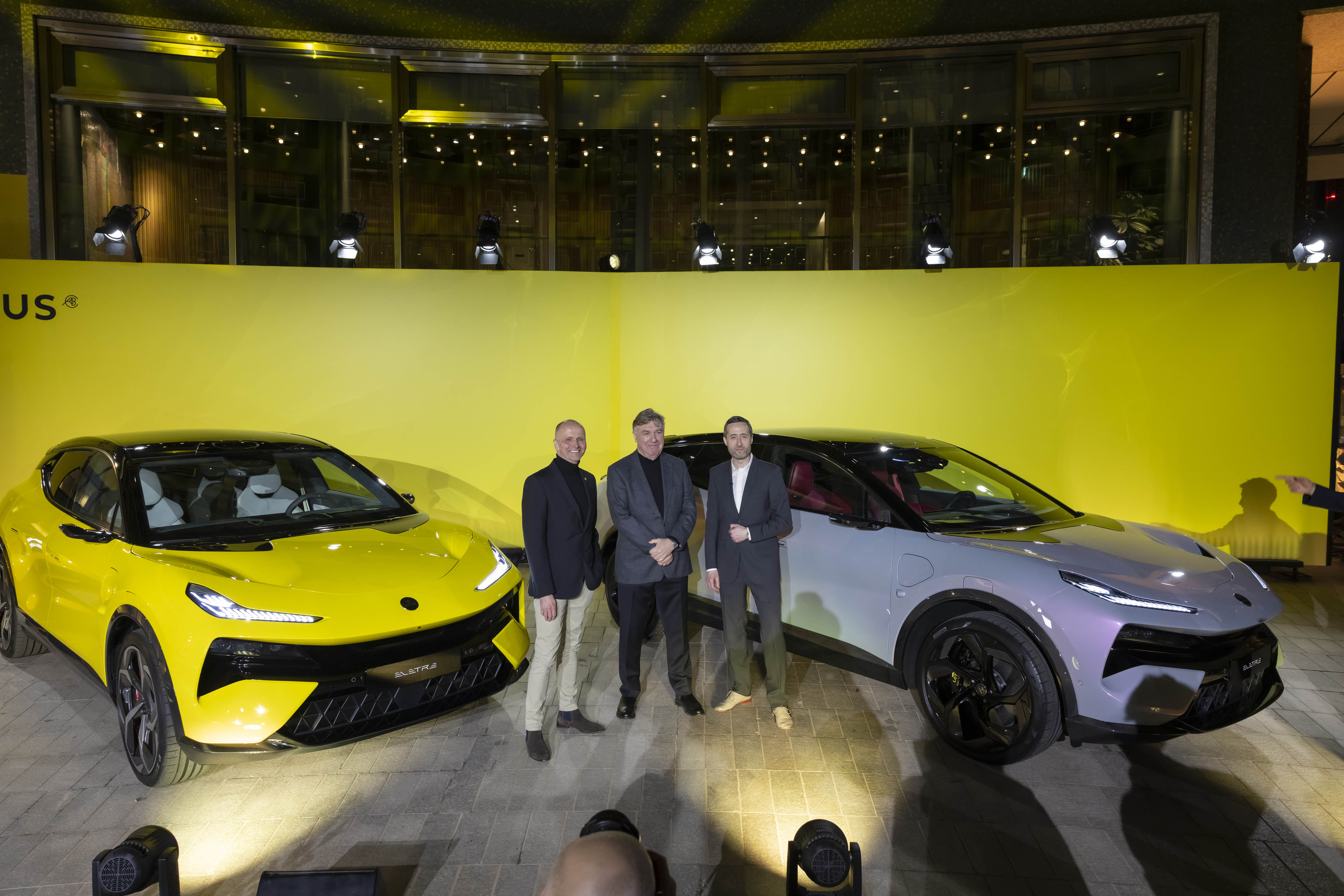 Coming to Life – the Lotus Eletre – the world’s first electric hyper-SUV has been launched in London. On Tuesday 29 March the car made its global debut in front of a live audience of several hundred VIP guests, viewing action inside and outside the world-famous BBC Television Centre in West London.

The Eletre is an all-new and all-electric hyper-SUV, a striking and progressive addition to the Lotus range, and the first of a new breed of pure electric SUVs. It takes the core principles and Lotus DNA from more than 70 years of sports car design and engineering, evolving them into a desirable all-new lifestyle car for the next generation of Lotus customers.

Guests at the ‘Carved by Air’ event included F1 world champion and Lotus customer Jenson Button, who was behind the wheel of the Eletre as it debuted on stage from behind a huge TV screen. Also present were famous faces from the world of motoring and from the global Lotus community, including members of the Chapman family and Elisa Artioli, after whom the Lotus Elise was named.

Highlights included a parade of Lotus cars past and present, followed by a five-minute live-action telling of ‘The Story of Lotus’. It was all shot in one continuous take, making full use of the iconic circular Helios courtyard at the heart of the BBC Studios. It featured a cast of actors portraying everyone from Lotus founders Colin and Hazel Chapman to legendary racing drivers Jim Clark and Emerson Fittipaldi.

Inside, seated guests were treated to a stunning aerial ballet and the on-stage debut of the Lotus Eletre. A bold new dimension to the Lotus performance car portfolio, the Eletre delivers a significant number of firsts for Lotus – the first five-door production car, the first model outside sports car segments, the first lifestyle EV, the most ‘connected’ Lotus ever. And yet it remains a true Lotus, a beautiful car ‘carved by air’, packed with pioneering technology, genuine sporting performance and simplicity of purpose, designed and developed by a passionate and global team.

The hour-long show was hosted by TV presenters Andy Jaye and Julia Hardy, and livestreamed to legions of fans around the world. Numerous retail partners in all corners of the globe hosted customer events in their showrooms to watch live.

Matt Windle, Managing Director, Lotus Cars, commented: “London is the birthplace of Lotus and to take over the iconic BBC Studios, inside and out, to launch the Lotus Eletre to the world, is fantastic. The Eletre is a hugely significant moment in our ongoing transformation of Lotus; we are delivering on our commitment to move the business and brand into completely new segments to widen our global appeal and accessibility.”

You can watch the full hour-long presentation or a shorter highlights film on the Lotus Facebook or YouTube channels.