It would appear that the big International Motor Shows of bygone days are dead in the water. Whilst this poxy pandemic drove home what was perhaps the final nail in their coffin; the truth is the big shows had been struggling for quite some time now.

The entire motor industry and the way it conducts its business is changing at a phenomenal rate, perhaps more so than any other industry. Maybe glossy, 5 day extravaganzas such as the Detroit, Paris or Frankfurt shows, no longer have a part to play in the modern world of motoring. Maybe the future of new car ‘reveals’ lies exclusively online. 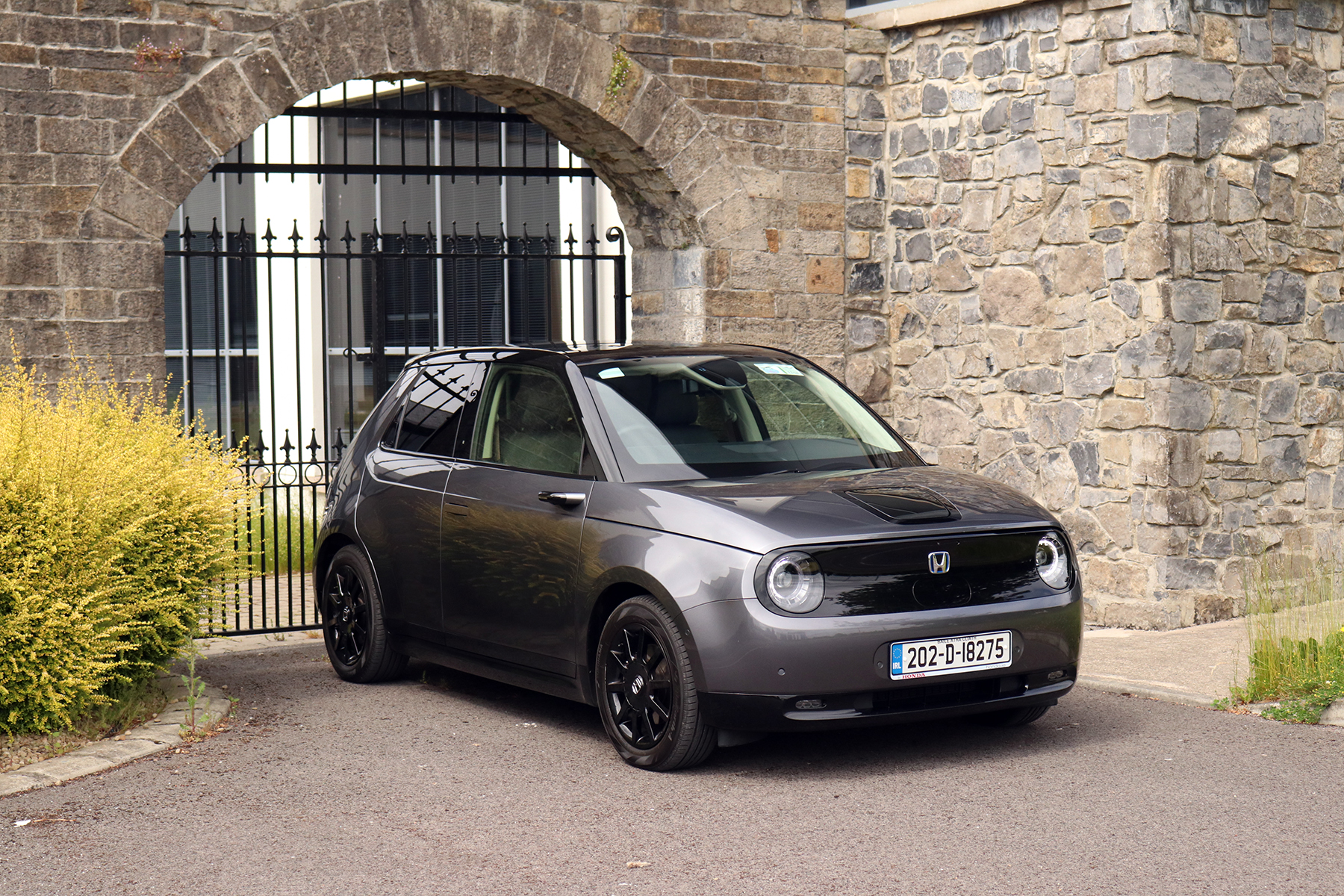 And, if the recent sequences of lockdowns and staggered re-openings has taught us anything, it’s that many of this new generation of would be motorists, are quite happy for the entire experience of buying a new car to be done remotely.

Call me old fashioned, but buying a car is not the same as the latest influencer-inspired purchase from Boohoo.com or having this week’s Tesco groceries delivered to your door. For the cost of a car nowadays, you deserve more than just the sum of it’s parts. You’re buying a experience that begins hundreds if not thousands of miles away. An experience that needs to include a soft, cotton cover beginning slowly pulled away to the gasps and rounds of applause of a live crowd.

Why? Because for car designers that’s their Olympic final, their podium moment. The reward for all their creative blood, sweat and tears. From the designers to the engineers; from the guy on the assembly line who applies just the right amount of torque to each bolt, to the salesperson on the showroom floor who eventually places those keys in your hand. The pride they feel contributes to that cars unique personality. Without those big occasions, without the wide eyes of the audience and their rounds of applause, all that’s left is basic economics. Just boring, grown-up stuff.

At the 2017 International Motor Show in Frankfurt, Honda pulled back the covers to reveal their Urban EV. The language of its retro-inspired design was the perfect blend of nostalgic styling and futuristic technology. And such was the overwhelming response, Honda immediately signalled their intention to put this little concept into production. A final design that would remain true to its show-stealing concept. 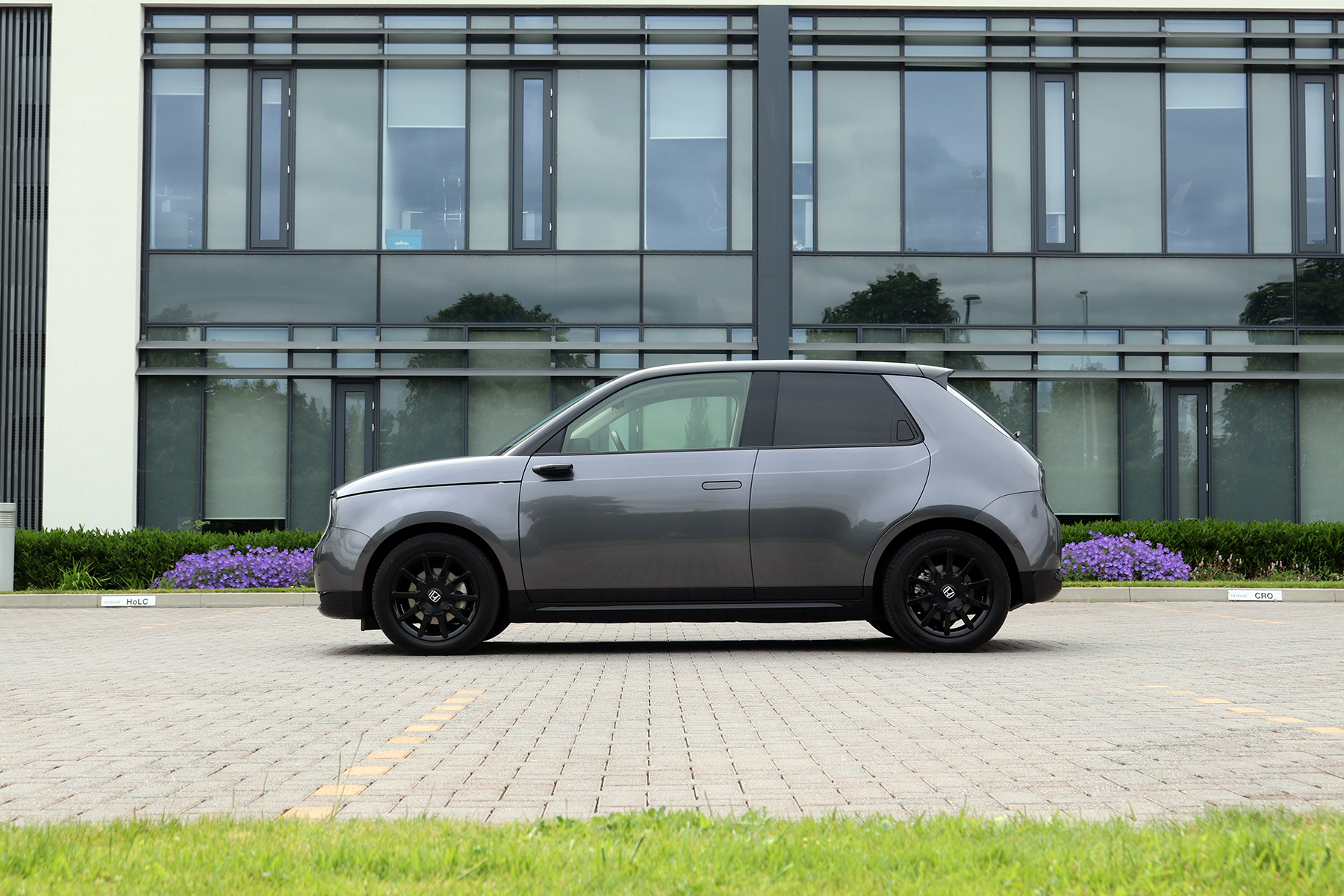 From its signature front and rear LED lights to its bonnet mounted glass charging port, the Honda e’s design is truly without compromise. Gone are the conventional wingmirrors, no longer necessary thanks to Honda’s Side Camera Mirror Systems (SCMS). These compact cameras provide live images to two six-inch screens inside the car. Whilst numerous, the Honda e’s digital displays and screens –  6 if you include the rear view mirror screen, are by no means as distracting as the oversized single screen found in a Tesla.

Complementing the simple and clean exterior styling, the interior utilises contemporary materials to create a relaxing lounge-like atmosphere. It’s also surprisingly spacious for what really is just a small city car. As one would expect, from the car charged with heralding in the future of a company such as Honda, the e is loaded with the latest technology. 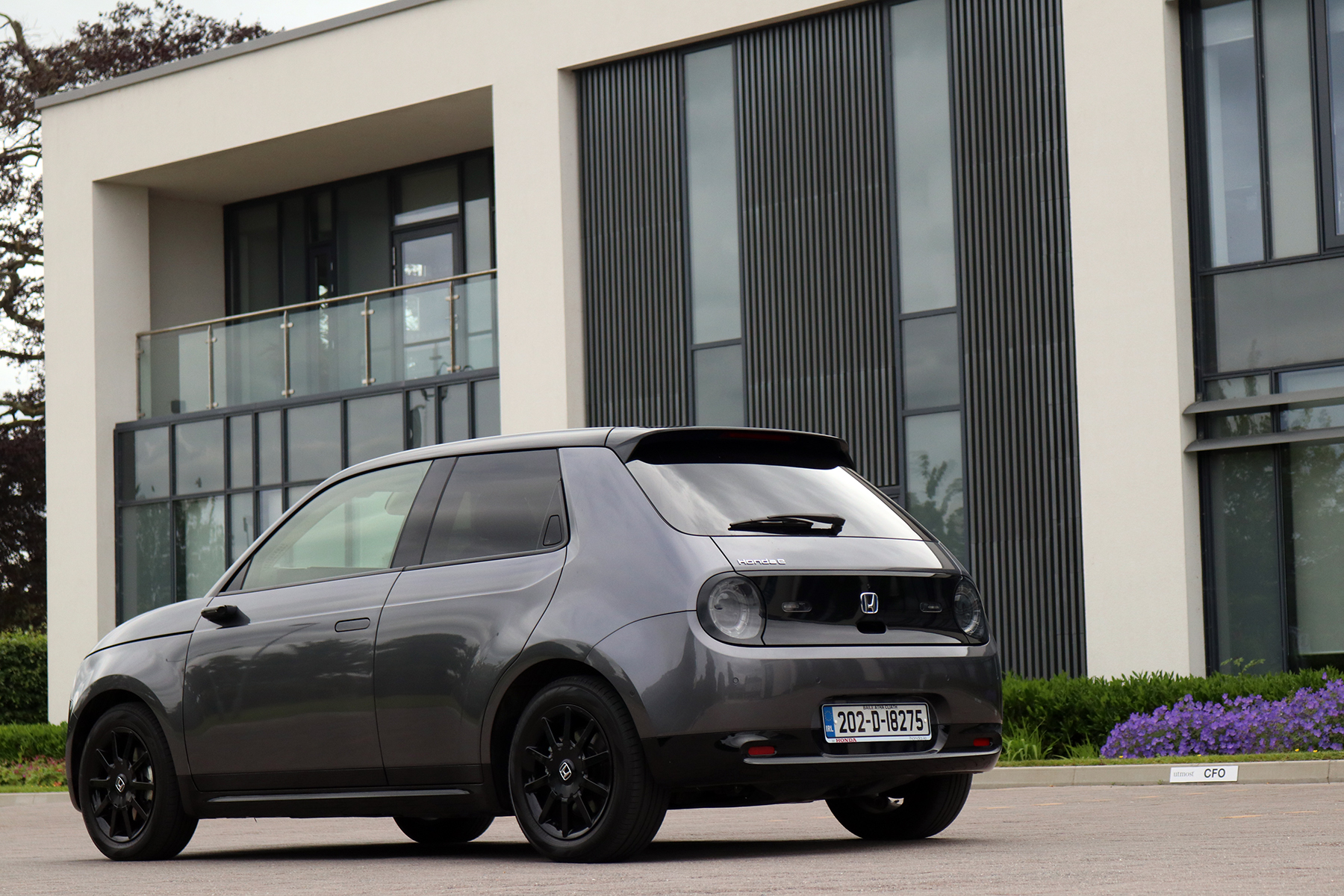 The Honda e is equipped with the most comprehensive range of driver aids in its class. This enhanced suite of safety features sees the addition of three new safety technologies including Collision Mitigation Throttle Control, preventing sudden acceleration in either drive or reverse upon starting the car when there is an obstacle in the way; Low Speed Brake Function which applies emergency braking while driving at low speed, and Lead Car Departure Notification System which notifies the driver when the car in front has started to move.

The Honda e is available in two variants, there’s the standard Honda e (€29,995) and the Honda e Advance (€32,995) with the only real difference being the additional 18bhp you get with the Advance model. It’s hardly worth the €3k price difference.

Both models are equipped with 35.5 kWh battery, driven via the rear wheels and capable of home charging (AC) at 6.6kW. A full charge with a 7.4kW charger will take a shade over

4 hours. According to the WLTP figures the Honda e has a range of 222km which I found to realistically be closer to the 200km mark. It may not sound like much but considering it’s a car really is designed for the urban environment, it should prove itself adequate for most of its intended market. 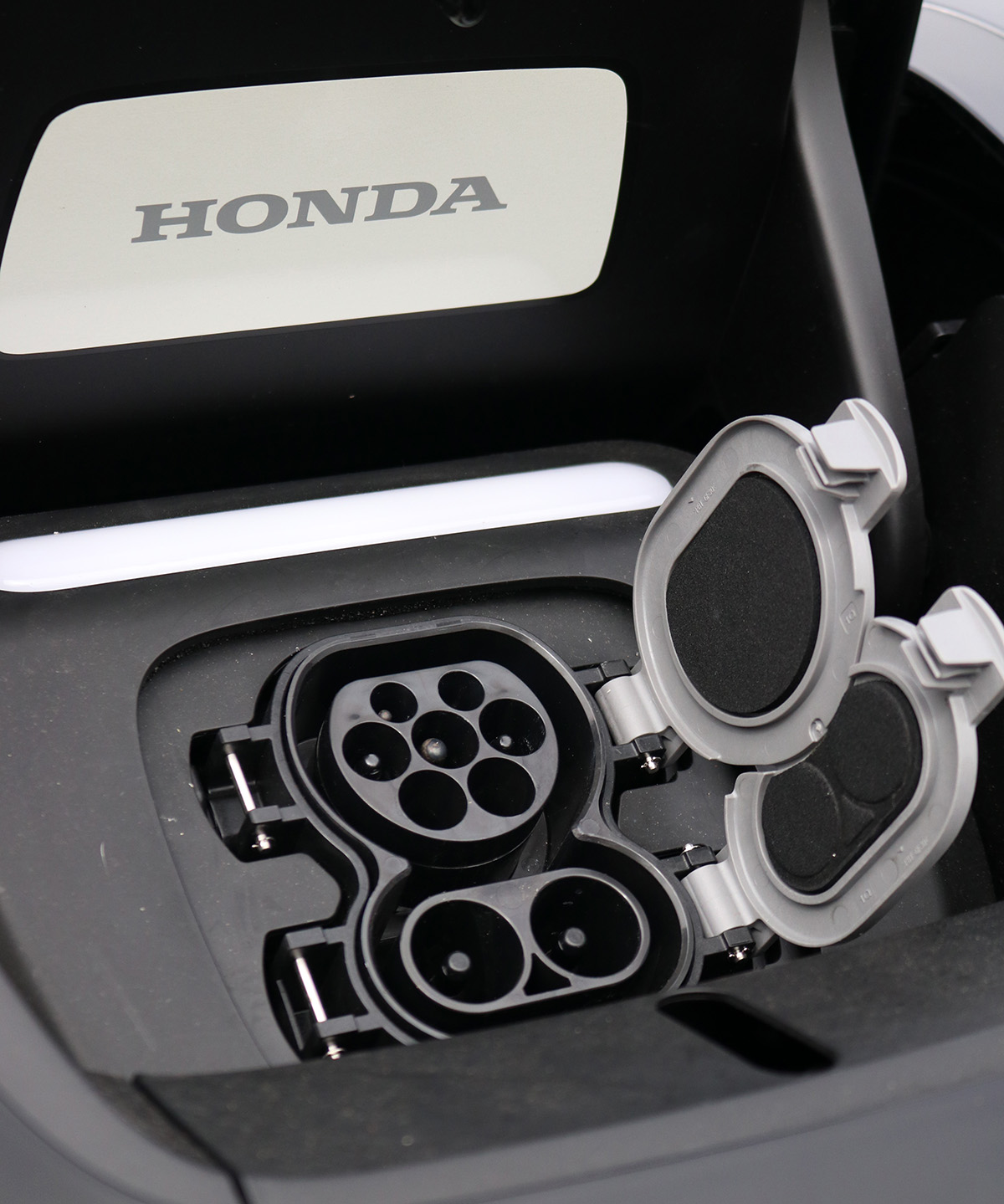 On the street, the Honda e is nippy and nimble. It’s compact size makes it ideal for zipping around town and with a turning circle of just 4.3m, parking is a breeze. However, the Honda e’s greatest attribute is perhaps the least measurable in terms of facts and figures; because regardless of how much I tried, I kept losing count of the number of smiles the little electric Honda got.

No differently than music, art or even puppies, cars should always evoke an emotional response from us. We need people like Yuki Teri and Fumihiro Yaguchi who brought us that first Honda Urban EV Concept. They deserve their moment in the spotlight at shows like Frankfurt. Why? Because then we get amazing cars like the Honda e!