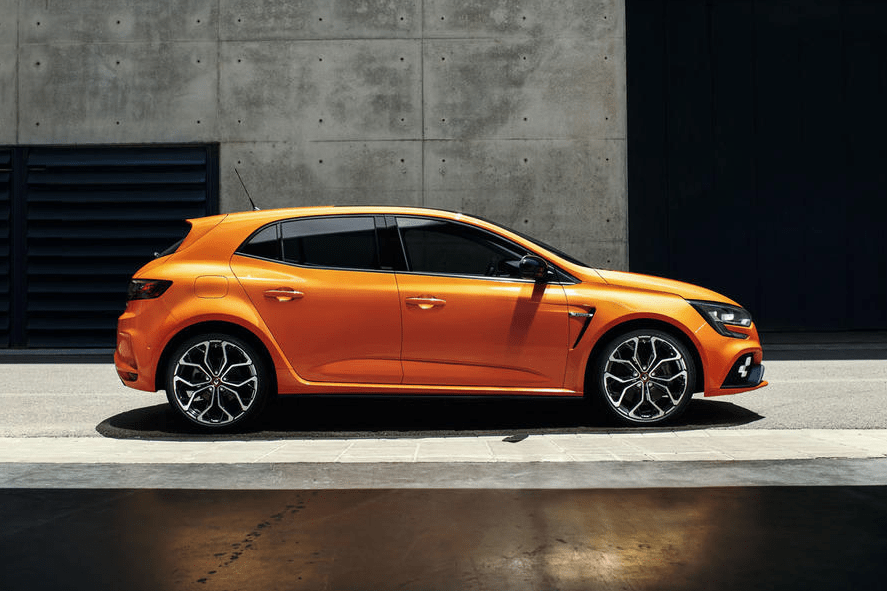 Groupe Renault has increased sales for the 5th consecutive year with 3,761,634 vehicles sold. Groupe Renault (including Lada) reported an 8.5 per cent rise in global registrations (passenger cars + LCVs) in a market that grew 2.3 per cent. The group market share now stands at 4.0 per cent (+0.2 points vs 2016). In the LCV segment, the group set a new record with 462,859 registrations, a rise of 4.1 per cent on 2016. The Renault and Dacia brands increased sales to record levels with 2,670,982 and 655,235 vehicles sold respectively. Lada sales jumped 17.8 per cent to 335,564 registrations, while Renault Samsung Motors sales fell 10.1 per cent to 99,846 vehicles. “We set a new group record with sales of over 3.7 million vehicles in 2017. We are continuing to increase sales volumes and market share across all regions. Our strategy of range renewal and geographic expansion is continuing to bring results. In 2018, we will pursue our growth and internationalization of our sales in line with the Drive The Future plan,” said Thierry Koskas member of the Executive Committee, EVP, Sales and Marketing Groupe Renault.

In Europe, in a market that grew 3.3 per cent, group registrations rose 5.6 per cent to 1,911,169 vehicles. The group took a 10.8 per cent share of the European market, up 0.2 points. The Renault brand alone saw sales rise 3.7 per cent for a market share of 8.2 per cent. Renault sales were buoyed in particular by the complete renewal of the Mégane family in 2016, and the launch last June of new Koleos. Clio remains Europe’s second best-selling vehicle, while Captur is the number-one crossover in its class. In the electric vehicle segment, Renault maintained its leadership with a market share of 23.8 per cent. Sales volumes increased 38 per cent. Registrations of ZOE, Europe’s top-selling electric vehicle, rose 44 per cent. Even before the launch of new Duster at the very start of 2018, the Dacia brand set a new European sales record with 463,712 registrations (+11.7 per cent), and market share of 2.6 per cent, a rise of 0.2 points. The rise is linked primarily to the strong results of Sandero phase 2, launched at end-2016.

Outside Europe, the group increased volumes and market share across all regions. Group registrations rose 11.6% in a market that grew 3.3%. Sales outside Europe now account for 49.2% of the total. Groupe Renault consolidated its positions with the success of its new range: Renault Kaptur, LADA Vesta and LADA XRAY in Russia, Koleos in China, Mégane Sedan in Turkey, Duster Oroch and Kwid in the Americas. In Eurasia, registrations rose 13.6% in a market that grew 7.0%. The market share of the group, now including the Lada brand, increased 1.4 points to 24.5%, notably on the back of strong momentum in Russia. The Russian market expanded for the first time in four years, with a rise of 12.2 per cent. The group increased sales by 16.9 per cent (including Lada). More than one vehicle in every four sold in Russia in 2017 was a Lada or a Renault. Lada posted a 17.0 per cent rise in sales with market share of 19.5 per cent (+0.8 points) following the successful renewal of its range with, in particular, the models LADA Vesta and LADA XRAY. The Renault brand claimed record market share of 8.5 per cent, a rise of 0.3 points. Kaptur posted 30,958 registrations and Duster 43,715. Russia remains the group’s second-biggest market with the consolidation of Lada sales volumes. In Turkey, Renault set a new historic record with sales rising 7.0 per cent (130,276 vehicles) on a market that fell 2.8 per cent. Mégane Sedan confirmed its success with almost 39,300 registrations. Brand market share rose 1.3 points to 13.6 per cent making Renault the country’s number-one brand for both passenger cars and LCV sales.

MARKET OUTLOOK IN 2018 FOR GROUPE RENAULT 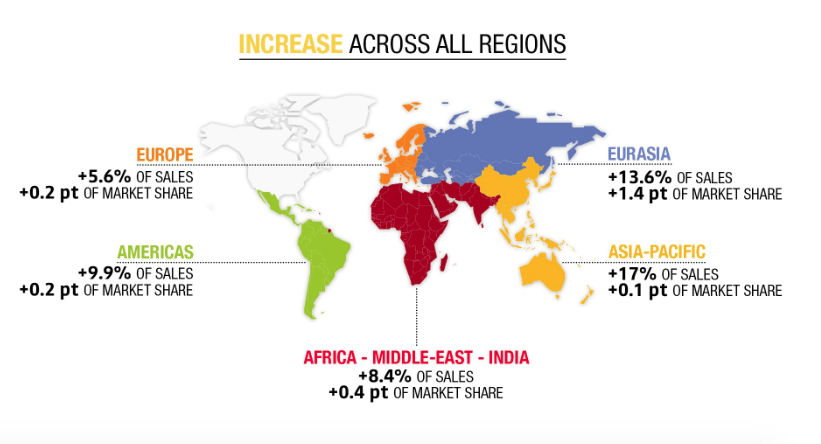