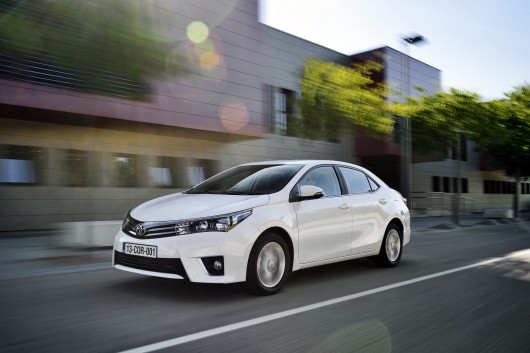 Toyota Ireland has launched no less than three new models this week, with the introduction of the all-new Corolla, Auris Touring Sports and Proace light commercial vehicle.

The Corolla has been something of a legendary car for the Japanese brand, with in excess of 40 million Corollas sold worldwide, 200,000 of which were sold in Ireland. This all-new 11th generation Corolla offers improved efficiency and comfort over its predecessor. Prices commence from €20,995 and customers can also purchase their new Corolla through Toyota’s finance – Toyota Flex from just €225 per month. 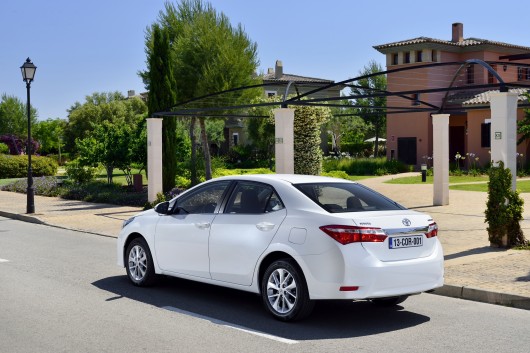 The new Corolla is available across three trim specifications, Terra, Aura and Luna. There are two engines on offer, a 1.3-litre VVT-i petrol unit that delivers 99hp and 128Nm of torque. It will return a combined fuel consumption of 5.6l/100km (50.4mpg). The diesel engine is a 1.4-litre D-4D turbo diesel that produces 90hp and 205Nm of torque, this frugal unit offers an impressive 3.8L/100km (74.3mpg) on a combined run and sits in tax band A2, with an annual road tax fee of €180. We envisage the diesel variant in the mid-level Aura grade (€23,730) to be the key seller.

We had a brief test drive in the diesel-powered Corolla and were impressed with its high levels of refinement. It offers an uncomplicated drive and easy to see why it’s such a popular choice with Irish motorists. We’ll bring you a full road test of the car after we test it over a few days, in the coming weeks. The exterior styling has been updated to bring it inline with Toyota’s modern identity. The interior offers a clean uncluttered dash. There’s increased space on offer for all occupants as this new Corolla is 15mm wider and 80mm longer than its predecessor. Our test car was equipped with the 2nd generation of the Toyota Touch multimedia system. It’s a 6.1” full colour touch-screen that houses all the multimedia onboard and doubles as a screen for the reversing camera. 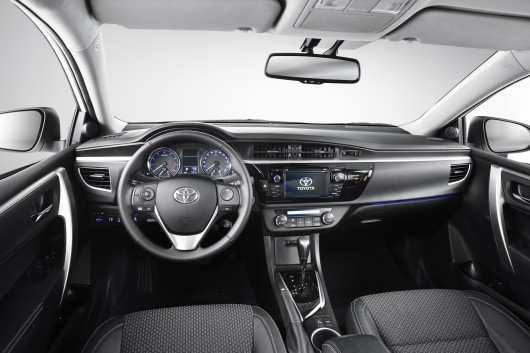 Prices for the new Toyota Corolla are as follows: 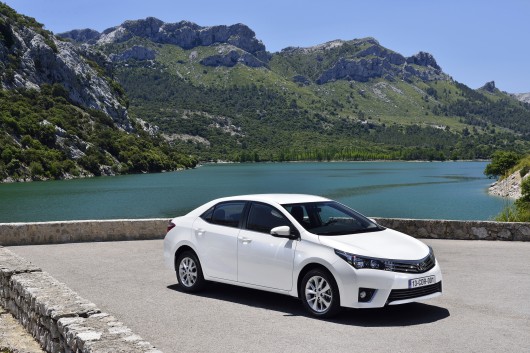