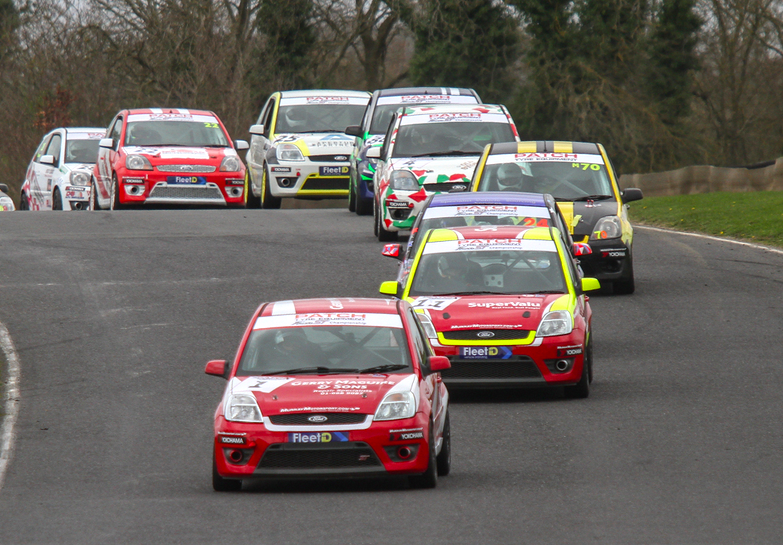 Mondello Park and ‘The Trailer Company’, one of four official distributors of Brian James trailers for the Republic of Ireland, are delighted to announce a new partnership which will see the circuit’s flagship saloon racing series renamed as The Trailer Company Fiesta ST Championship. The Limerick based Trailer Company is a family run business with a long association with motorsport. As agents for the leading motorsport and commercial trailer manufacturers, ‘Brian James’, they can provide solutions to trailer needs for many industries, but this new deal will bring their Motorsport and Car Transport options more into focus.

The Trailer Company’s association with the Fiesta ST Championship kicks off at Mondello Park on April 14th and 15th with the first of five event, twelve round, series which will have a very different look to previous years. The championship will race on four different circuits for the first time as it takes in the Mondello Park National Track, in two different directions, the International Track and a first ever trip to Bishopscourt Co. Down.

Not only will The Trailer Company Fiesta ST series have two additional tracks to race on, but it will also use a new three race programme at some events. The season will get underway with a busy three race programme at April’s event before heading North to Bishopscourt in May for a double header. On its return to Mondello Park in June the Fiestas will race twice on the reversed National Track before finishing off the season with another National Track triple header in July and the final two races on the full International layout in September.

The involvement of The Trailer Company brand as Fiesta Championship title sponsor is an expansion of the McMullen Family involvement with the class. “We’ve been involved with Motorsport since the eighties” explained Neil McMullen. “We raced Karts and organised Kart races for years before we got involved as drivers and associate sponsors of the Fiesta Zetec Championship. We’ve now expanded to title sponsor of the ST’s and we are looking forward to working with Mondello Park to promote the series just as much as we are to racing in it. We’re a family run business and everything we do is with the customer’s needs as our focus. Everything we do when we are racing is done to the highest standards possible and we approach our business and particularly our trailer preparation for our customers in the same way, completing every job as if it was for our own use.”

The Trailer Company Fiesta ST Championship will continue to be the premier Saloon Racing series at Mondello Park during 2018 and the championships progress can be followed through its facebook page and the Mondello Park web site.