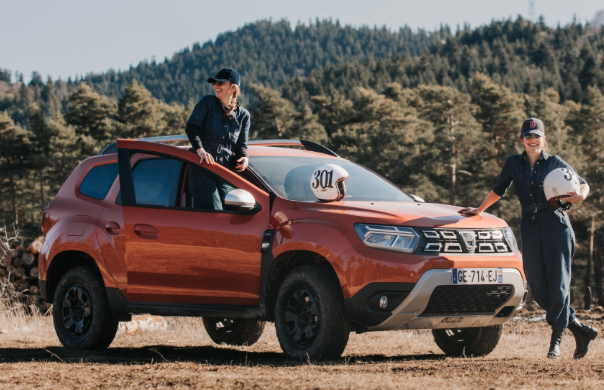 Dacia will once again compete in the Rallye Aïcha des Gazelles du Maroc, having won seven times in the past eleven editions. Since 2017, the Dacia Duster has been the undefeated champion in the Crossover category with an all-female crew from five countries (France, Morocco, Poland, Belgium and Switzerland). Three Dusters, with support from Dacia, will take to the starting line for the 31st edition of the race.

Since its creation in 1990, the Rallye Aïcha des Gazelles du Maroc has encouraged true adventuring. With no GPS, the women’s only rally raid takes place entirely off-road, plotting a course using nothing but a map and compass. This concept is the only event of its kind in the world.

For nine days, the Dacia Duster Gazelles will scale sand-dunes, swerve between rocky outcrops and negotiate camel grass. They will be judged on their ability to find all the check points while covering as little ground as possible. The Dacia Duster will be their trusted companion when it comes to tackling a range of tough terrains.

Hajar Elbied and Malika Ajaha will compete in their third Rallye Aïcha des Gazelles du Maroc. Having won in their category last year, the two Renault Group pilots from Morocco hope for another successful year on their home turf. A second back-to-back win in the Crossover category would be a first.

Psychiatrist, Marie Dumas, and financial executive director, Juliette Crépin, will join the Rallye for the first time. As cousins, they are embarking on the Rallye Aïcha des Gazelles to test their courage and bravery, to push themselves, and to experience something entirely new. Marie and Juliette support ASF, a Moroccan-based NGO that has been helping single mothers over the past 30 years seek stable employment.

Sabine Bonnet, training consultant, and Isabelle Radenac, a telecom engineer, dream of working together to push boundaries. They first met under a bright middle eastern sun before deciding to embark on a new adventure with the Rallye Aïcha des Gazelles. Their goal is to act as global citizens to better serve the planet by promoting the positive values found in sports.