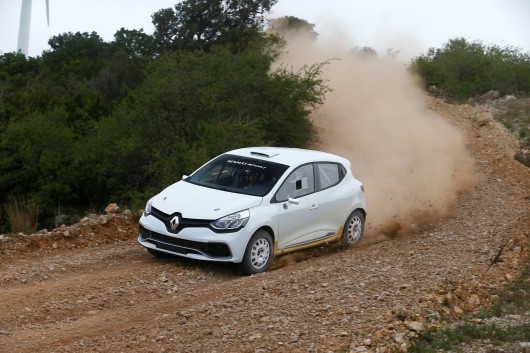 Renault Sport Technologies has unveiled its new Clio Renaultsport R3T rally car. The Clio Renaultsport 200 EDC’s turbocharged 1618cc engine has been specifically adapted to racing by Renault Sport’s engineers. The kit comprises a six-speed sequential gearbox, with steering-wheel paddle shifts offered as optional in the asphalt version. In offering its customers a cohesive and reliable package, Renault Sport Technologies relies on renowned suppliers such as Sadev for gearboxes, Sachs for shock absorbers, PFC for brakes and Cosworth for electronics. “With the Clio Renaultsport R3T, our aim has been to come up with a high-performance, reliable vehicle adaptable to every type of surface, all for an operating cost below that of the product it replaces,” said Renault Sport Technologies Motorsports Director Arnaud Boulanger. “The success enjoyed by the first generation of Clio Renaultsport R3s has bolstered our belief that this formula is especially well suited to meet the requirements of our customers. This class has given Renaultsport the opportunity to find its feet and to excel in a number of markets, several of them outside Europe, with our cars now present in Asia and the Pacific, Latin America and Oceania.”