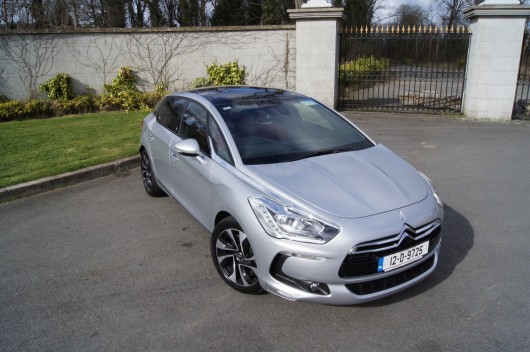 There are few cars that will attract such attention from admirers than the Citroen DS5. You only need to take a glancing look to see why, it’s in a league of its own in terms of its distinct futuristic styling. Its exterior is sleek and ultra-modern aided by chrome blades that run from the headlights up to the front windows. The 18” alloys have been carefully sculpted to aid the car’s visual impact . The interior is a masterpiece, every switch has been elegantly crafted from premium materials including brushed aluminium. It takes a few minutes to familiarise yourself with the abundance of switch gear that surrounds the driver, there’s even switches above the driver’s head similar to an aeroplane’s cockpit. The red leather ‘watchstrap-styled’ seats boost the luxurious feeling to the DS5’s interior, customers can choose from nine upholstery options. 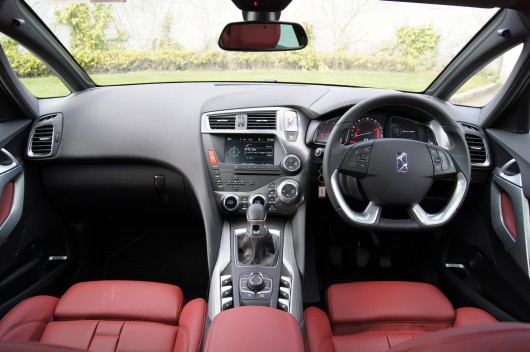 I drove the €36,400 mid-range DStyle variant which utilises a 2.0-litre HDi diesel engine that produces 160hp. It comes equipped with an abundance of technology including satellite navigation, a reversing camera and three electric sun blinds. The DS5 is an uncomplicated car to live with, it encourages a relaxed driving style and is more comfortable on main roads than twisty country routes. The range-topping Hybrid4 model combines a 2.0-litre HDi diesel engine with an electric motor that’s fitted to the rear axle. This enables you to drive at speeds up to 60km/h in pure electric motion, therefore zero emissions motoring. 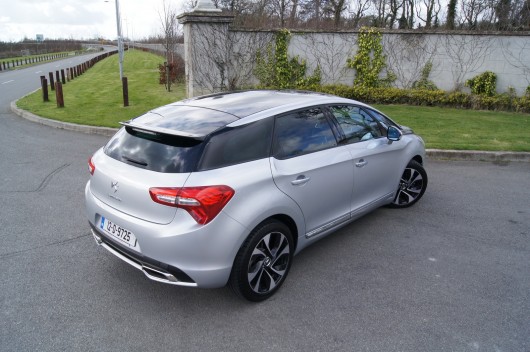 The DS5 is the third model in the DS range which is proving to mark Citroen out as an exciting, modern car manufacturer. This model scores highly over its competitors as a result of its dynamic looks combined with a class-leading interior. Expect to see the DS5 extracting sales from executive models, due to its competitive pricing and unique styling attributes.