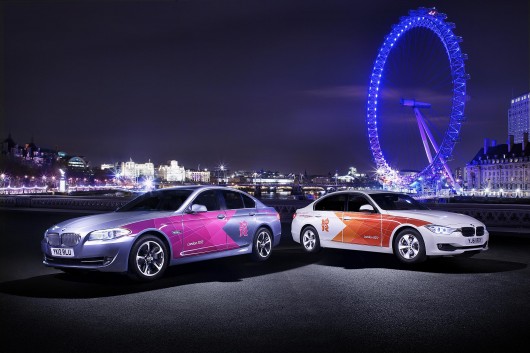 BMW has delivered the first of its vehicles to the Olympic Park, ahead of this year’s 2012 London Olympics. BMW Group is the Official Automotive Partner to the London 2012 Olympic & Paralympic Games. The fleet of BMW’s consists of electric, diesel and hybrid cars, as well as a range of motorcycles and bicycles.

Commenting on the partnership Tim Abbott, Managing Director BMW UK said: “BMW’s Olympic fleet needs to be varied to deal with the complex operational demands of the Games time effort. We were selected as a partner based on our ability to provide such a diverse fleet that could achieve the challenging emissions threshold as set by LOCOG. The Games fleet will include our class leading efficient diesels, hybrids, electric vehicles and even bicycles. We are extremely proud for our cars to be involved in the London 2012 Games and are excited about seeing them in full service this summer in these eye-catching designs.”