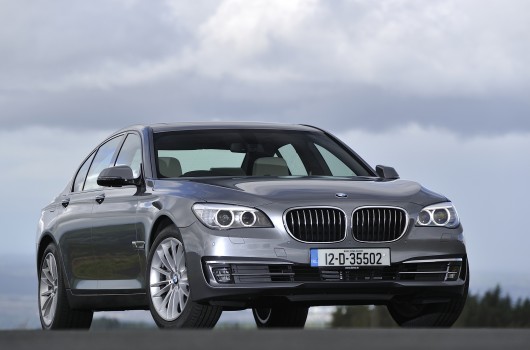 BMW has updated its flagship saloon, with the introduction of the new 7 Series. We recently took a new 730d SE model for a trial, to see if it can live up to its rivals from Germany and Japan.

Visually, this new model features some subtle design changes to the front and rear over its predecessor, the trademark BMW kidney grille features nine slats instead of the usual 13, it also has an 8mm reduction in ride height resulting in a sleeker sporty stance. There’s no doubting the large presence the 7 Series has, its size is most notably when driving on country roads, where you often find yourself positioned over the central part of the road to avoid the grass verge on the nearside. Although it’s immense in stature, it handles with impeccable precision, enabling you to corner at speed with confidence, the chassis reacts to steering inputs with feedback given to the driver. The electronically controlled damping system is standard fitment across the 7 Series range, it can adjust each wheel individually to the road surface. The air suspension on the rear axle is self-levelling, this results in a comfortable ride for rear seat occupants despite the road surface and pace of the car. Rarely would you be in a hurry in a luxury car but should the need arise to be chauffeured out of trouble, the 7 Series is more than capable of losing the chasing pack. 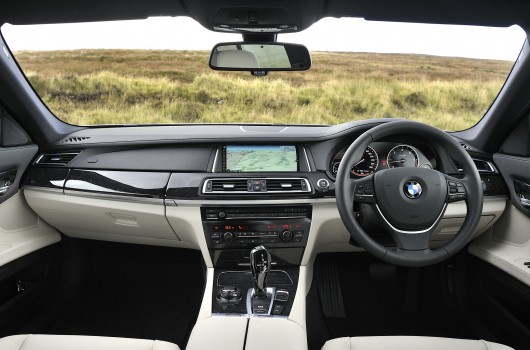 The entry-level 730d (our test car) offers an optimum balance of economy and performance. Its 3.0-litre diesel engine complete with TwinPower turbo technology produces 258hp and a brawny 560Nm of torque. If you’re after more power the 740d produces 313hp and 630Nm of torque. Of course there are some petrol models too, and now a ActiveHybrid variant, although the sensible motorist will opt for either of the two diesels. We found the power on offer from the 730d to be plentiful for all our requirements. It’s an economical unit too, capable of returning a combined fuel consumption of 5.6l/100km (50.4mpg). Coupled with the standard fitment eight-speed dual-clutch transmission, the 7 Series is effortless to drive. It excels on long distances, crossing countries in this car could easily be achieved at a good turn of pace, having only to stop occasionally for food and fuel. BMW’s Drive Performance Control, which is standard fitment, allows the driver to change between four different drive settings, Comfort, Sport, Sport Plus and ECO PRO. Each setting varies the responsiveness of the steering, throttle and engine controls. We found the Comfort setting to offer the optimum balance for our variety of driving on motorways and around town.

Naturally for a luxury car, with a similarly lavish price tag (commencing from €88,200) the 7 Series has an interior that’s sophisticated to meet the demands of its occupants. The sumptuous leather upholstery and ambient lighting create a tranquil atmosphere, with a peaceful ambience thanks to additional soundproofing which has been installed in the B and C pillars, as well as in the sills and boot. Comfort reclining seats are available as an optional extra for rear seat passengers and you can have a rear seat entertainment system, complete with two 9.2” colour screens. The long wheelbase model has an additional 140mm of rear seat legroom and an extra 10mm of rear seat headroom. The options list for the 7 Series is almost endless, our test car had almost €11,000 worth of additional extras, some of which should be standard fitment, such as the telephone USB audio interface and the reversing camera. 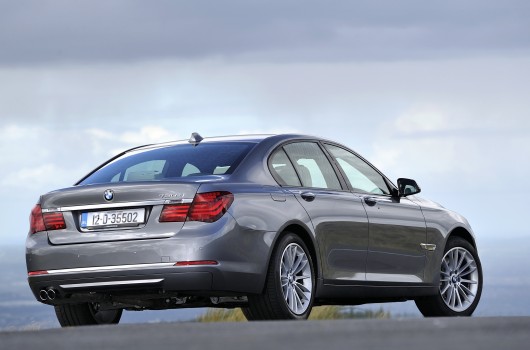 In the current climate we’re not going to see many new 7 Series take to the roads, neither will we see many of its rivals, including the Audi A8, Mercedes-Benz S-Class and the Lexus LS 600h. Its rivals all offer lavish amounts of comfort too. The 7 Series however, is a car that easily persuades you to switch from being chauffeured in, to taking position in the driver’s seat. It’s as rewarding to drive, as it is relaxing to be a passenger in.