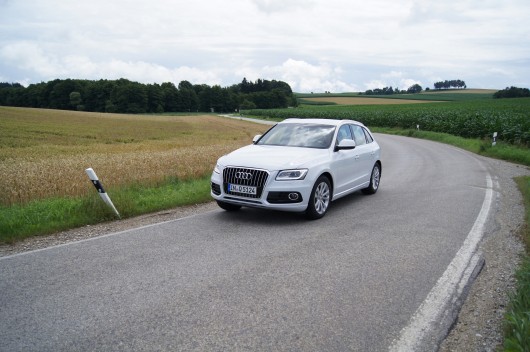 Audi’s new Q5 model has arrived in Ireland, we’ve taken one for a week-long test around Irish roads. It’s not my first experience of the new Q5, I first drove it last July in Munich, Germany, at its European debut. Can it perform as proficiently on Irish roads as it did on the smooth German Autobahns?

The Q5 sits neatly between its smaller sibling the Q3 and the more generously proportioned Q7. The first-generation Q5 was successful with over 430,000 units sold worldwide. Audi has made some slight revisions to the Q5’s exterior, primarily the introduction of new headlights and a front grille, at the rear there’s new tail lights and re-shaped exhaust tips. If you opt for the S Line variants they come fitted with new led daytime running lights as standard, Audi has given them a new distinctive look to differentiate the Q5 from its competitors. The interior has received some mild tweeks, with new materials on offer allowing you to create a personalised look. 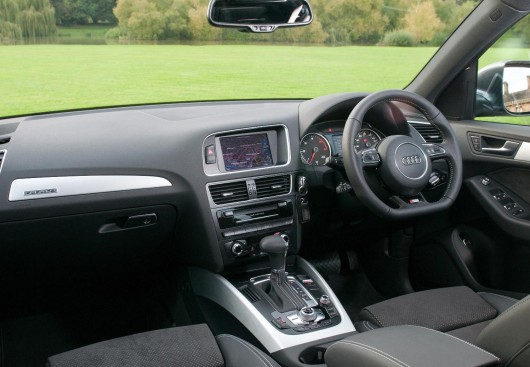 The entry-level variant (priced from €39,595) is powered by a 2.0-litre TDI engine which delivers 143hp and 320Nm of torque. It’s an adequate power unit, although at launch we found acceleration to be a fairly leisurely pace. Our preferred choice would be the 2.0-litre TDI model with 177hp and a healthy 380Nm of torque, it’s this model that we’ve recently driven in Ireland. There’s sufficient power available throughout the rev range, although the power increased isn’t significantly more over the entry-level model, the increased torque on offer results in a more composed drive. Our test car was equipped with Audi’s S-Tronic transmission, it’s a twin-clutch, seven-speed unit that offers seamless gear changes, it’s a must-have unit for the Q5 as it takes the daily strain out of driving in traffic. Should you encounter wintry conditions the quattro permanent all-wheel drive will take care of matters. In normal driving scenarios it will distribute power to the wheels at a ration of 40:60 biased to the rear wheels, it will automatically redistribute power when loss of traction is detected. I’m happy to report that the comfortable ride experienced on German roads is replicated at home in Ireland. There’s an airy sense of space inside the Q5, clocking up the kilometres on a long journey is surprisingly effortless.

The standard level of equipment has seen an improvement over its predecessor, items including Bluetooth, cruise control, climate control, 17” alloys, ESP, rear parking sensors and front fog lights are all standard fitment. There’s a €2,500 premium to upgrade to SE specification, which benefits from such additional equipment as heated seats, 18” alloys, Milano leather upholstery, a colour driver information system and front and rear parking sensors. The top of the range S Line variant costs an additional €2,950 over SE trim. It has its own S Line exterior pack which includes 18” S Line alloys, Xenon headlights with LED daytime running lights, whilst the interior is treated to specific S Line leather and Alcantara seats and a leather multi-function steering wheel. 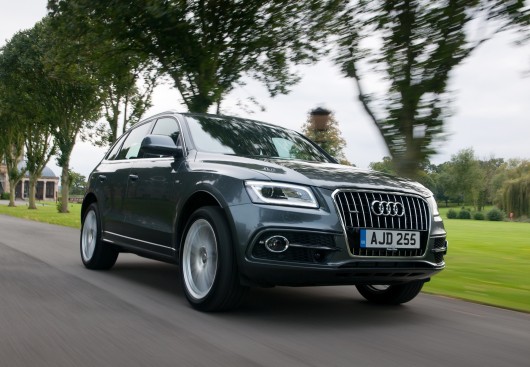 Audi has updated its MMI (multimedia information) system with the introduction of MMI Navigation plus along with Audi connect. This enables you to connect to online services including Google Earth and Google Street View for the navigation system. It also has an integrated WLAN hotspot which allows up to seven devices to connect and access the internet. There will of course be a monthly charge for the internet usage with an internet service provider. We tested this system on a Q5 in Germany and found it to be a resourceful piece of equipment for business travellers on the move.

Audi has given the Q5 an overhaul in terms of style revisions, engine developments and an improvement in interior comfort. It’s now in a credible position to take on its main competitors, mainly the BMW X3 and the Volvo XC60. It’s deserving of a test drive to see for yourself, why we thoroughly enjoyed our time in the Audi Q5.