The Audi A5 was originally launched back in 2009 and until last year remained unchanged. 2016 saw the new A5 launched to the international markets with the first of the new models arriving on Irish shores as the new sales commenced for 2017. That previous model was already a good-looking car. One which caught the eye as soon as it was introduced. This was a new age for modern Audi’s as they strived to produce sleek, sporty family cars. The newest incarnation of the A5 Sportback is no different as it boasts a new exterior which comprises of sleek looks and yet also has a muscular appearance to it. 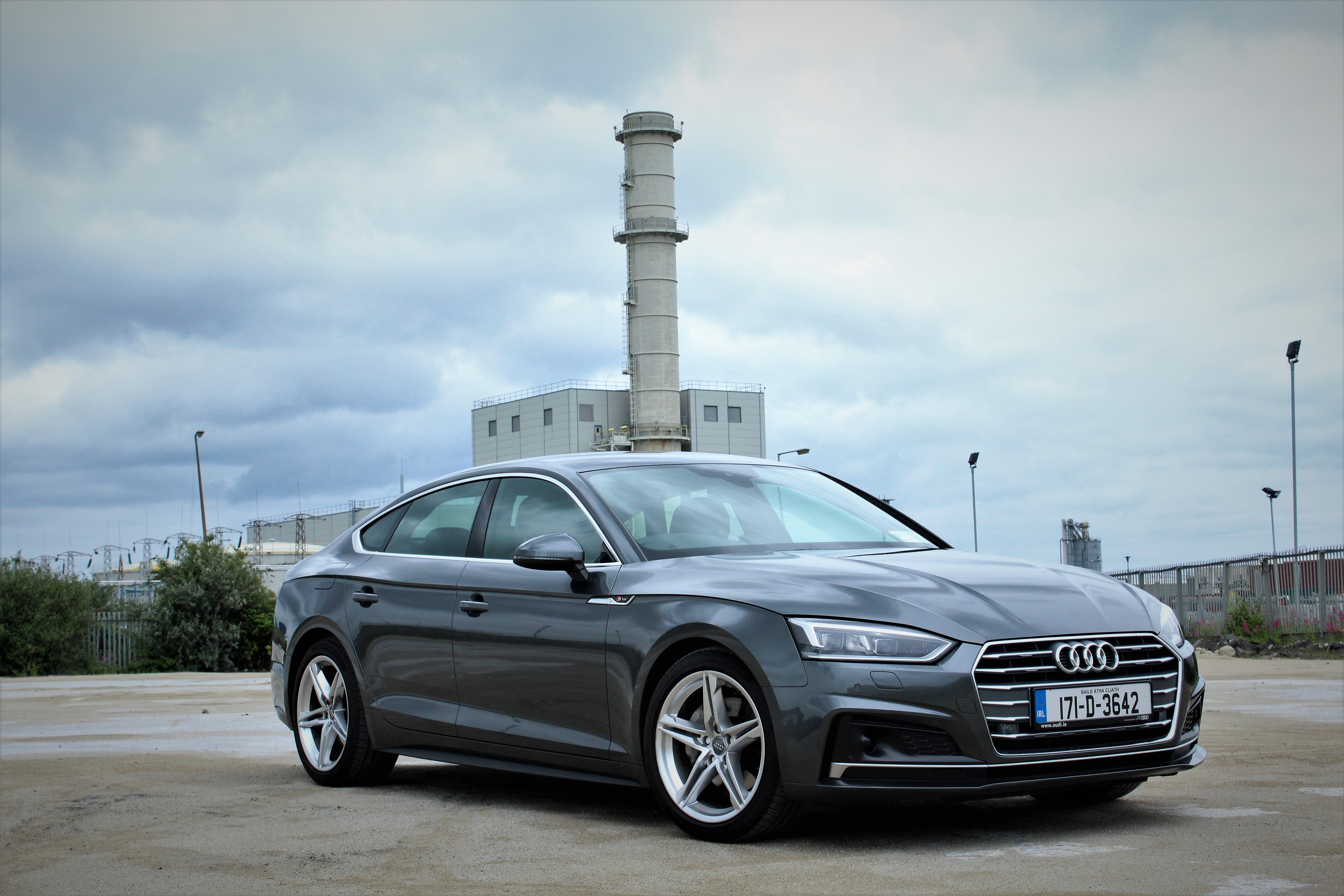 Sitting into the new A5 Sportback you will soon realise that no expense has been spared in ensuring that the materials used throughout are of the finest of quality. In SLine trim, my test model had the added benefit of sport seats finished in leather and alcantara. Space throughout the cabin is plentiful, while storage is reasonable. One issue that I did notice however was trying to get my toddler into the rear facing child seat due to the sloping roofline of the Sportback. 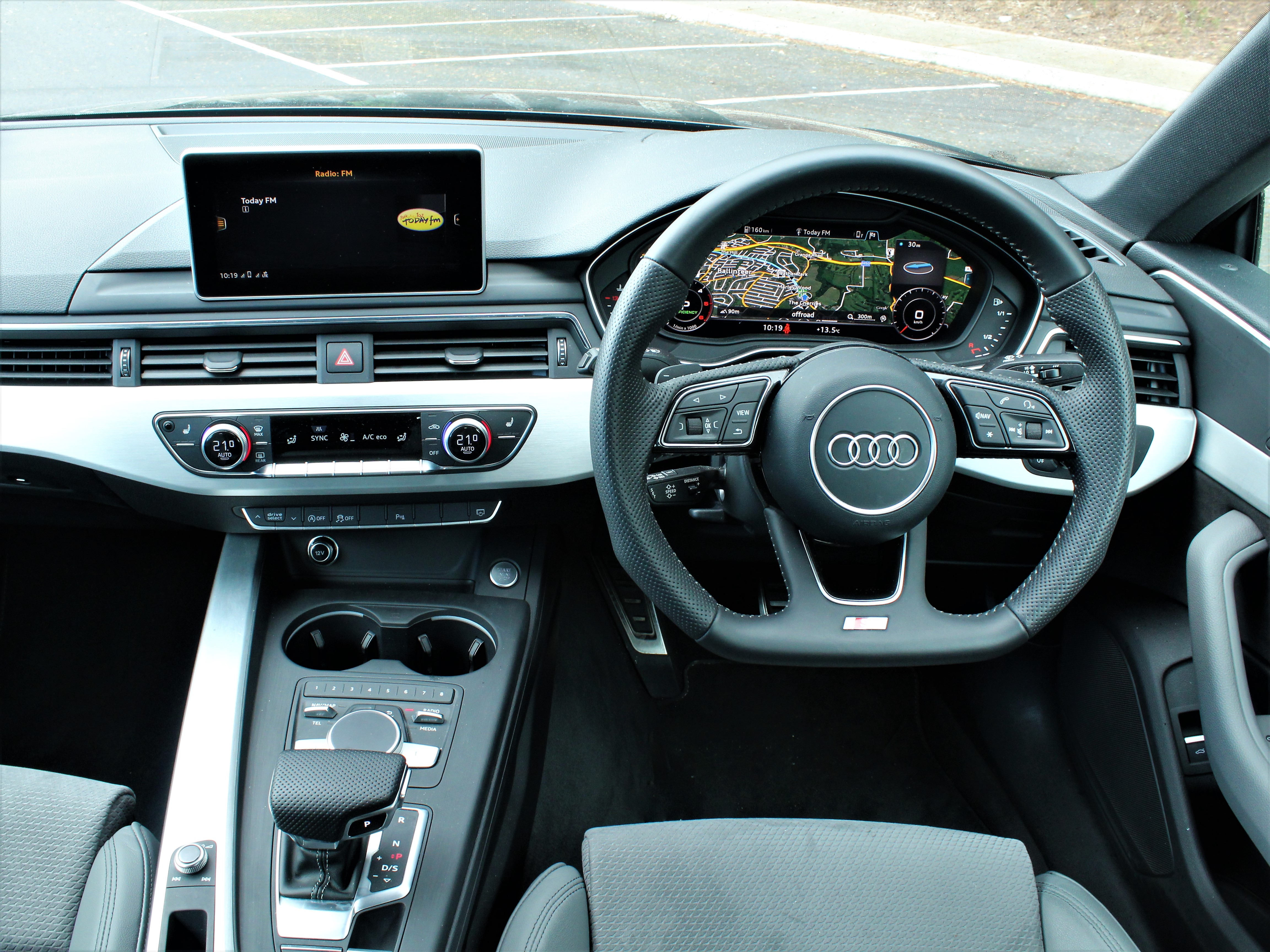 If the A5 Sportback or any Audi are on your shopping list, one extra which I would strongly recommend in splashing out on is the virtual cockpit. For as little as €355 in the A5 Sportback you get one of the most sophisticated dash displays available on the market. Audi have hit the nail on the head with this one. In simple terms, your dash becomes an interactive screen allowing you to view all your driving data along with your 3D Sat Nav at a glance on the 12.3 inch full colour instrument cluster. The Audi MMI navigation is standard on the A5 Sportback also. The remainder of the cabin area which is centred around the driver has an uncluttered feel to it and everything has its place. The 8.3-inch high-resolution screen located at the centre of the dash is both touchscreen and can also be controlled from the rotary dial and keypad located in front of the gear selector. 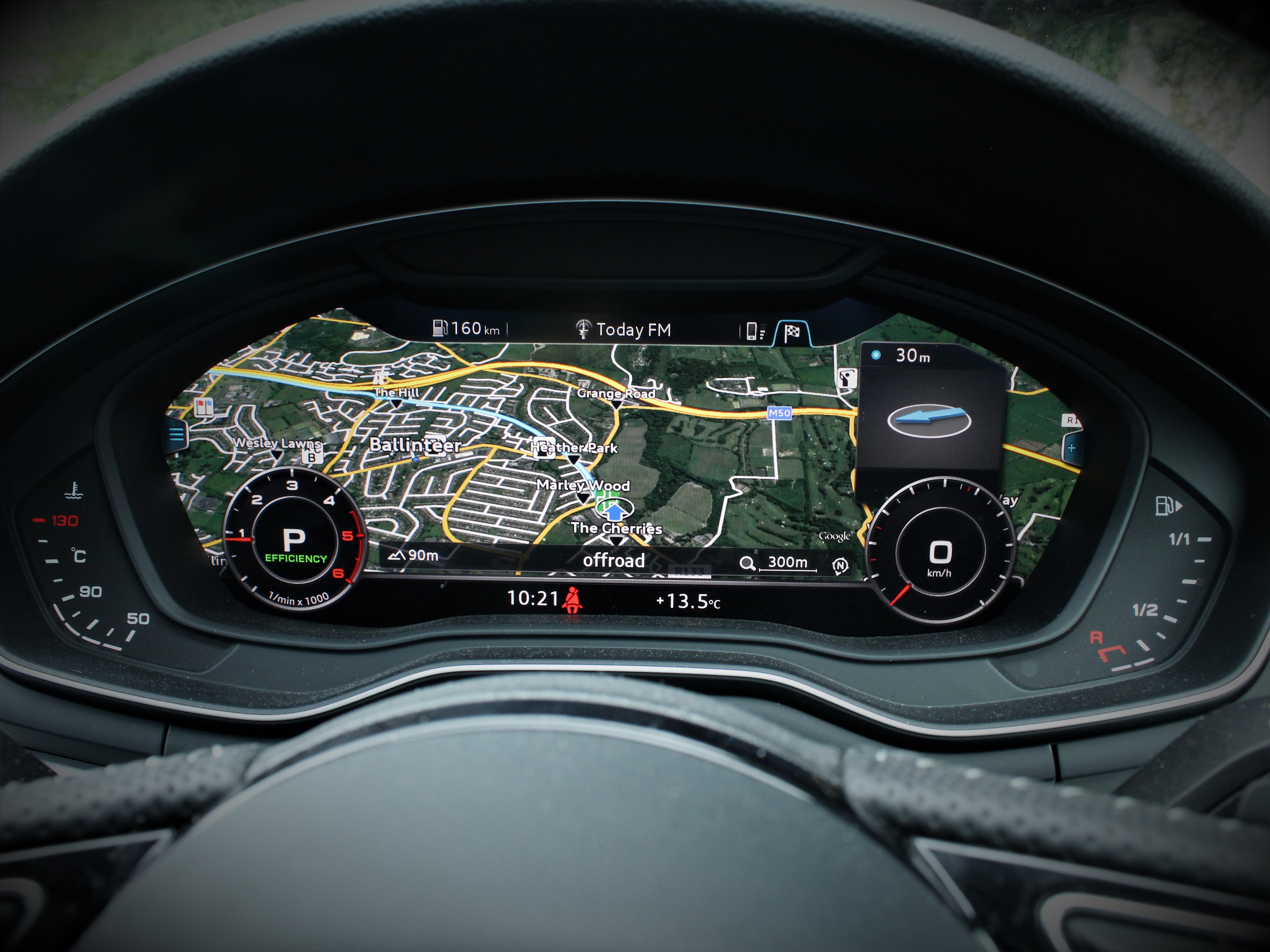 The seating position throughout the A5 Sportback feels low yet you don’t feel like you have to climb out of it when exiting. The boot also boasts a capacity of 480 litres. Golf clubs fitted in with ease, some will be glad to read!

Taking to the road in the new A5 Sportback you will not be disappointed. The sport suspension which is standard on the SLine trim ensures that every journey is completed in the upmost comfort. My test model for the purpose of this review was powered by a 2.0 litre TDI diesel engine with 190hp and paired with a 7 speed S-Tronic transmission. As has commonly been the case on many of the automatic Audi’s which I have driven in recent years, gear changes are seamless and the A5 quickly becomes an absolute pleasure to drive. 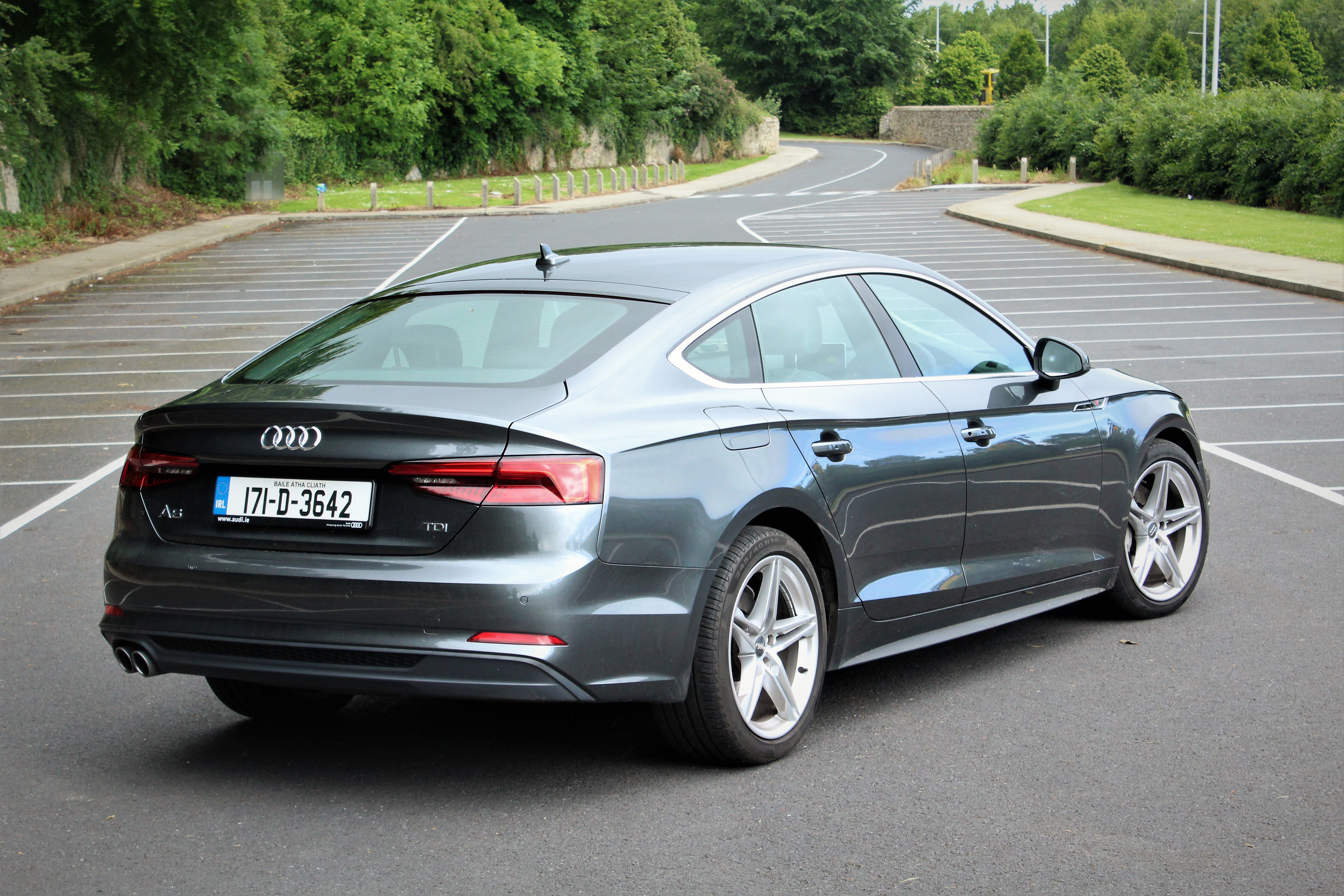 Another optional extra which was fitted to my test car was the “Assistance Package Tour”. This system includes adaptive cruise control, camera based recognition system, lane assist and multifunctional recognition camera. Put simply, this is one of the most advanced assistance packages that I have experienced in recent times, with the exception of some Tesla models tested recently. The Audi system foresees the speed limit ahead and already has your speed reducing or increasing before you have even thought about it. It also recognises when there is a roundabout ahead and adjusts your speed accordingly. The result of these systems is that you are stepping into a safer driving environment where the car is reducing the risks for you all the time because it sees them before you do sometimes. This by no means takes the onus off the driver of having to pay attention at all times rather it is another driving aide to mitigate the risks to you and other road users. 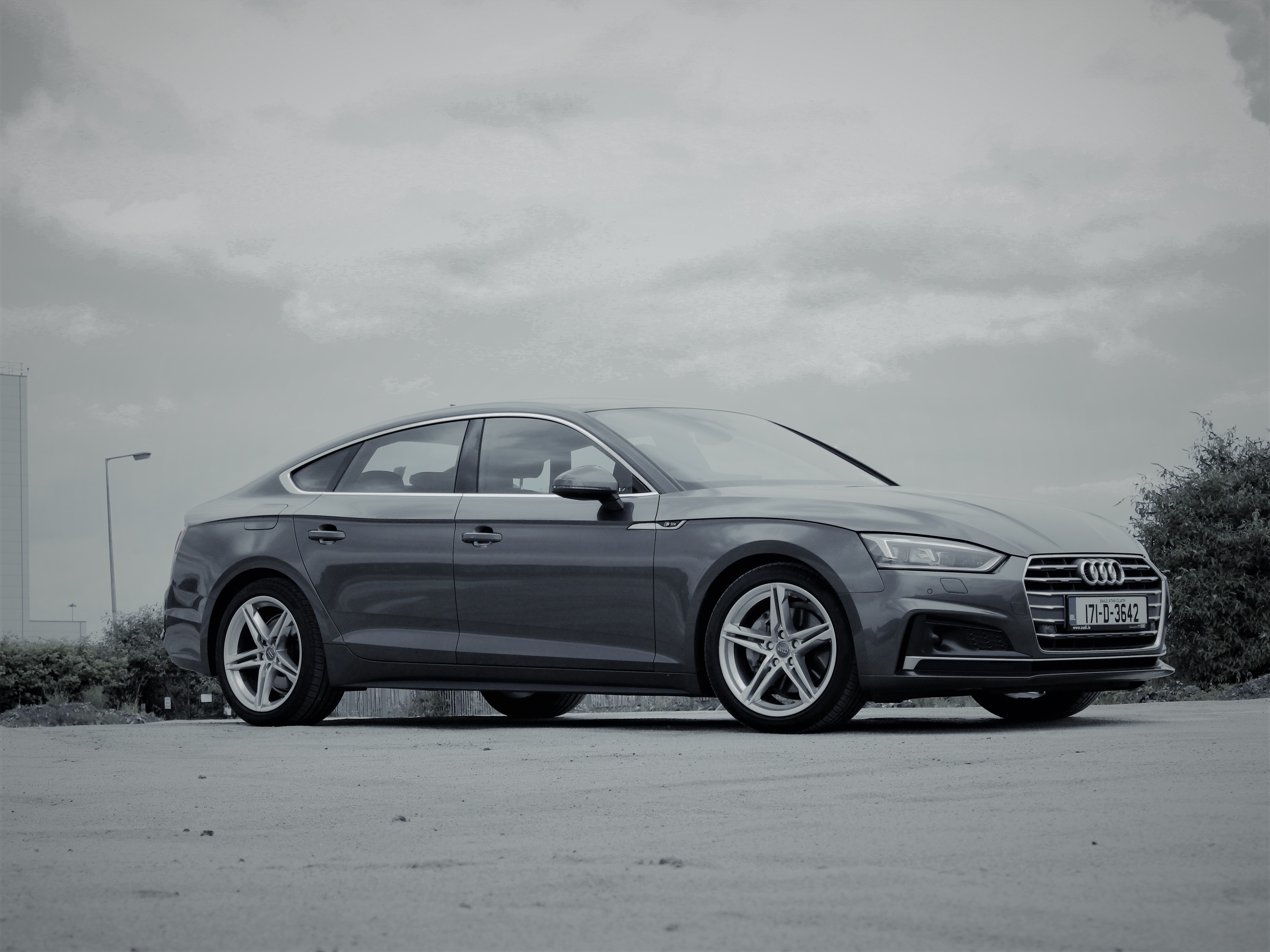 The 190hp 2.0 litre TDI engine performs very well in the new A5. Engine noise is minimal as is wind noise on longer motorway drives. The addition of the sports suspension ensures that the A5 Sportback can deal with almost any surface in its stride. The steering feels precise and even in the front wheel drive specification of my test model, cornering was achieved with ease even at more aggressive speeds. 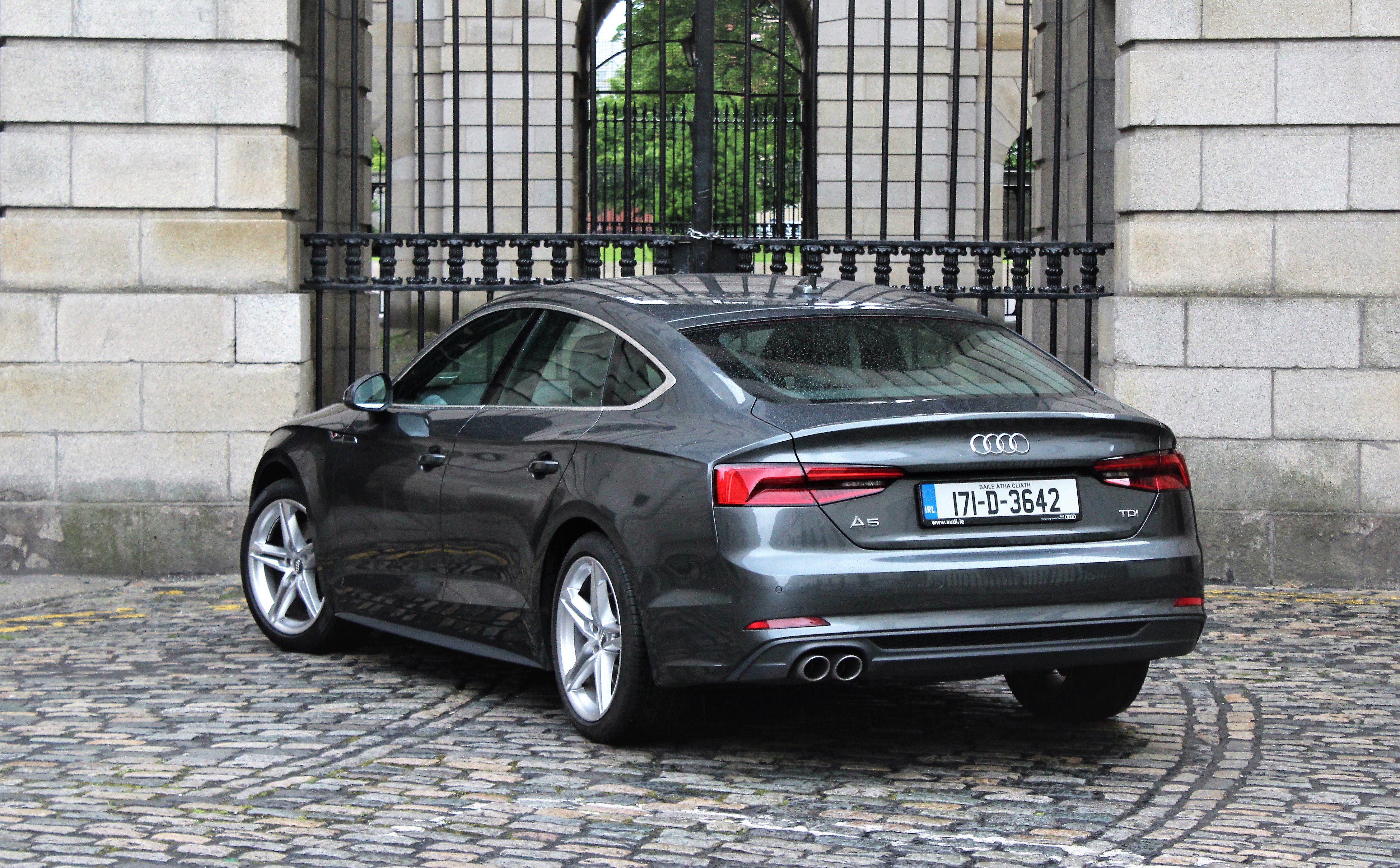 Overall the new A5 Sportback ticks many of the virtual boxes. Sleek looks, interior comfort, excellent virtual cockpit and infotainment system and highly intelligent safety systems mean that Audi have once again delivered a model that appeals to many. No car suits everybody’s needs but in a market segment that is creating its own niche the new A5 Sportback should definitely be considered when parked alongside the BMW 4 Series or the Mercedes C Class.