Home Latest News Audi A3 Sportback named Car of the Year at What Car? Awards 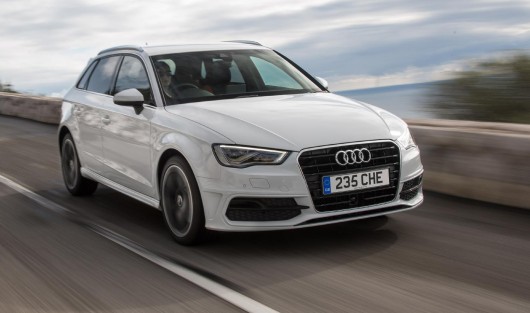 The Audi A3 Sportback has been named Car of the Year at the annual What Car? Awards. Described by judges as ‘setting a new benchmark’, the model was also awarded Small Family Car of the year at the ceremony which took place in London on Wednesday.

When it officially launches in Ireland in February, prices will start at €26,900. Characterised by its sporty, long and lean design, the new A3 Sportback is 90kg lighter than its predecessor thanks to ultra lightweight technology.

Commenting on the award win Andrew Doyle, managing director, Audi Ireland said: “We are delighted that the A3 Sportback has been recognised at these prestigious awards. The model has been designed with the sophisticated demands of our customers in mind and will officially launch in Ireland in February. We are confident that this latest model will echo the success of its predecessor and will be well received by Irish motorists.