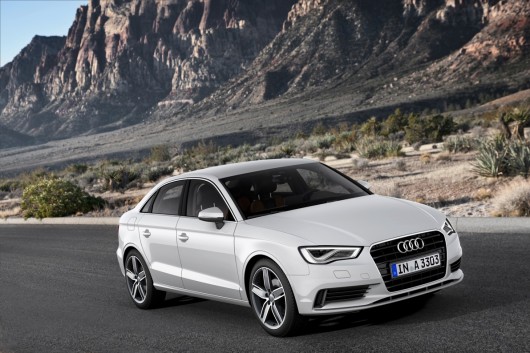 This week we got an invite to Dublin’s O2 for the unveiling of the all-new Audi A3 Saloon. Audi has spotted yet another niche in the market with no premium manufacturers in the compact saloon sector. After a brief introduction the covers were pulled to reveal yet another masterpiece from the German giant. On paper, this shouldn’t work, the A3 doesn’t seem like it would lend itself to a four-door saloon body. In my mind I thought surely it would look like a dodgy A4 clone but how wrong I was, it looks sublime! The lines are proportionate and perfect, the interior is well appointed and still spacious and you get Audi’s renowned power plants that will make this car a force to be reckoned with. 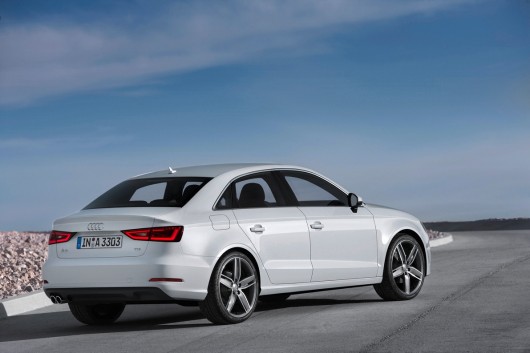 So what made Audi build yet another saloon car? Well the stats say it all really, Irish people like saloons and in 2012 a whopping 28% of cars sold were saloons. We like the practicality of four doors with a large boot and for some unknown reason we have never fell in love with estates or wagons like some of our European counterparts have. The question will be if Audi tempt saloon buyers away from larger models by other manufacturers for the premium A3 or indeed will base line A4 saloon buyers prefer higher spec’d A3 saloons? Only time will tell, but as long as there are more cars wearing four rings up front registered, then that’s all that matters. 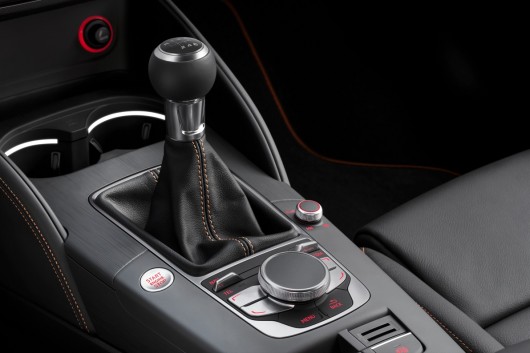 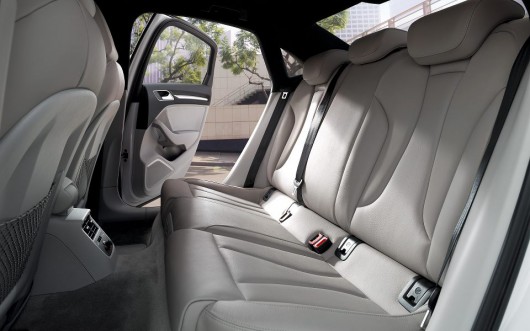 As with other A3 models we were informed that depending on the engine chosen, the standard transmission is either a manual six-speed or the S tronic dual-clutch transmission, which offers the S tronic with freewheeling function. On the entertainment front you get Audi’s infotainment system and the top of the range MMI Navigation plus with an SSD hard drive offering 64 GB of storage is also available. So what else can we expect from the A3, will it be as exciting as other models in the Audi range? Yes for sure, Audi even plan an S3 variant later in the year which will have a 2.0 TFSI engine producing 300HP and 380 Nm of torque. This turbo-charged Audi S3 Saloon accelerates from 0 to 100 km/h in 4.9 seconds in S tronic trim and with the manual transmission it takes 5.3 seconds. It will be electronically limited to 250 km/h, which is enough to get the heart racing! These are exciting times for Audi as they enter yet another market segment. Will the A3 Saloon be the trendsetter in the premium compact market? You would be crazy to think any different. Premium manufactures take note, Audi have just set the benchmark. 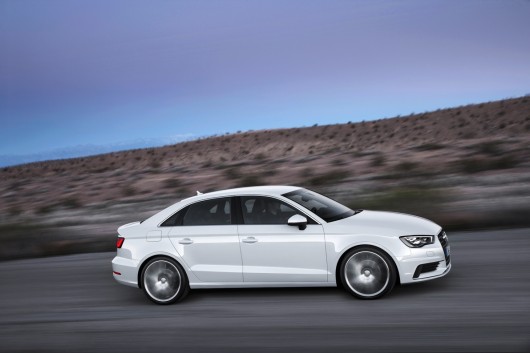