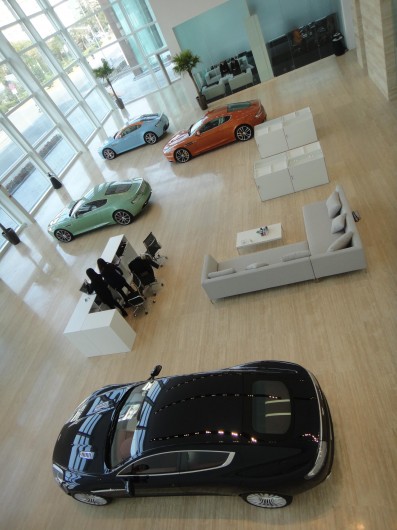 After significant investment and growth in China, Aston Martin continues its bold expansion, with the recent opening of the luxury British marque’s largest flagship showroom, in the Pudong district of Shanghai.

With space for up to eighteen new Aston Martins, the showroom offers a truly unique and comprehensive luxury experience including a café, lounge, Aston Martin merchandise display and sales area, fully equipped service centre, Jaeger-LeCoultre time-pieces and Bang & Olufsen audio/visual displays. Opened in conjunction with the existing Aston Martin dealer group, owned and managed by Mr Zheng Ting, the new appointment marks the seventh dealership for Aston Martin in China and the third for Mr Zheng.

Dr Matthew Bennett, Asia Pacific Regional Director said: “We are excited with Aston Martin’s ongoing development and performance in China. This wonderful new dealership sets the benchmark for luxury car showrooms across Asia and the experience each and every visitor should expect.

“With our existing China network of experienced Aston Martin dealerships, further future growth earmarked across the coming year and a number of exciting product developments to be announced during 2012, our China business is expected to continue growing strongly.”

Aston Martin Shanghai has a stunning display of the company’s model line-up, carefully positioned as pieces of sculpture presented in a gallery-style space, a world apart from conventional showrooms. From the breathtaking One-77 supercar to the powerful Vantage range, and new Virage to the exquisite DB9, DBS, four-door Rapide, and soon to be joined by the elegant yet brutal V12 Zagato recently confirmed for strictly limited production.

After initially entering the China market in 2008, Aston Martin now has dealerships in Beijing, Chengdu, Hangzhou, Shanghai, Guangzhou and Shenzhen. Showrooms will open shortly in Chongqing, Shenyang and Ordos with further expansion planned during 2012. The market will continue to spearhead the company’s future growth in Asia with sales in 2011 up 103 per cent on the previous year. 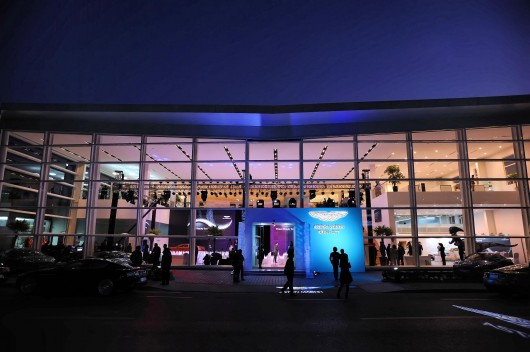