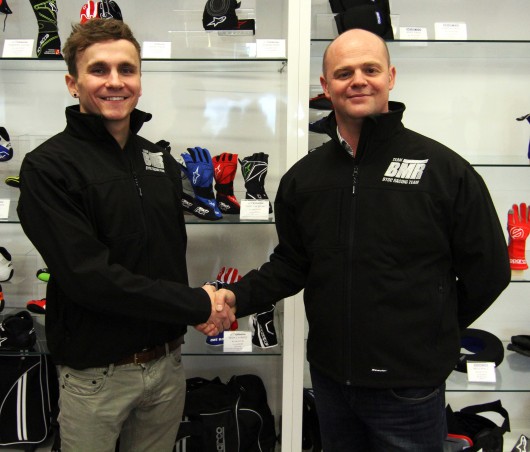 Árón Smith will contest this year’s British Touring Car Championship with Team BMR and will be joined by Double British Touring Car Champion Alain Menu. Team BMR will run a duo of heavily revised NGTC Volkswagen Passat CC’s originally built in 2013 by RML and run by Tony Gilham. Commenting on the announcement Smith said, “I’m really excited to be joining team-owner Warren and of course Alain for the 2014 season. The team itself is relatively new, but the people within the team including Chief Engineer Geoff Kingston and Team Manager Alan Cole are certainly very experienced and this was a major attraction to the team for me.”

Team BMR Team Principal Warren Scott is equally delighted to welcome Árón to his team for 2014: “We are extremely proud as a Team to have managed to secure such an incredible driver line up. To have Árón with us is a statement of our intentions for the coming season and beyond. Árón is an exciting young talent and has already shown what a class act he is with six podiums in his first two years in the BTCC, one of which being a race win at the Brands Hatch season finale in 2012. 2013 saw four podiums in NGTC machinery with a double podium at both Snetterton and Silverstone. So for Árón to be piloting one of our cars is incredible and we are very excited for the year ahead.”

All of us at rev.ie wish Árón all the very best for the 2014 race season.