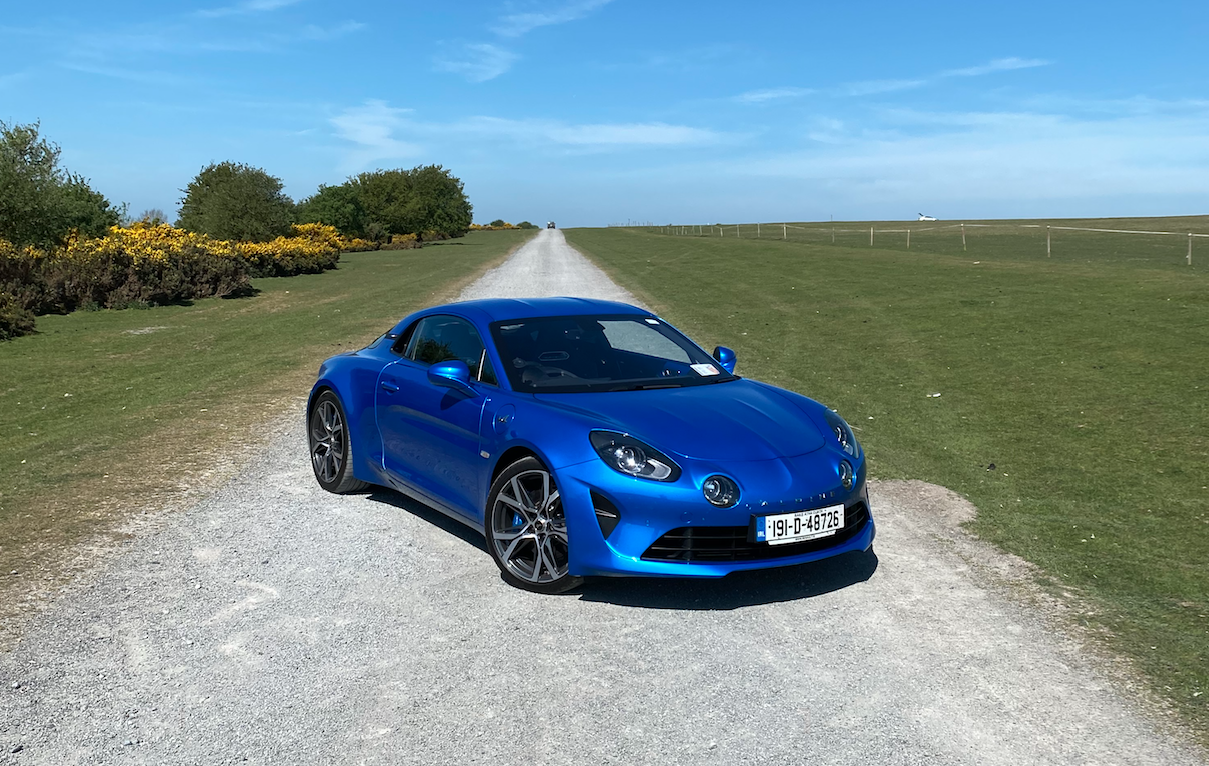 Its days like this we live for as motoring journalists. Getting to drive unique and individual machinery is what excites us and with Alpine now back producing cars for the road, the future of motoring could be a brighter place! Alpine as a company are French based at the Dieppe factory, which was built in 1969. The brand made some incredibly exciting Renault powered cars over the years but production halted in the 1990’s with Alpine due to increasing costs and less demand. The Renault Sport division took residency in the Dieppe factory afterwards and other unique cars like the Clio V6, the Espace and current R.S. models all came to fruition. In 2017 the Geneva Motorshow saw the Alpine brand revived in the familiar shape of the A110 with deliveries starting at the back end of the year. This was a super lightweight focused car and finally, it has made its way to Ireland. Renault Ireland are currently testing the market with this particular vehicle in an effort to not only gauge interest but also to create brand awareness now that the Alpine name is also back in Formula 1. That partnership between Alpine and Renault needed to reborn and with the exciting A110 they have certainly hit the ground running! 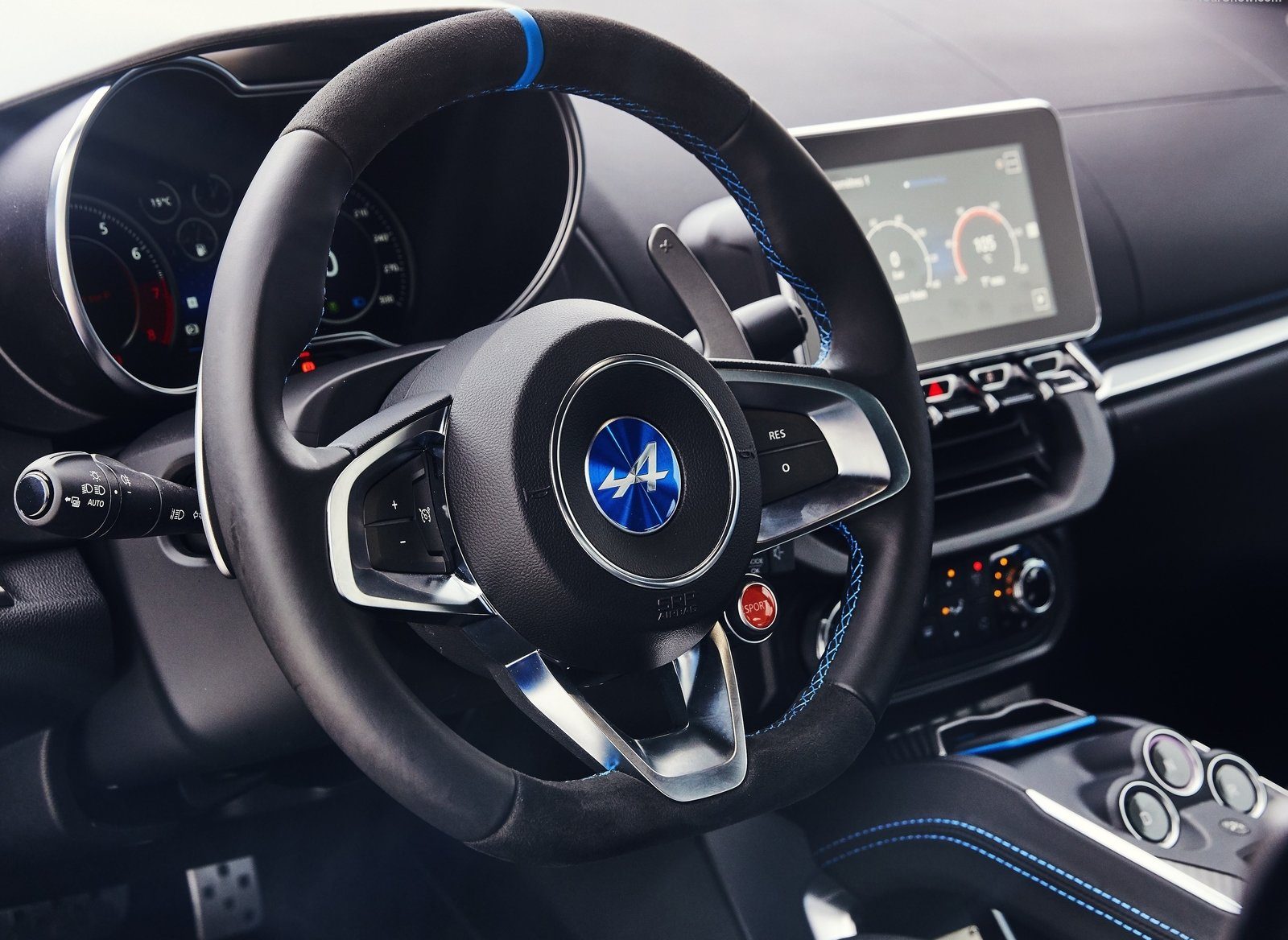 Ok so what sort of package have we got? The Alpine A110 is ultra-light at only 1080kg kerb weight with an aluminium platform and body that’s bonded, riveted and welded to provide exceptional rigidity. Its compact size, incredible weight distribution and low centre of gravity are all key to making this the ultimate throw back to the original 60’s A110 Berlinette. In looking at the side profile you can see how the design is sleek and efficient with the bodywork wrapping around lightweight 18-inch wheels keeping the footprint to a minimal. Up front Alpine’s DNA is evident with four independent full LED daytime running lights and that familiar central spine on the bonnet. The supercool ‘X’ shaped LED taillights with dynamic turn indicators give the car a low and aggressive stance from behind. Inside the A110 is minimalist but by no means sparse. The driving position is incredibly comfortable with loads of head room and you can see top quality materials like the natural-grain leather work in harmony with the body coloured structural aluminium and stunning carbon fibre. Our test car was in Légende trim and it featured the premium Focal Audio sound system, Alpine mats and other creature comforts like parking sensors. 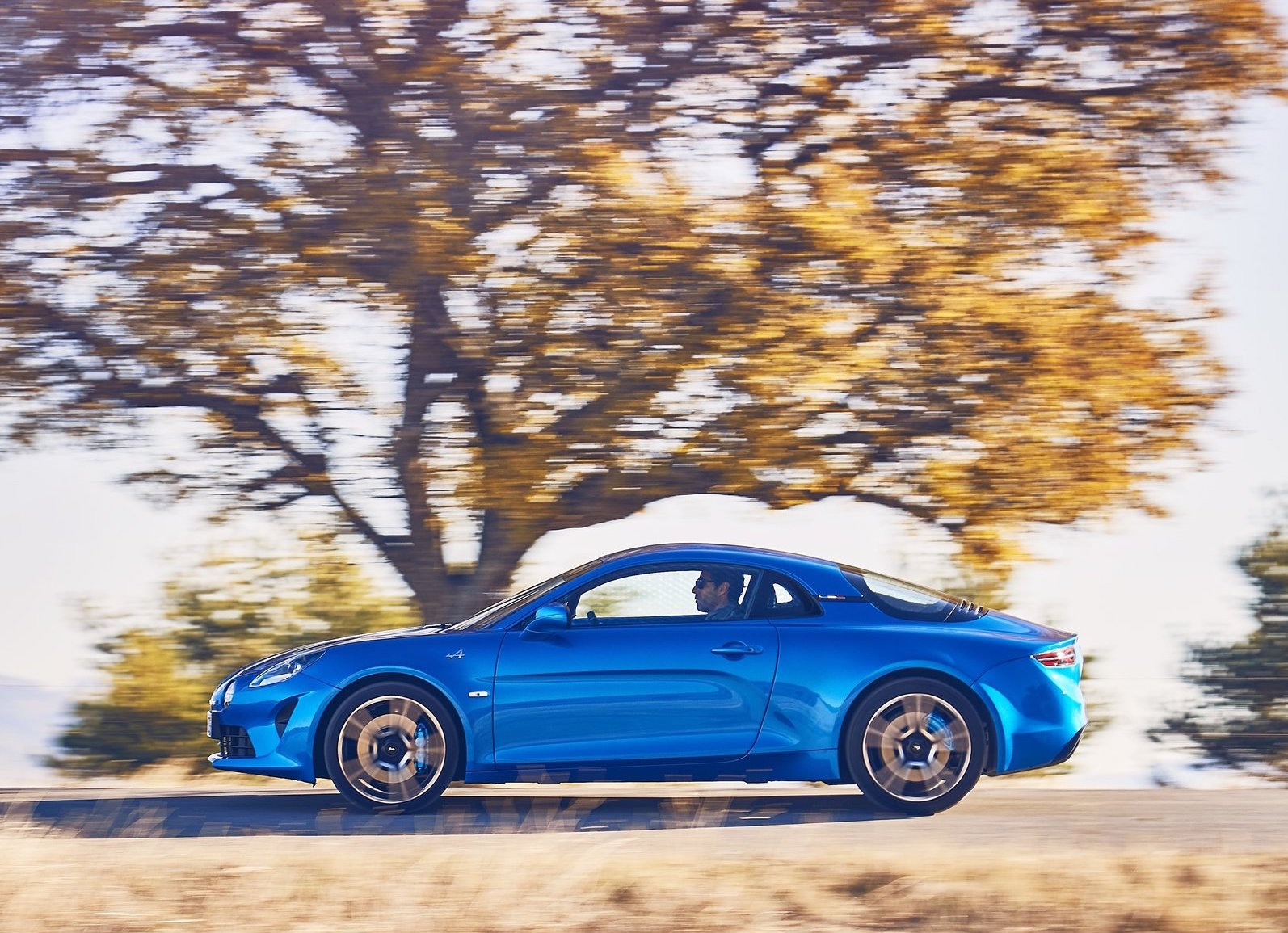 The Alpine A110 is powered by the familiar 1.8-litre 4-cylinder turbocharged engine usually found in the Megane RS. It doesn’t necessarily feel the same though because Alpine’s engineers worked closely with the team in Renault Sport to make a specific air intake, turbocharger, exhaust system and a different state of engine tune to result in 252hp and 320Nm of torque. Those figures and the fact that the A110 weighs as much as a packet of crisps results in a power-to-weight ratio of 233hp/tonne punching it from 0 to 100km/h in just 4.5 seconds. This is no doubt helped by a Getrag 7-speed wet-clutch DCT gearbox which you certainly couldn’t change a manual as fast. A single exit active sports exhaust system expels unwanted gasses and it doesn’t sound half bad under load either! 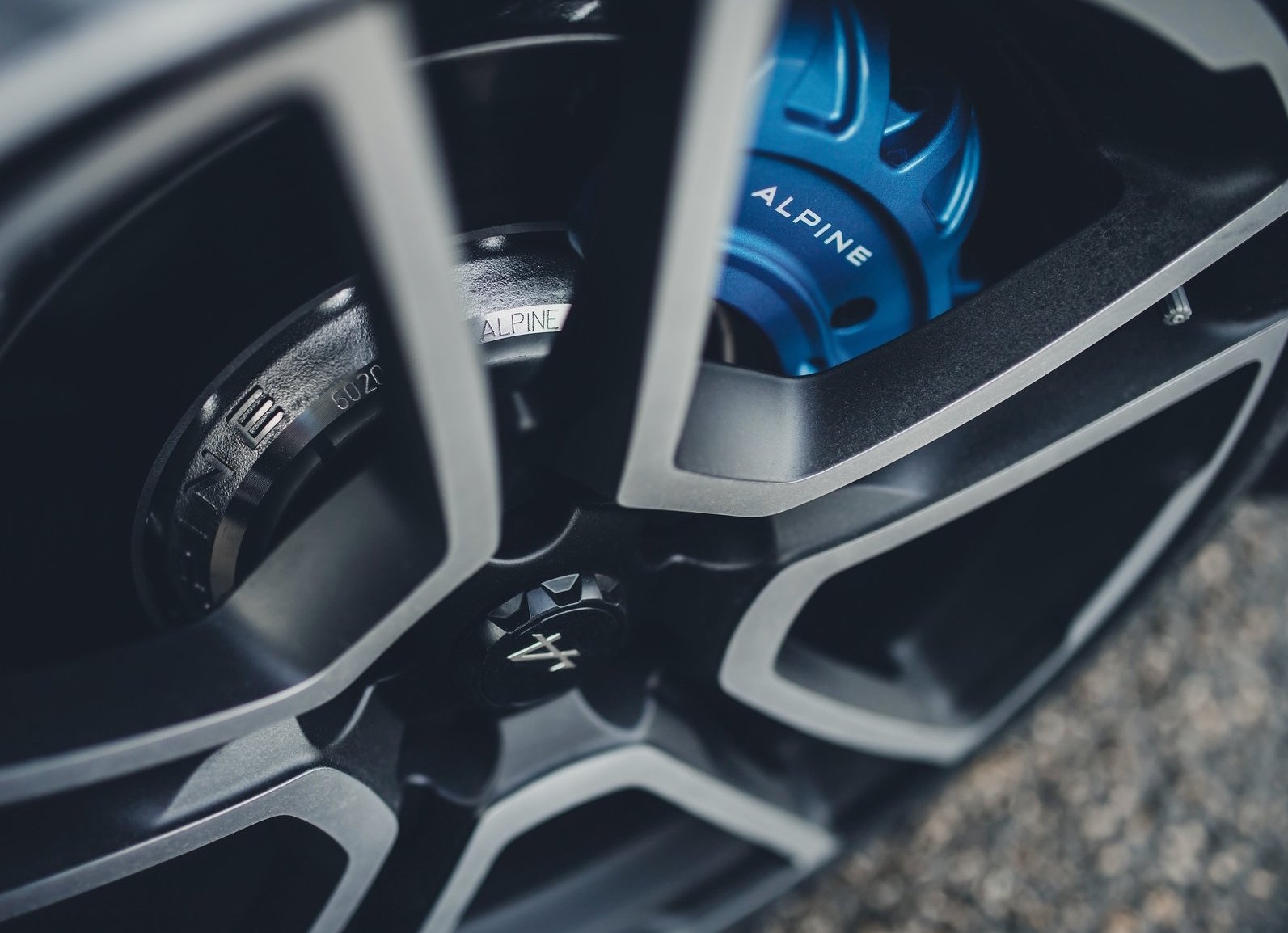 The A110 hasn’t been and apparently is unlikely to be tested by Euro NCAP. There are the traditional safety systems, which you would expect including Autonomous Emergency Braking, Hill-start Assist and airbags in all the usual spots. Our Légende trim test car brings the added convenience of the parking aids as mentioned previously. 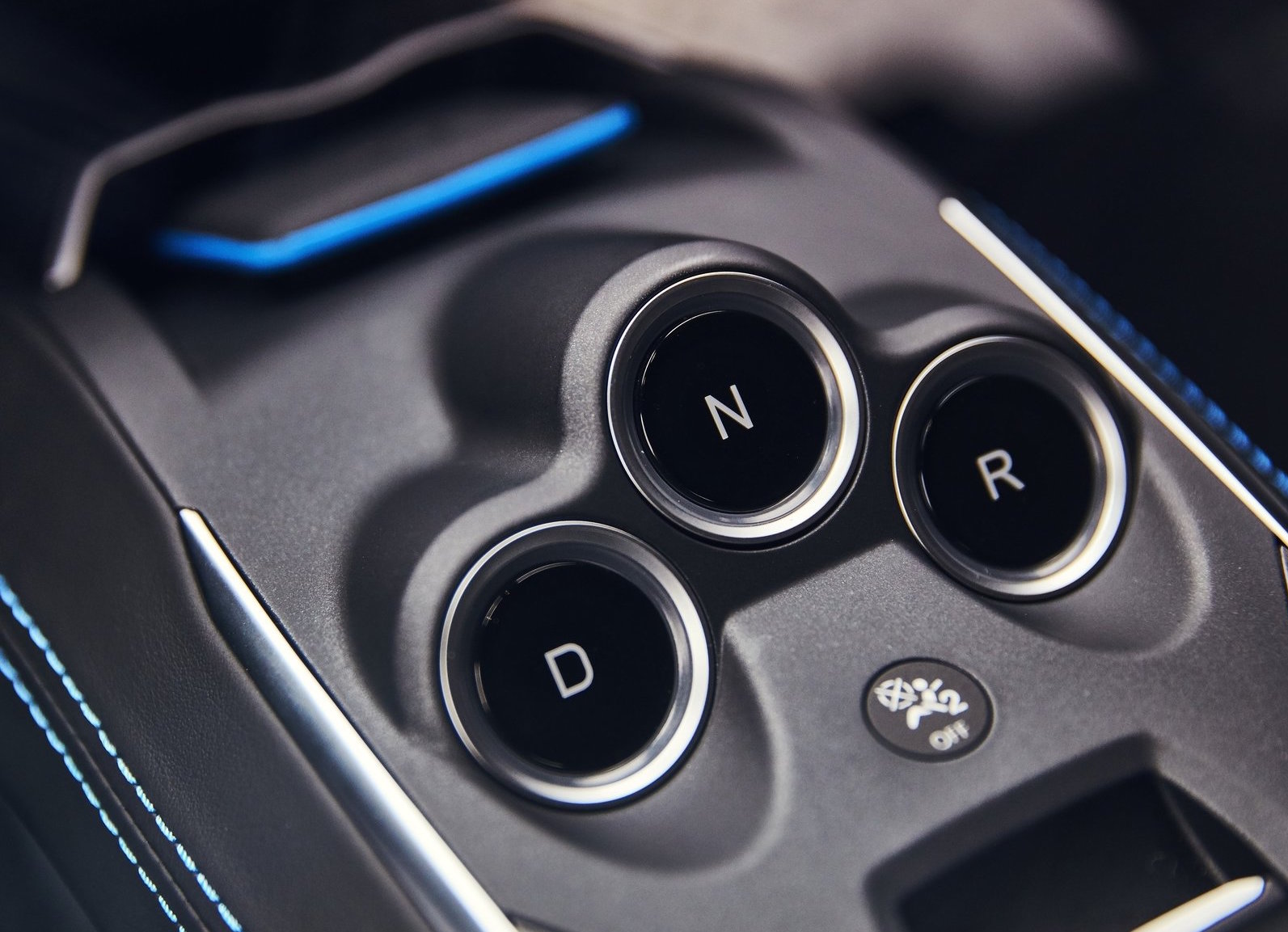 Pricing is vague at the minute because Renault are not 100% sure if it will hit the Irish market officially. We are guesstimating a touch north of €70,000 for this particular Légende model making it a competitor for the Porsche Cayman and Audi TTRS. 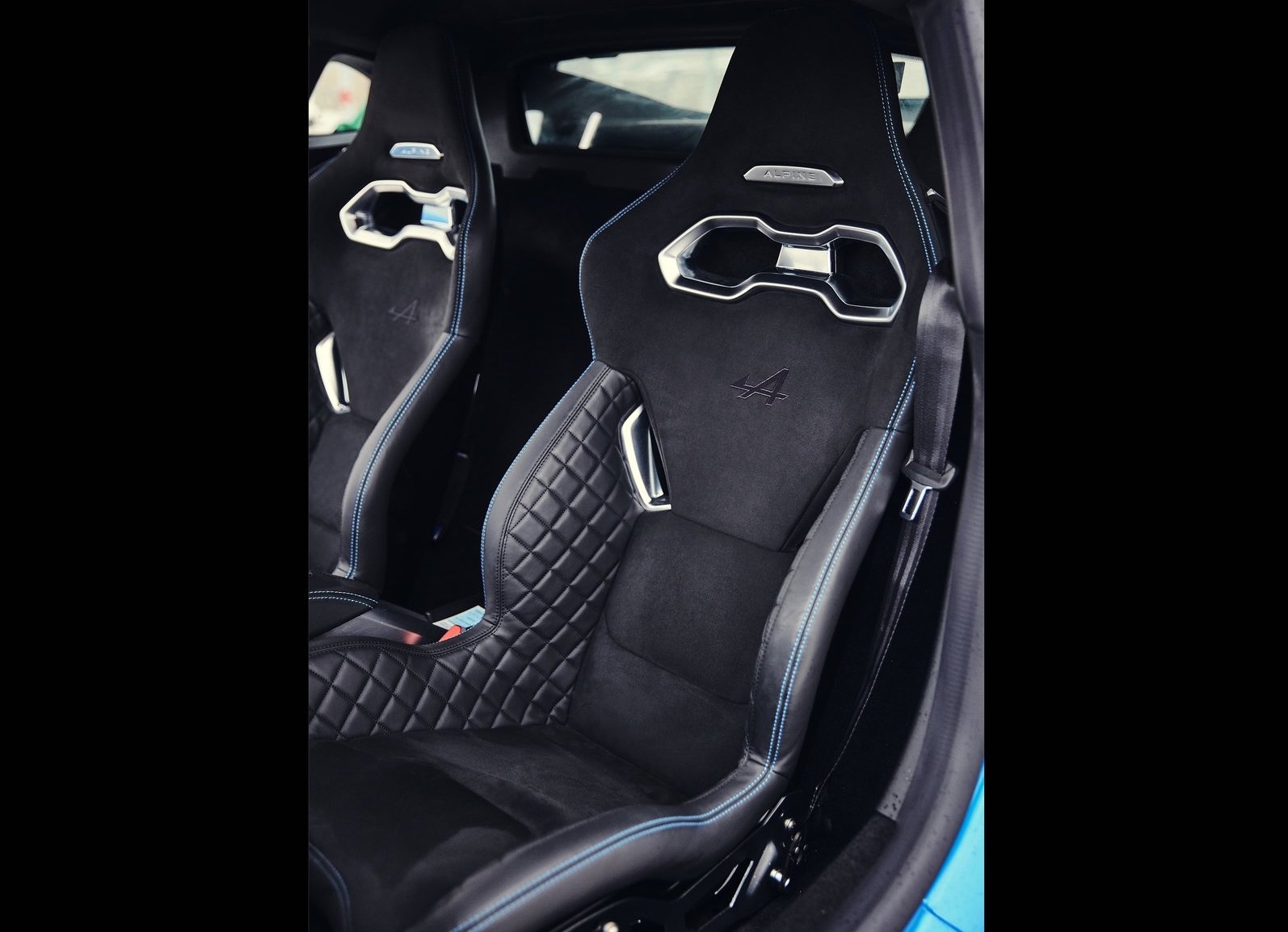 Ok now the fun bit, what was it like to drive and live with. Well the lightweight A110, combined with double wishbone suspension front and rear, provides excellent handling and performance while at the same time offering incredible ride comfort and real world usability. This is biggest compliment you can give a car of this weight. I can’t stress how compromised other cars are in this category. Yes they are fast, good looking but when you live and try daily drive sports cars in this weight division, they can reduce your lower spine to sawdust! The power is more than adequate and you have three driver modes (Normal, Sport, Track) in which the engine and gearbox settings, ESC, steering, exhaust note and driver display are adapted to suit the road ahead. I found Sport engaging whilst not to raucous even in everyday conditions but I relish the opportunity to push it a little more in Track mode on a circuit possibly someday.

The other surprising thing is its actually economical thanks to its low weight and decent CO2 emissions. In old money the A110 can easily return 35mpg even with some spirited driving. Space isn’t a massive issue either with a small boot behind the engine and frunk under the bonnet. A case and a couple of soft bags will easily make that road trip possible. So what’s next for Alpine and the future of the exciting brand. Well since this A110 hit the road the company have teased us with the A110 SportsX concept, which features a widened track and styling that pays homage to the original A110 racecar but if truth be told, it might never become a reality. Alpine have been asked to concentrate on electric powered cars going forward. The task of bringing engaging electric sports cars to the roads is underway and we have been told to watch this space. All we know is that if the A110 is the combustion engine swan song, then what a way to go out! 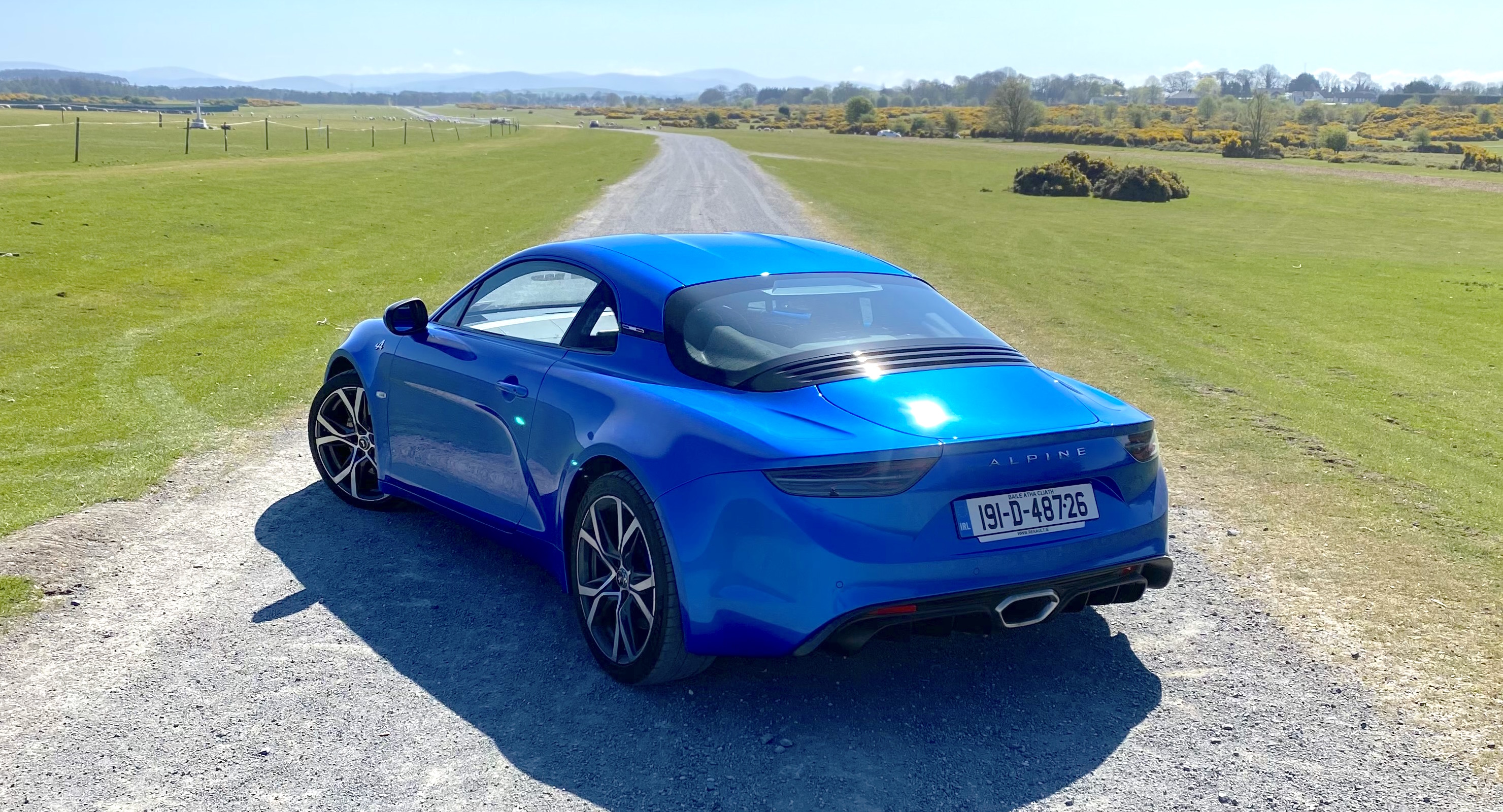 Nothing other than the headunit.