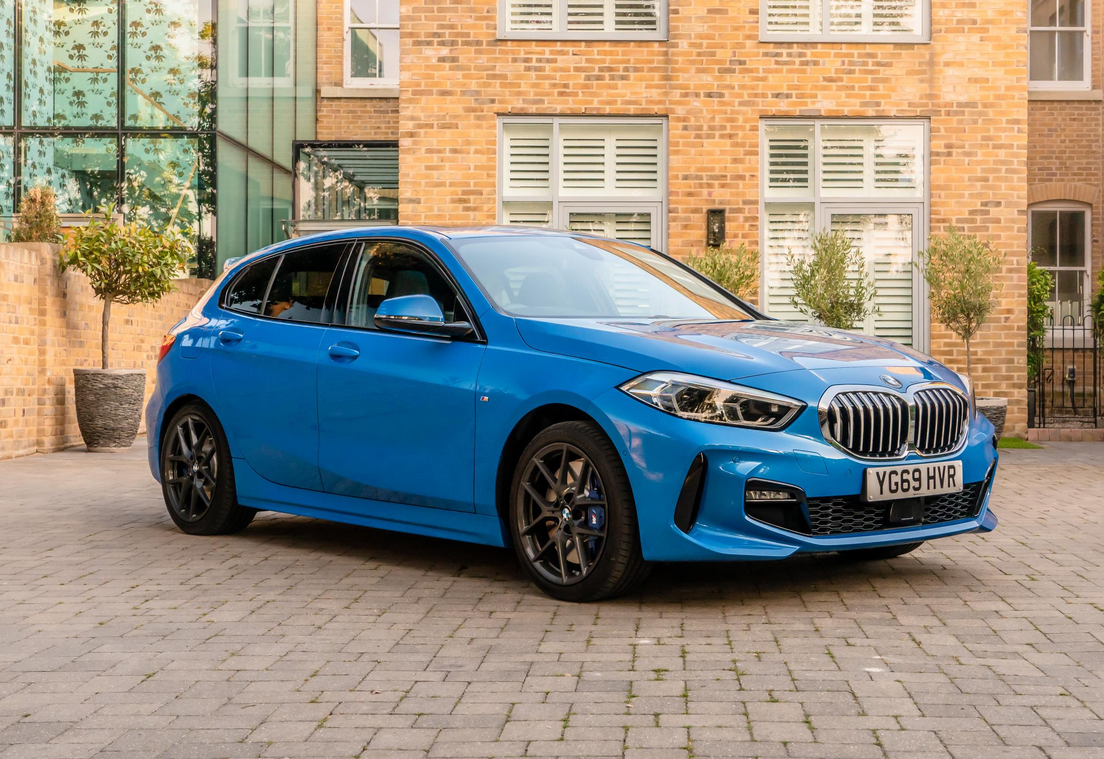 The wait is finally over as the arrival of the all-new BMW 1 Series marks the dawn of a new era for this successful model that has consistently combined handling excellence, practicality, technology and quality. Now in its third generation, the BMW 1 Series features a dynamic design, roomier interior, a raft of cutting-edge technologies as well as BMW’s trademark agility and superior performance. It features a shorter bonnet and significantly more space within a footprint almost identical to that of its predecessor. At 4,319 millimetres, the new BMW 1 Series is five millimetres shorter, 34 millimetres wider and 13 millimetres higher. At 2,670 millimetres, the wheelbase is 20 millimetres shorter.

There have been a number of design changes including a new standard LED headlight arrangement, a more wedged shaped silhouette and a pronounced ‘shark nose’. At the front, the BMW kidney grille is larger and, for the first time in this model range, the kidneys merge in the middle. The range-topping BMW M135i xDrive features a distinctive grille with a mesh design instead of the classical bars. Viewed from the side, the BMW 1 Series features a distinctive window graphic enhanced by two character lines. One runs below the door handles from the front wheels to the rear wings, while the other starts in the lower part of the front door before lifting towards the rear quarter. In addition, the greenhouse is elongated with the traditional Hofmeister Kink now incorporated into the C pillar. 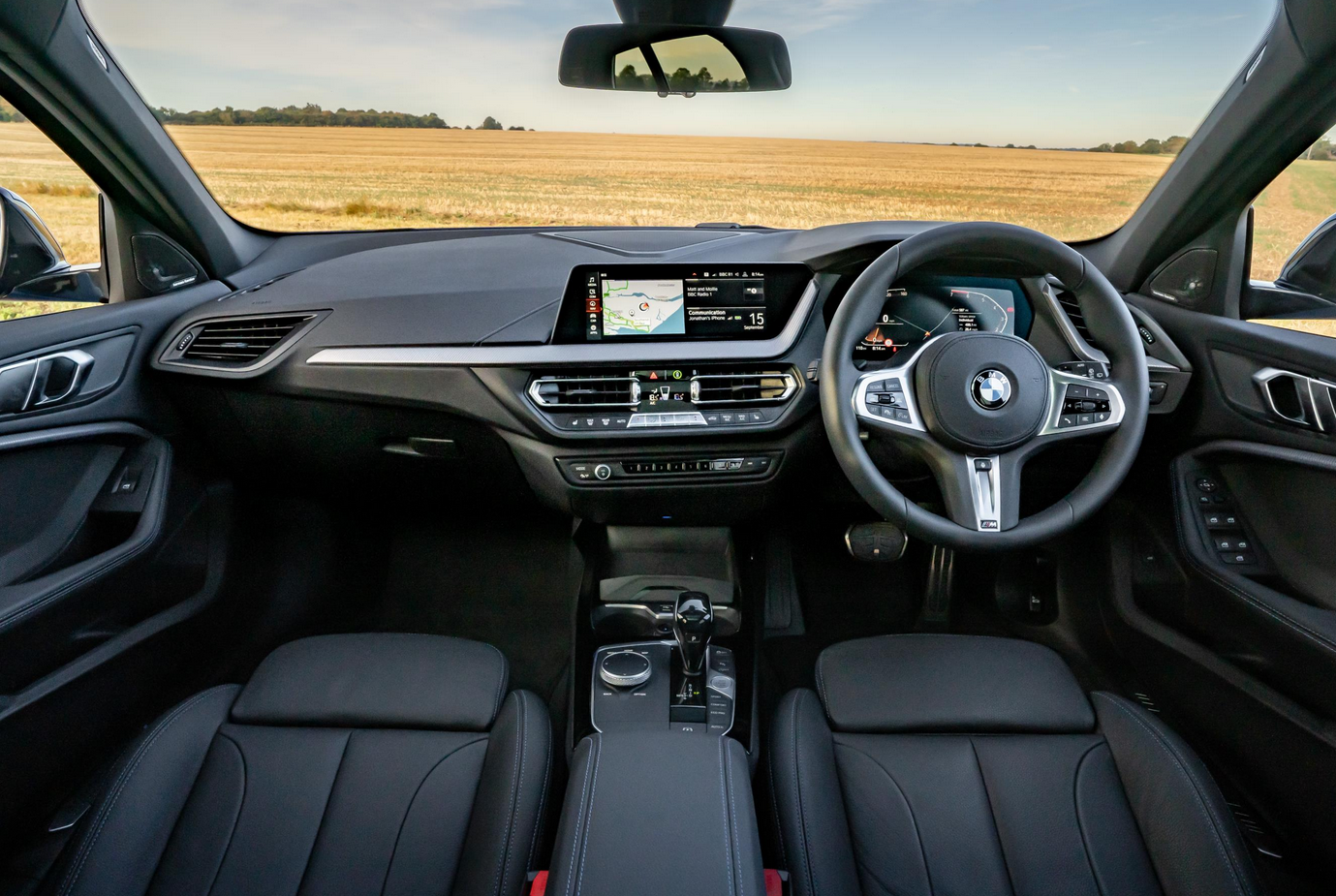 The BMW 1 Series offers SE, Sport and M Sport trims as well as the range-topping M135i xDrive, all of which differ from one another in both exterior and interior details. SE comes with matt black air guide grilles on the front bumper, while Sport adds exclusive air inlets finished with a high-gloss black, the kidney grille features a chrome frame with high-gloss black struts. The M Sport features aerodynamic bodystyling as well as satin aluminium struts in the kidney grille whilst the seat upholstery is in Dakota leather with contrast stitching. The range-topping BMW M135i xDrive incorporates the mesh-design BMW kidney grille and frame, exclusive front bumper air inlet clasps, and wing mirrors all finished in Cerium Grey. Exclusive black high-gloss rear diffuser with mesh design, and side sill covers featuring exclusive M135i xDrive black high-gloss inserts complete the look. Inside there’s the M Sport seat with integrated headrest design finished in Trigon Cloth/Alcantara Anthracite upholstery.

The all-new BMW 1 Series is powered by three-cylinder and four-cylinder engines with a choice of three diesel and two petrol engines at launch. Improvement in the power units’ efficiency have resulted in higher real-world fuel economy and lower exhaust emissions. Performance characteristics have likewise been enhanced and, in some cases, output has been increased too. The line-up is spearheaded by the newly developed power unit for the BMW M135i xDrive, the BMW Group’s most powerful four-cylinder engine. The all-new BMW 1 Series will be available for Customer delivery from late September with pricing soon to be confirmed. 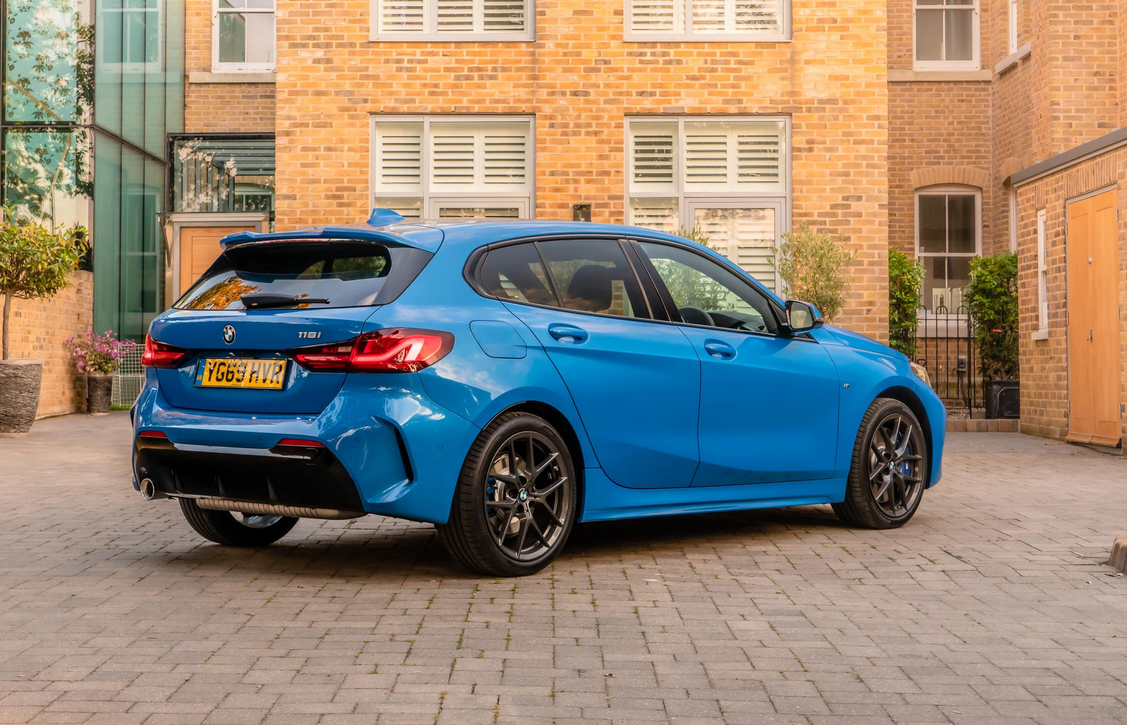