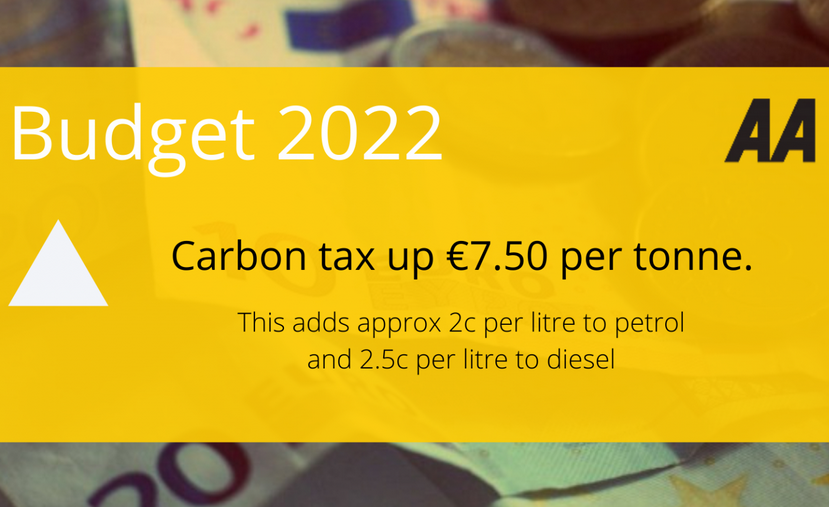 Today, Minister for Finance Paschal Donohoe and Minister for Public Expenditure and Reform Michael McGrath delivered Budget 2022, which is a package that sees the Government attempt to tackle the rising cost of living. The total budget package is €4.7 billion. So what does Budget 2022 mean in terms of public transport, fuel prices, motor tax and electric vehicle use? AA Ireland has broken it down for you:

Minister Michael McGrath announced that €1.4 billion is being allocated to developing public transport, including projects like BusConnects, MetroLink and DART+, as well as EV grants.

Young adults aged between 19 and 23 will be eligible for a 50 percent discount on fares across the network through a “youth travel card”. It will apply to intercity buses and trains, and local links including buses, the Luas and DART.

The move is designed to encourage greater use of public transport. The Government is hoping that young people, especially those living in urban areas, will stick to public transport as they get older, and be less likely to purchase a car.

“It is welcome to see a younger audience being encouraged into public transport, but outside of Dublin, this will be a moot point for some, who will have no choice but to remain in their cars,” says AA Ireland Head of Communications, Paddy Comyn.

The measure will start halfway through next year and is expected to cost €25 million for 2022.

Other measures announced in Budget 2022 were:

Minister for Finance Paschal Donohoe announced a rise in the cost of all carbon-based fuels, including petrol and diesel. Carbon tax will increase by €7.50 per tonne, as part of efforts to reduce greenhouse gas emissions by 7 percent per year. This adds approx. 2 cent per litre to petrol, and 2.5 cent per litre for diesel. So as of midnight, a 60-litre tank of diesel will rise by €1.48, while a 60-litre tank of petrol will jump up by €1.28.

“For some motorists, moving into an EV is as yet too far a stretch, and they have no choice but to now pay more to get around, as the public transport network remains imperfect, especially outside of the capital,” he continued.

There will also be a €5 increase in the fuel allowance, effective as of midnight. This will bring it to €33 a week and the payments will be issued to eligible social welfare recipients.

A revised motor tax system was also announced. This means that VRT rates will increase for vehicles emitting more than 110g of CO2 per km. It will run as follows:

“We were aware that there would be increased taxation in this Budget and it does appear that there are steps in the right direction in terms of keeping EV grants in place. But, there is a worry that this is being paid by lower income motorists being forced to stay in older cars,” states Comyn.

“The AA welcomes the promised investment in public transport with investment in areas such as BusConnects, MetroLink and the DART+ Programme, but asserts that there shouldn’t have been further increases in petrol and diesel prices until these alternatives were in place,” he adds.

“It is crazy to assume that any motorist would prefer to sit in traffic daily, but many of them quite simply do not have an alternative option to their car yet.”