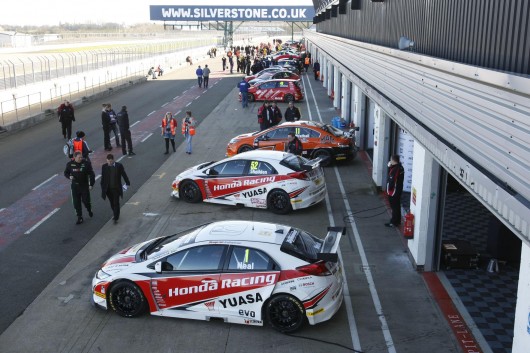 A 25-car grid was unveiled today at the launch of the Dunlop MSA British Touring Car Championship 2012 season. There are ten different models amongst the grid including Audi, BMW, Ford, MG, Honda, Vauxhall, Volkswagen and Toyota. The first round of the 2012 season will kick off on the 31st March at Brands Hatch. The most notable difference to the cars for this season is the introduction of a turbo charger to the 2.0-litre engines. There will be ten championship rounds comprising of 30 races, with all rounds getting live coverage on ITV4 and ITV4 HD. Irish viewers can cheer on Dubliner Aron Smith who is making his BTCC debut this year in his Ford Focus. Speaking at the launch BTCC Series Director Alan Gow commentated “Words such as ‘staggering’ or ‘phenomenal’ are often over-used, but both very genuinely apply to the BTCC’s current health, our trackside crowd and TV viewing audience figures continue to reach new heights – Brands Hatch has advised us that ticket sales for its opening round in a fortnight are its biggest ever for a BTCC event this far in advance”.

“Now, here we are, ready to start another great season and with a larger grid than at the first round last year – despite the very challenging economic climate. Once again the BTCC boasts terrific depth of competition as well as a huge and exciting variety of different makes and models of car. And I have little doubt that, just as with seasons past, the number of cars will increase as new teams and drivers take on the challenge of competing in the UK’s biggest motor racing championship”. 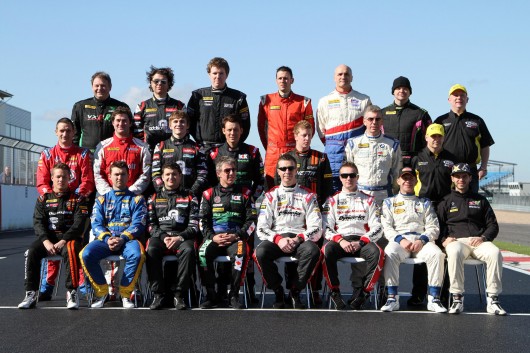