At first glance it’s easy to see where VW’s place is within the Volkswagen AG group. Lamborghini, Porsche, Bentley and Bugatti obviously make up the top tier; the aspirational supercars if you like. On the next line down is Audi – the premium brand in the group, and after that it’s really Volkswagen followed by SEAT and Škoda. Traditionally Škoda would have most likely been considered the budget brand. However it hasn’t been just as clear cut as that for quite some time now. Bugatti has moved beyond the realm of mere millionaires by building wonders such as the Veyron and the Chiron and as a result have firmly planted their flag exclusively in hypercar territory. 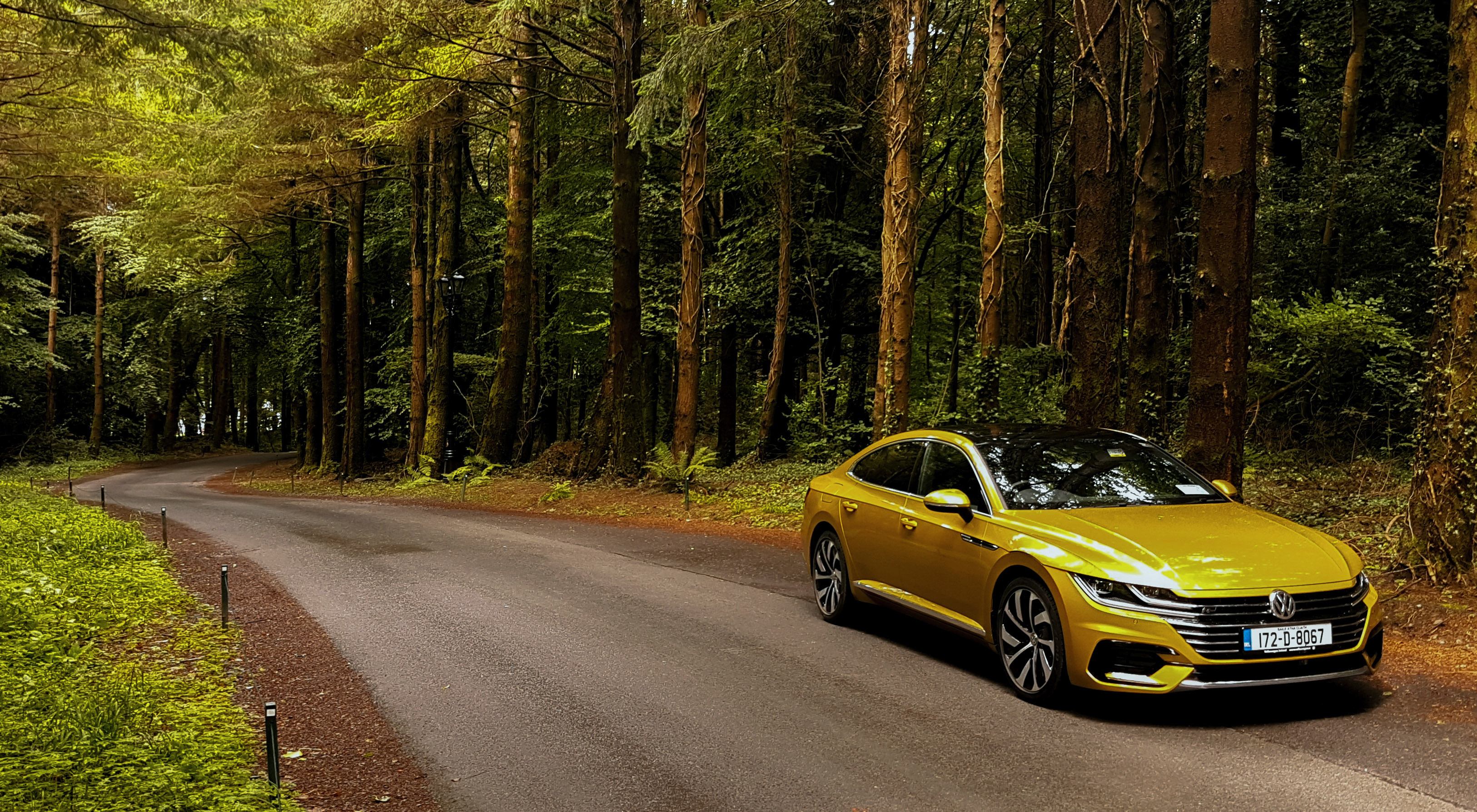 However down the other end of the scale Škoda have been churning out fantastic cars. With the likes of the Octavia, Superb and even the recent Kodiaq, each and every one of their models goes one step closer to totally erasing the old Škoda cheap reputation from the history books. SEAT has increased the build quality and feel of their motors too. The Ibiza and Leon models look great in their ‘FR’ guises and they’ve have even gone as far as to directly take on their big brother’s Tiguan with their own  marginally smaller but considerably cheaper Ateca.

Where does all this repositioning’s leave Volkswagen? Could it be that the long standing captain of the team is now struggling to find its place on the team; its team? Not a chance; because like any good captain they’ve been thinking a few steps ahead for quite some time now. We might never really be sure as to whether it was an organic evolution of the brand or more conscious one; but in 2002 VW stuck two fingers up to the other big premium marks when it introduced the Phaeton.  The “what” you may ask?  It was VW’s first real attempt at crossing over into the premium bracket whilst the Phaeton may no longer be manufactured, the entire range of Volkswagen models has taken up the mantel. The design and build of both the interiors and exteriors of each successive car since has taken huge steps towards bullying their way into the German premium and luxury class which previously was home to just BMW, Mercedes and VW’s stablemate Audi.

Now Volkswagen has made their boldest move yet with the introduction of the Arteon. A model which is positioned above the hugely-successful Passat, and while regarded as the spiritual successor to the CC, the Arteon is an entirely new model and not seen as a direct successor. 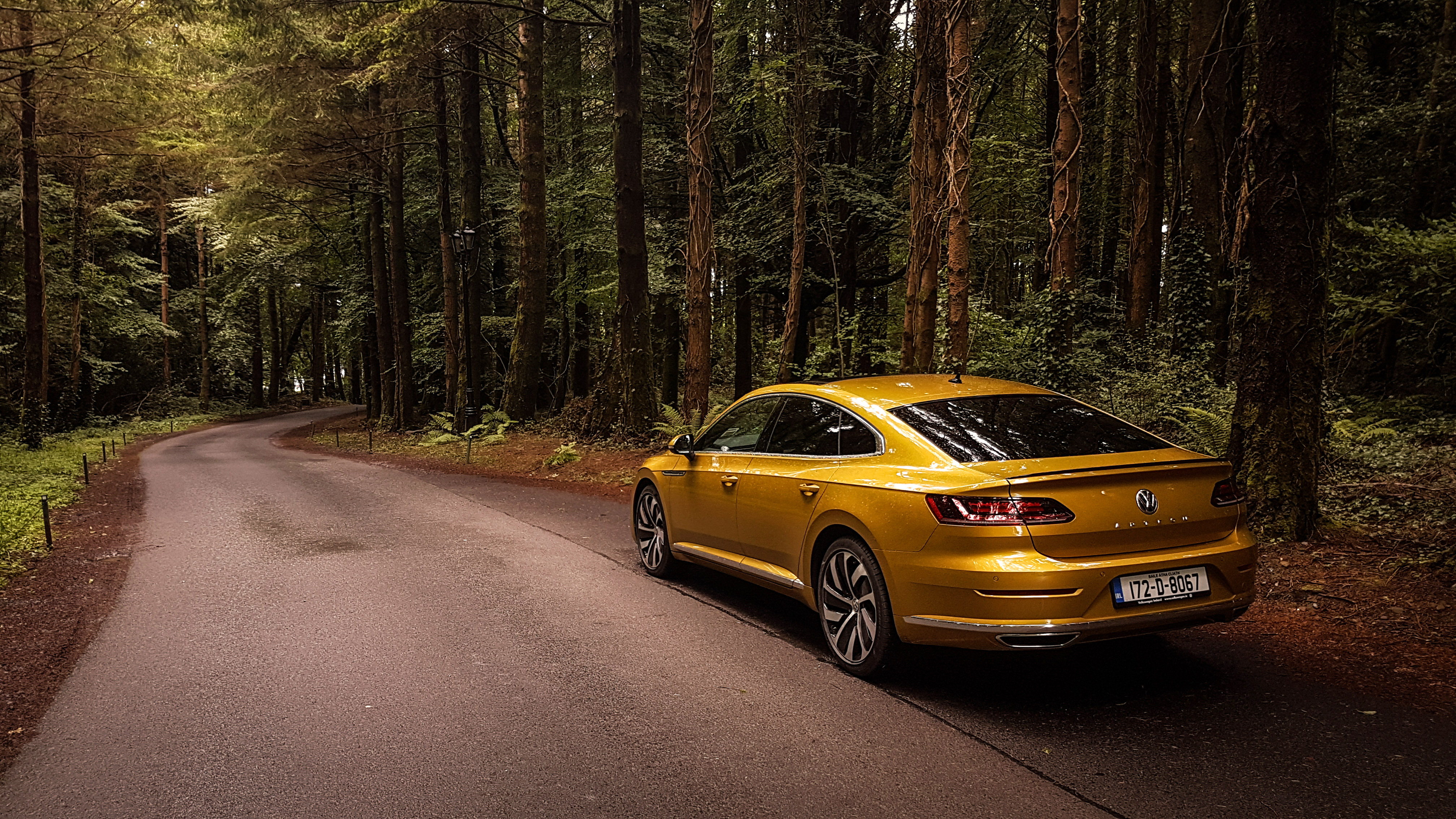 It’s a 5 door hatchback or rather a “fastback” because that’s a far sexier term for a big, sporty hatchback. The Arteon’s front end immediately catches your eye. The stand-out feature is the extended bonnet. Beneath it lies a radiator grille that encompasses the vehicle’s full width. The LED headlights, daytime running lights and turn signals run seamlessly in the chrome radiator grille. The whole package combines to creature the illusion of huge width, and in doing so gives a practical 5 seat family car the visual presence of a high end sports grand tourer. As front ends go, it is gorgeous.

The Arteon shares its MQB platform with several of the groups other models yet body rigidity has been increased by 10%. The long wheelbase of the fastback ensures the cabin has excellent interior space. There is more than enough leg room for a couple of larger adults to sit in the back quite comfortably, however as you’d expect, head room isn’t as plentiful as you’d get with a more conventional saloon. The Arteon boasts an easily accessible 563 litre boot which can be extended out to 1,557 litres if you drop the rear seats. 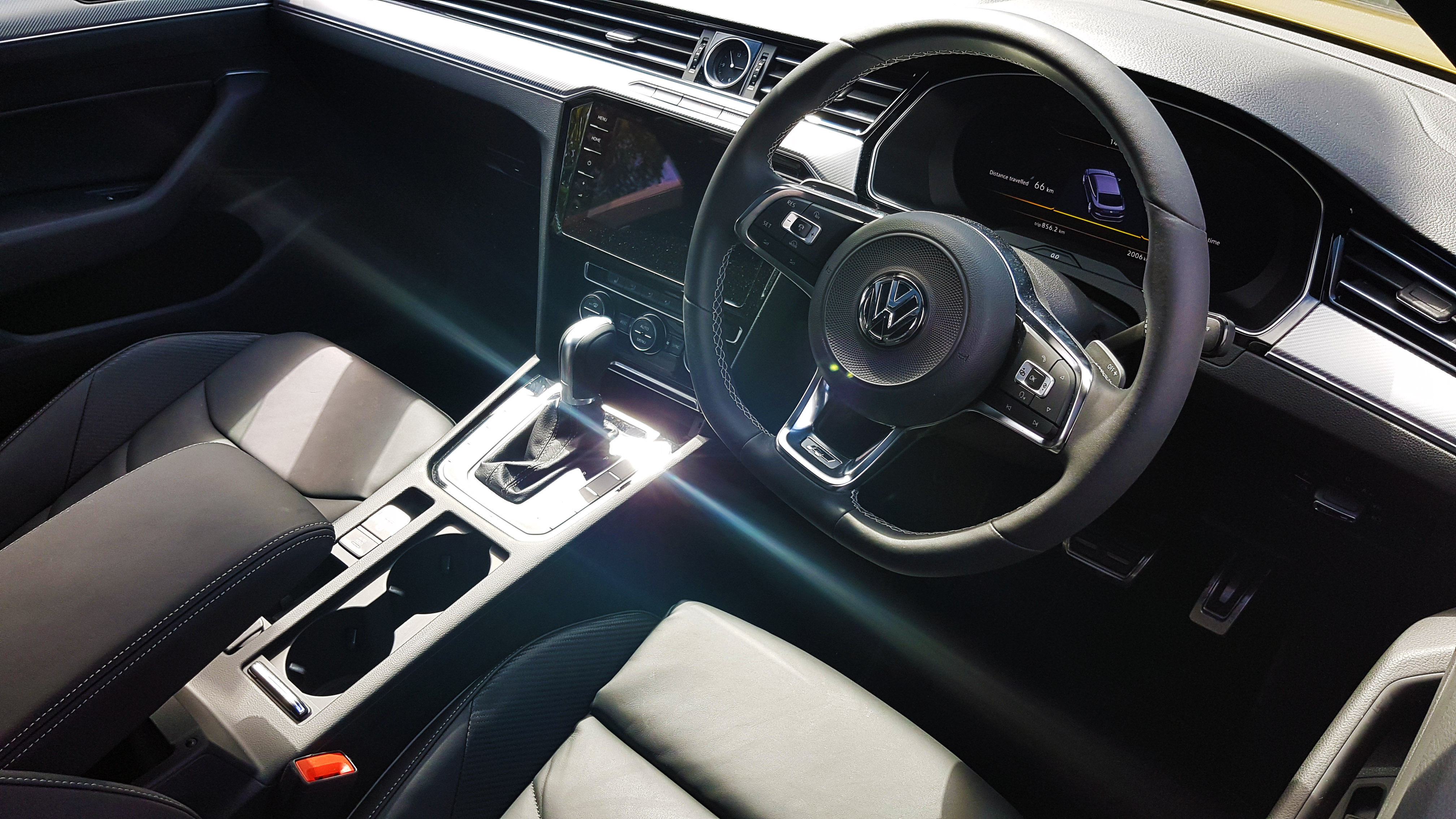 Up front the seats of the R-Line spec test car were comfortable, spacious yet nicely bolstered and supportive. The low, ergonomically enveloping driving position is fitting for a car with such sporting character. The Arteon is loaded with technology including predictive cruise control, park distance control, app connect, rain sensing wipers, Security & Service subscription and 3-zone Climatronic A/C with controls in the rear. It also gets the same fancy glass-fronted infotainment system as has just been installed in the smaller Golf.

In addition to all the standard stuff, the test car came with the added technology pack which added 9.2” Discover Pro Nav System, panoramic sunroof and the Dynaudio sound system. The sportier R-Line and features an R-Line steering wheel, seats, scuff plates and exterior badging and bumpers, 19” ‘Montevideo’ alloy wheels, running rear indicators, dynamic headlight range control with dynamic cornering light, voice control. And because it was equipped with the range topping 240bhp engine it also benefitted from the addition of adaptive chassis control.

On the road the sporty looks fall a little flat. Don’t get me wrong because it’s a nice car to drive, but never a wildly, exciting one. The progressive steering (which has been borrowed from the Golf R) is helpful in delivering an assured drive and it soaks up the bumps well while there is little or no body roll to moan about. 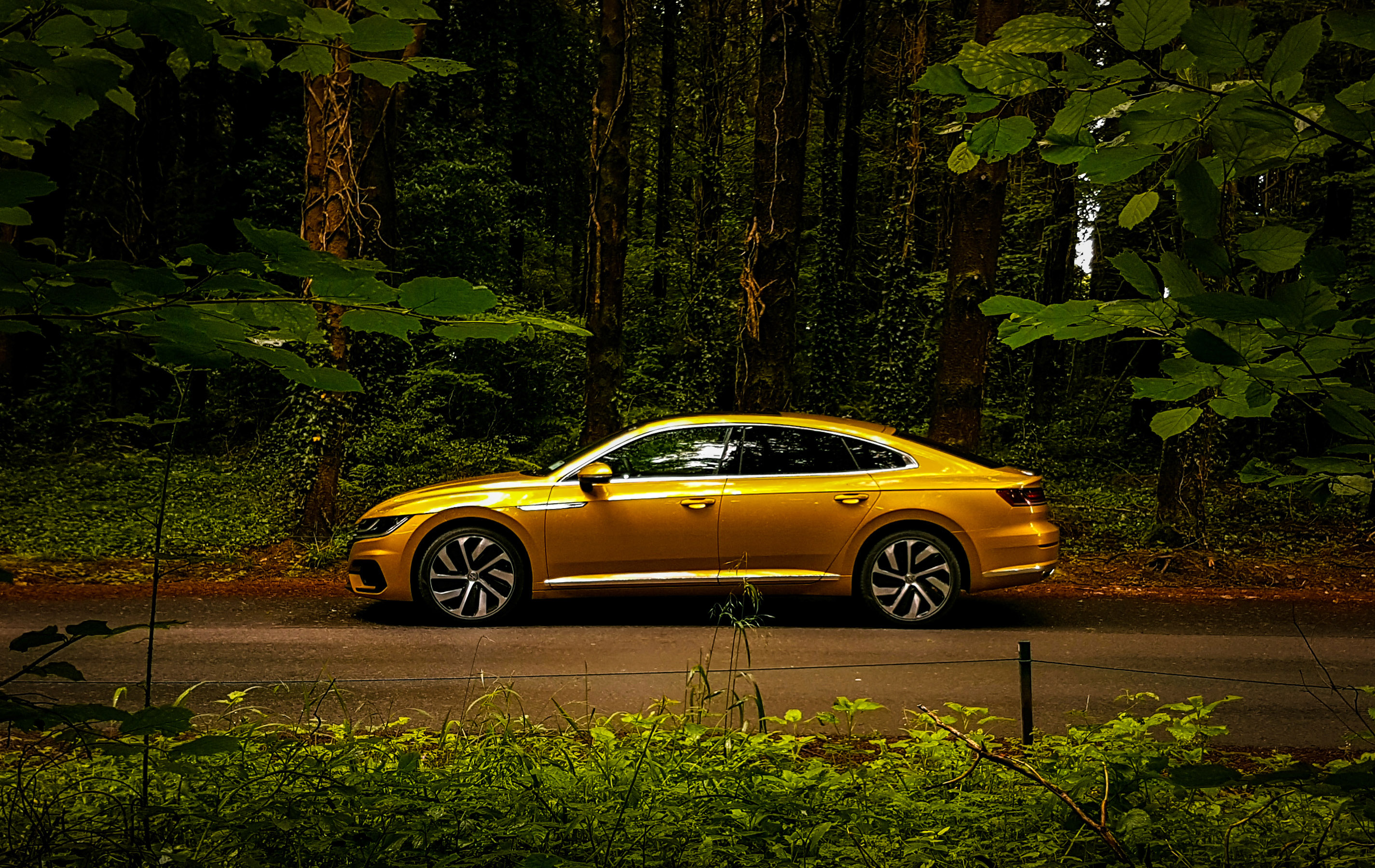 The Arteon is available in Ireland with a choice of three power outputs of the 2.0-litre TDI engine -150bhp, 190bhp or at the top of the range, 240bhp. The latter comes with 4MOTION all-wheel drive as standard. The 2.0-litre TDI 150 hp version is available with a choice of 6-speed manual or 7-speed DSG, while the 190 hp and 240 hp versions are only available with the 7-speed DSG. There are three trim levels for Arteon in Ireland: Arteon, Arteon Elegance and Arteon R-Line. These trims are offered in a Y structure with Arteon as the entry level and Arteon Elegance and R-Line offering the best in comfort and sporting dynamics respectively.

With all that being said, it’s nearly impossible not to compare the Arteon directly to the BMW 4 Series or its A5 sibling. However the question is how does the Arteon stack up against those premium marques? The interior is really nice, it’s got lots of space, the boot is massive and the engine line up is impressive. But most importantly it is a cracking looking car and if I was to buy one I think I’d actually opt for the “Turmeric Yellow” of the test car. So if you’re not worried that neighbours will think you couldn’t afford the Audi or BMW badged rival then the Arteon might just be the car you’ve been waiting for.

Pricing for the Arteon starts at €43,295; while the ranging topping R-Line model tested is priced at €53,553 including optional extras. 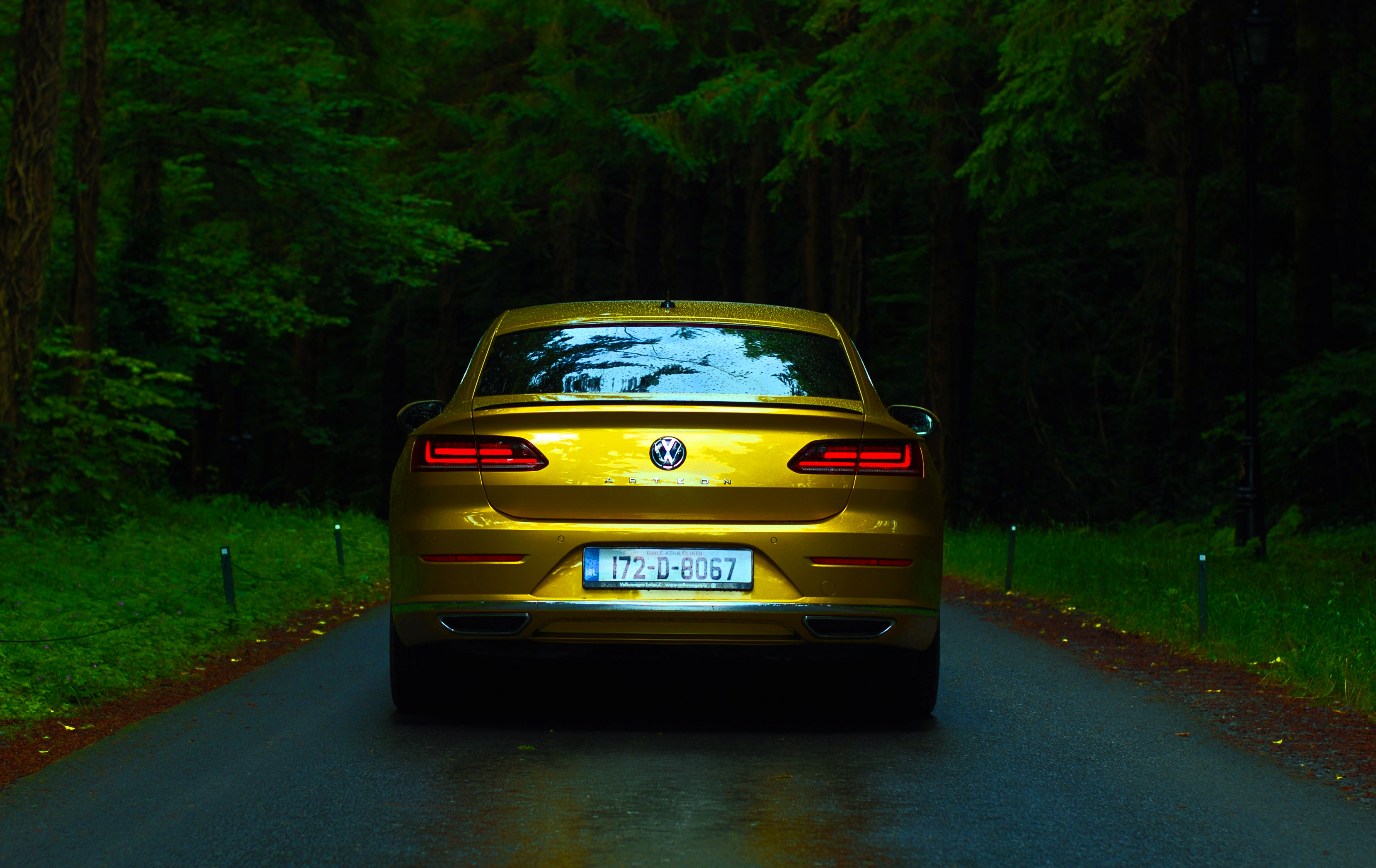