Volkswagen has hailed the new Arteon as the highlight of this year’s show for the brand at this year’s Geneva International Motor Show. The new VW Arteon is claimed to have a remarkable amount of space and comfort with its coupé-like lines replacing the previous Passat CC. The newly developed fastback model has the latest generation driver assistance systems, which in the past have been reserved for higher car classes. In addition, the new Tiguan Allspace is making its debut at Lake Geneva – with much more space for luggage and up to seven passengers and impressive flexibility. 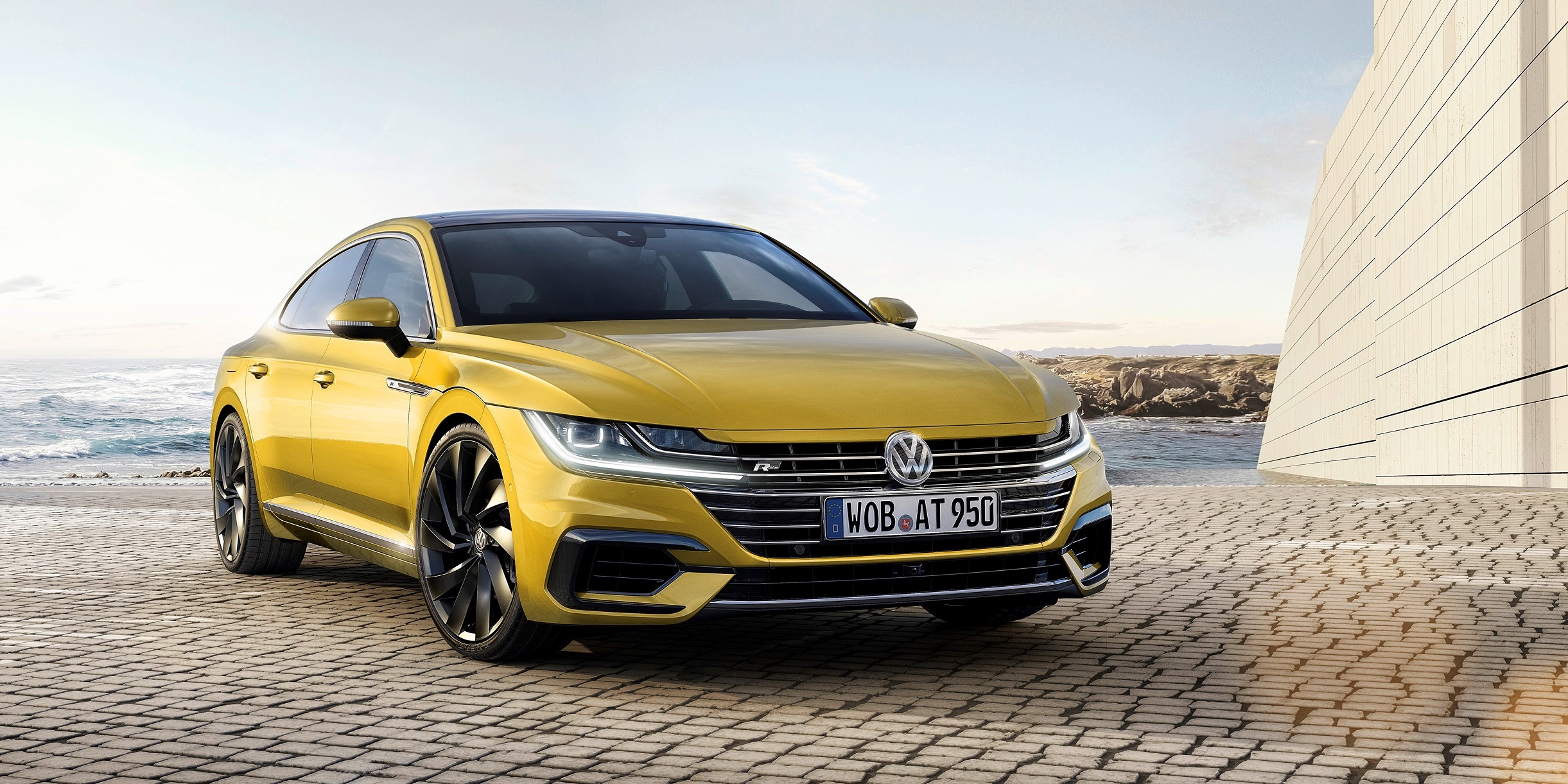 Dr Herbert Diess, Chairman of the Board of Management Volkswagen Brand: “The new Arteon has the proportions of a Gran Tourismo with a highly functional overall concept. It offers the very latest infotainment features and semi-automated driving functions. At the same time, our new top-of the-line model offers great value for money. That is how we are challenging the premium carmakers.”

Frameless side windows, a wrap-around bonnet and finely detailed dynamic lines in the style of a GT which define the look of the new Arteon. Even with this sporty appearance boot capacity stands at 563 litres which is claimed to be best in class. Given the long wheelbase of 2,841mm, the designers have been able to offer a generous interior which provides a sense of spaciousness throughout. The R-Line and Elegance equipment lines positioned above the base version further accentuate the sporty and elegant character of the new Volkswagen model. 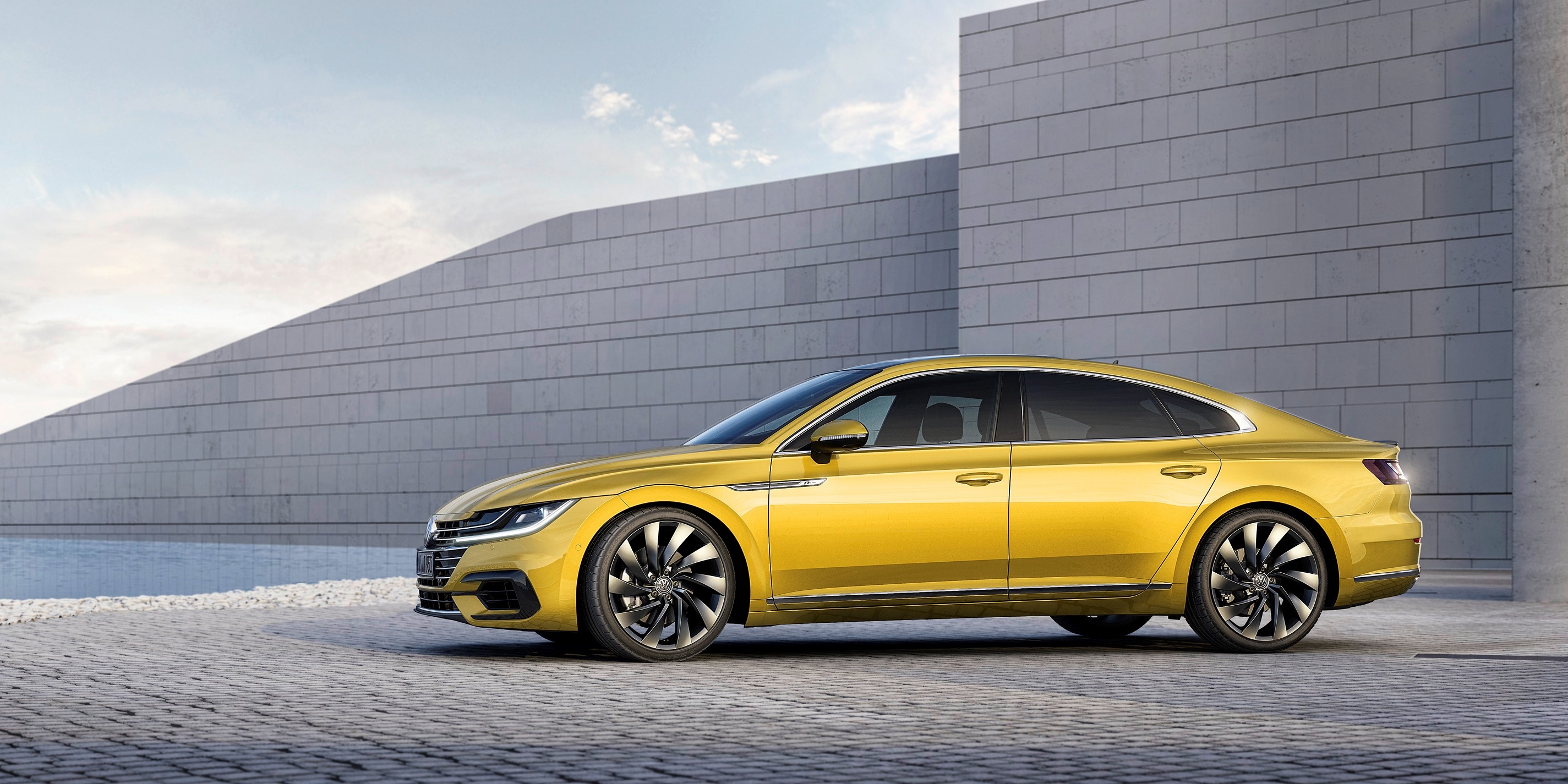 The latest generation driver assistance systems are celebrating their premiere in the Arteon, such as the further developed Emergency Assist and the further developed Adaptive Cruise Control (ACC) which control the car’s speed while taking route data and speed limits into account. In addition, there are premium features such as a navigation system with a glass cover and full-LED headlights. Available as an option for the first time are predictive cornering lights with predictive control – thanks to camera-based information and navigation data, the bend is already illuminated before the driver steers into it. 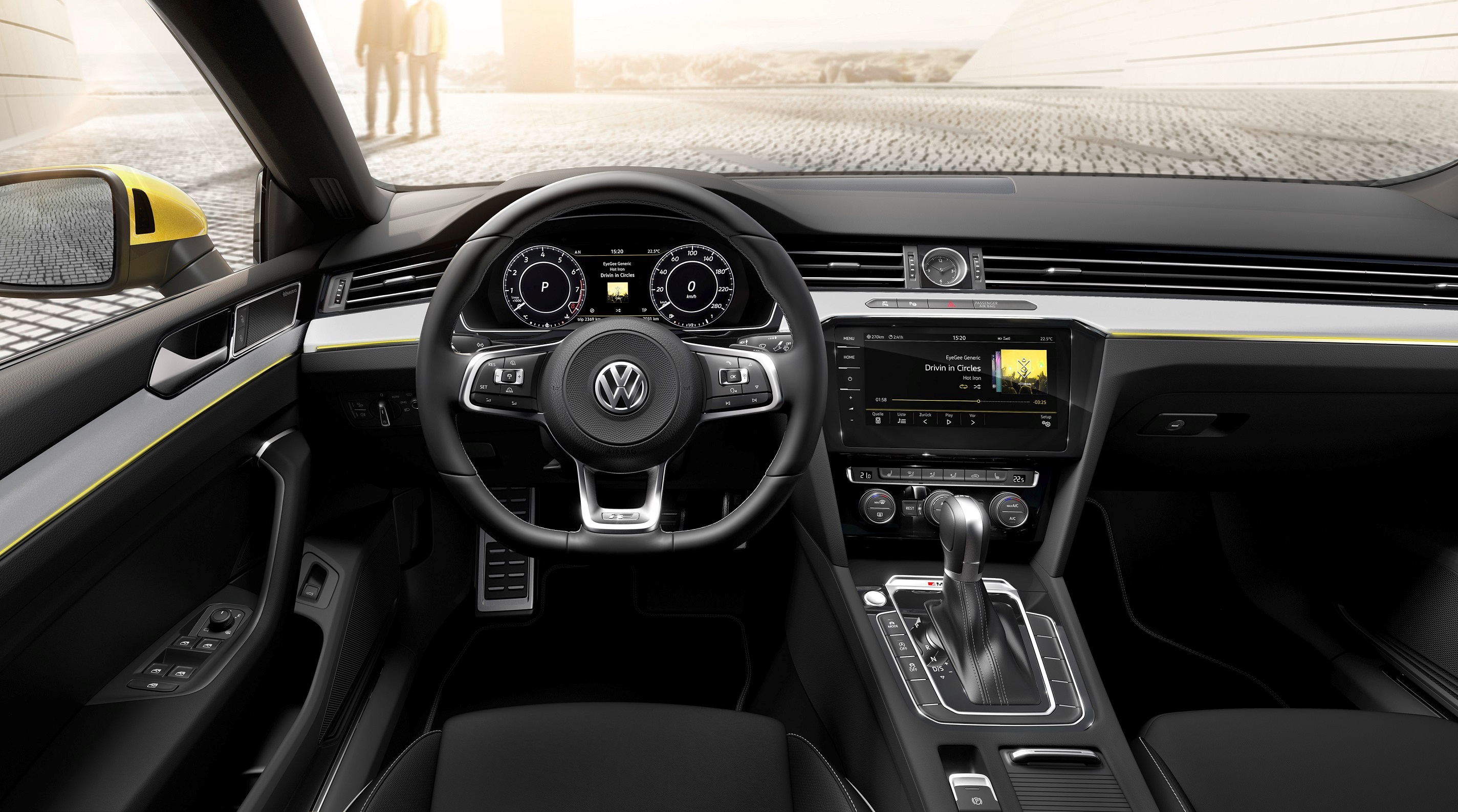 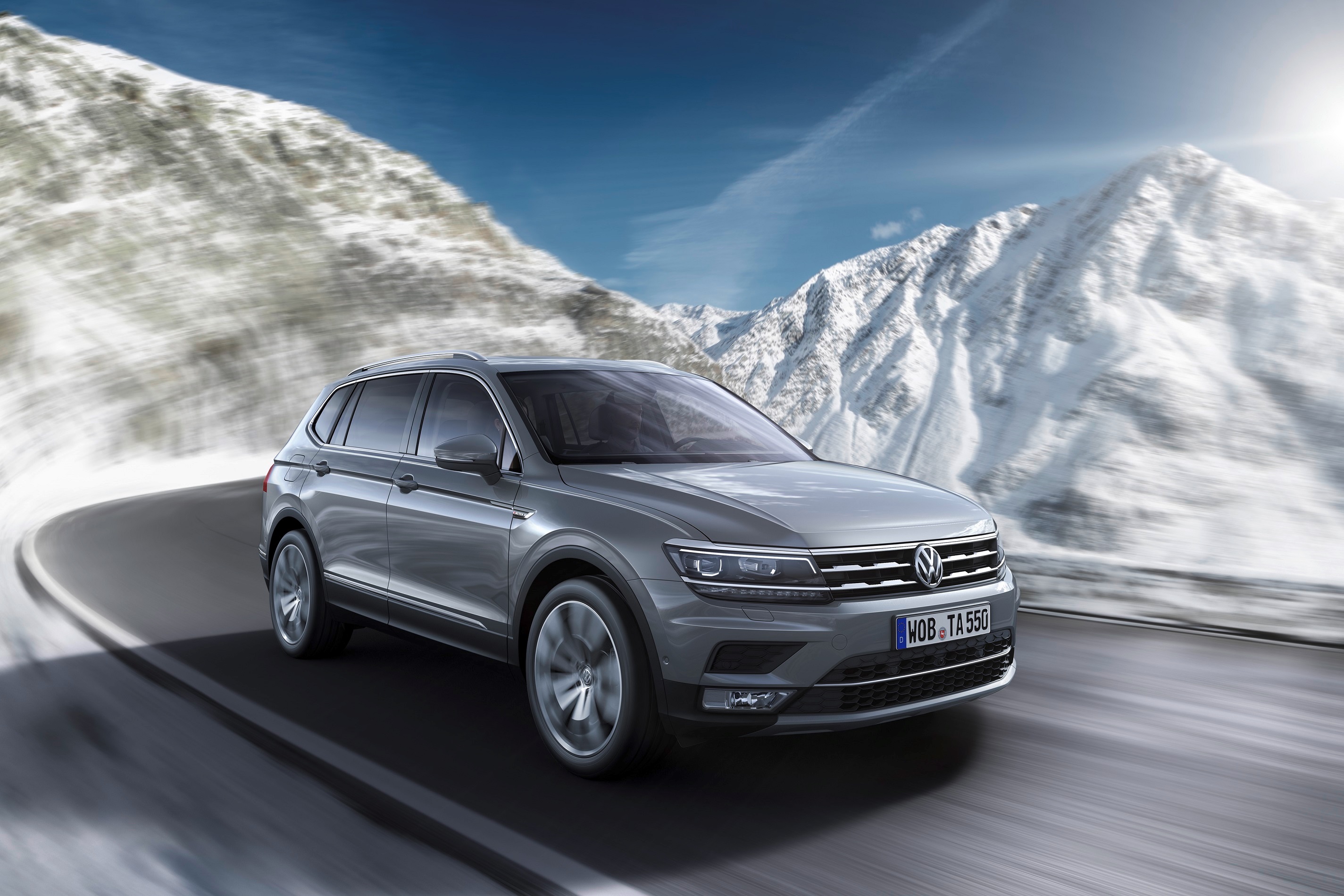 The second generation of the Tiguan was launched on the market last year and it impressed many throughout the Irish car market and far beyond. Now Volkswagen is adding to its model range the new Tiguan Allspace and is showing the model in an optional seven-seat version at its European premiere at the Geneva International Motor Show. This would appear to be in keeping with numerous other brands that have identified the increasing demand for 7 seat SUV’s. With a 109 mm longer wheelbase and 215 mm longer exterior length, the new model version offers space for more luggage, more passengers and more flexibility. Therefore, the Tiguan Allspace – with its modified front end and side lines – is an appealing and ideal alternative for all those who previously had to rely on a van because of the amount of space they required. 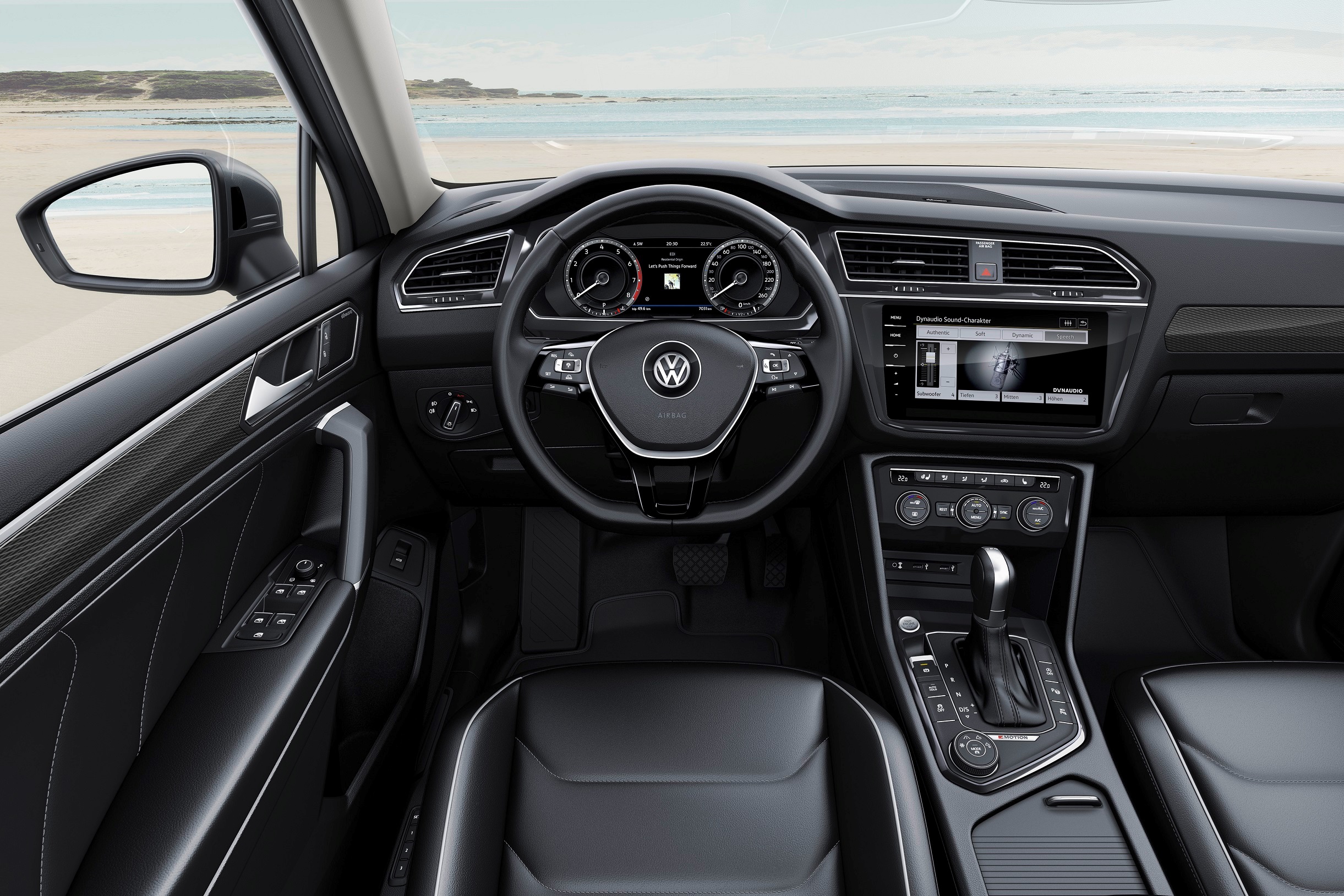 The new Tiguan Allspace has more standard features than the previous Tiguan. Even in the Trendline base version there are additional features such as roof rails (in black), the Composition Colour media system with Connectivity Package (phone and USB interfaces), a multifunction steering wheel, sophisticated trapezoidal tailpipe trims, LED daytime running lights and a variable cargo floor. Making an even larger jump in features are the Comfortline (including electrically operated tailgate, silver roof rails) and Highline (like Comfortline but including full-LED headlights and Keyless Access locking and starting system) equipment lines. In addition, the SUV model series is also launching with a new generation infotainment system. The top Discover Pro system is the first in this class to offer gesture control. 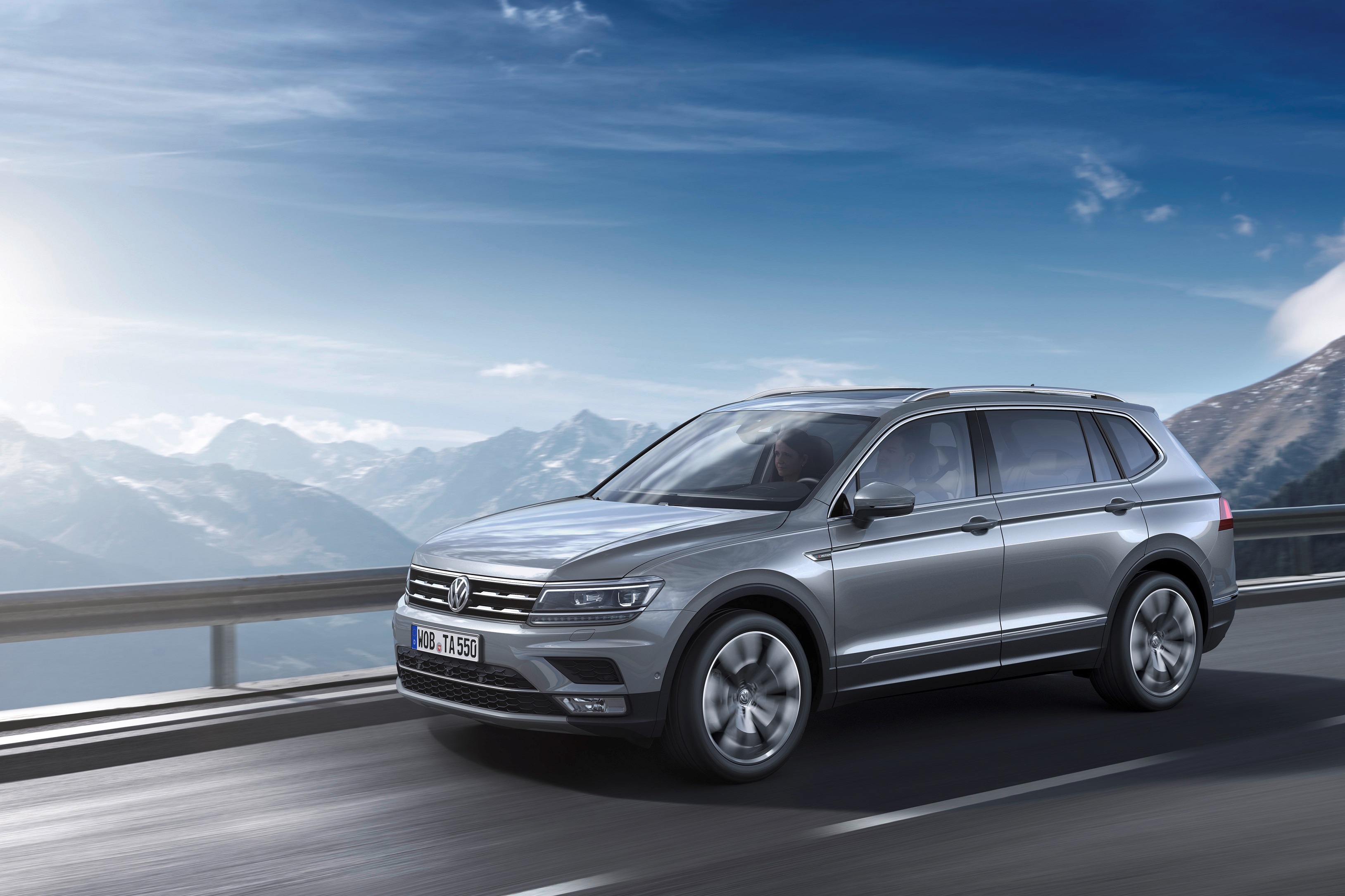 We can expect to see the new Volkswagen Arteon in Ireland for July sales while the new Tiguan Allspace will follow along in October of this year. Both appear to be aimed at their own target market and given the level of spec and their aesthetic appeal they both should do very well for the Volkswagen brand.