Home Latest News The New Audi A6 Saloon Is Ready 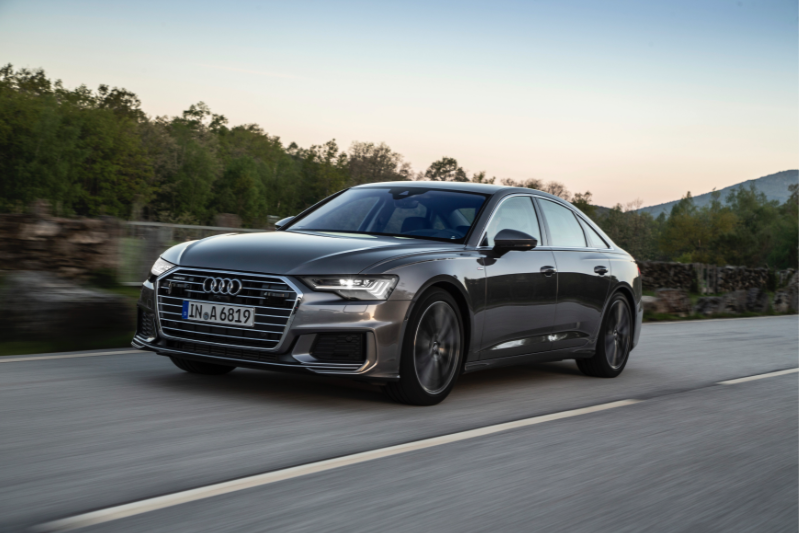 Audi’s new A6 model launches in Ireland, integrating many of the refinements and innovations that have been so widely acclaimed in the latest A8 luxury flagship. Enveloped by a beautifully proportioned new body, bearing the hallmarks of the contemporary Audi design language, the A6 makes considerable headway in virtually every area, from its advanced mild hybrid drivetrains and even sharper, yet more comfortable suspension options to its sublime cabin comfort and exceptional new all-digital MMI touch response interface.

The new Audi A6 will be available in both petrol and diesel units. The 2.0-litre, 204PS 40 TDI is now available to order, offering a level of pace and polish that befits each executive model range, with a degree of efficiency demanded by business users. Initially front-wheel-drive, with a four-wheel-drive version of each model following later in 2018, that will employ the latest, ultra-efficient quattro on demand technology, capable of channelling drive to the rear wheels in a split-second. The engine’s torque-rich response and refinement, coupled with the acclaimed noise suppression capabilities of the A6 return up to 4.5 l/100km with a CO2 output of as little as 117g/km (A6 Saloon on 18-inch wheels). A 2.0 TFSI variant will follow later in 2018. Also available to order now are two 3.0TDI V6 engines.

All engines in the new A6 feature new mild-hybrid technology. Here, a belt alternator starter (BAS) works together with a lithium-ion battery, enabling the A6 to coast at speeds of between 54km/h and 159km/h in the interest of fuel economy and to initiate its start-stop function earlier – at speeds of 30km/h and below. The engine is restarted from standstill predictively as soon as the vehicle in front of the Audi A6 starts moving. During deceleration, the BAS recovers up to 12 kW of energy. In real-world driving, the MHEV technology reduces fuel consumption by up to 0.7 litres per 100 kilometres. 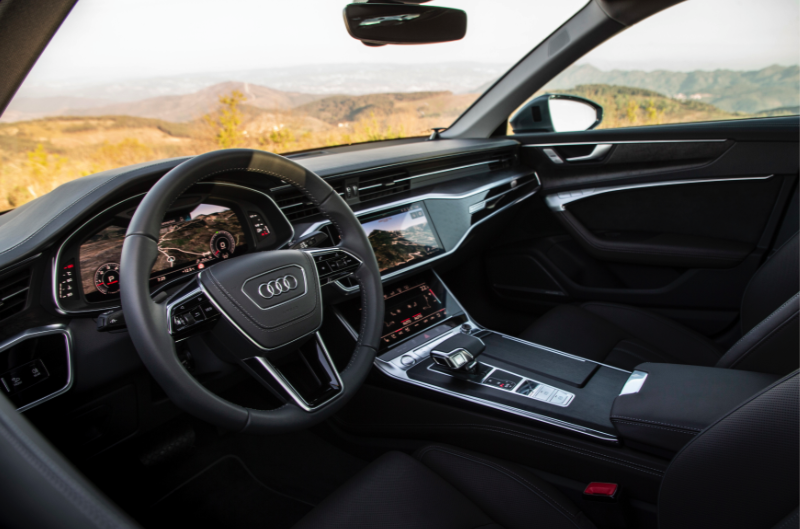 Progressive steering which becomes even quicker and more direct as the steering angle increases is standard, and dynamic all-wheel steering can also be added to further enhance this agility. At low speed, the wheels steer in the opposite direction to the front wheels, reducing the turning circle by up to 1.1 metres to 11.1 metres, while at higher speeds the wheels turn in the same direction to optimise stability when travelling in a straight line or changing lanes.

The exterior design of the new Audi A6 also adds to the relaxed atmosphere on-board, not least as a result of its advanced aerodynamics: with a drag coefficient of as little as 0.24 and sophisticated aeroacoustics, the car remains pleasantly quiet, even at high speed. The interior of the new Audi A6 is even larger than in the outgoing model. Legroom in the rear exceeds not only its predecessor but also its core competitors, while headroom and shoulder room measurements in both front and rear are also more generous than previously.

Like the A8 and A7 Sportback models, the A6 is a key exponent of the new Audi design language. With taut surfaces, sharp edges and striking lines, the business saloon unmistakably conveys its sophisticated, dynamic and high-tech character. The exterior stands out with its balanced proportions – long bonnet, long wheelbase and short overhangs. The wide, low-slung Singleframe grille, the flat headlights and the powerfully contoured air inlets lend a suitably purposeful air. In the side view, three striking lines reduce the car’s visual height. The powerfully taut contours, which are drawn over the wheels, are testimony to Audi’s quattro genes.

The lighting design emphasises the technical character of the A6. Three headlight formats are available, the most sophisticated being the HD Matrix LED headlights, recognisable by the five horizontal lines which form the daytime running light signature and emphasise the width of the front. Above them are the dipped beam modules. Dynamic indicators are included with the top-of-the-line equipment. When unlocking and locking the doors, a pulsing coming and leaving home function brings to life the combination of design and technology that is the hallmark of Audi. Inside, two lighting packages are available: the ambient lighting package and the contour ambient lighting package. Both subtly animate the space, the volume and the materials.

The interior of the new A6 features a black-panel design – a cool look which expresses the technical competence and digital character of the executive saloon. The sleek instrument panel and the calm, continuous horizontal body line create an airy sense of spaciousness. The centre console is directed towards the driver, as is the top MMI touch response display, which almost disappears into an aluminium clip when switched off. 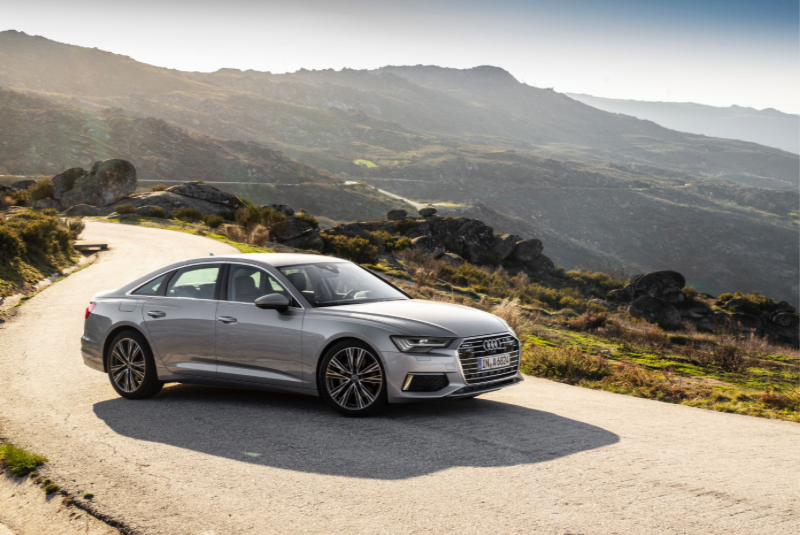 The new MMI touch response system sets new standards in terms of intuitive operation and personalisation. The all-digital operating system with its touchscreen format provides haptic and acoustic response to inputs and offers fast access to vehicle functions thanks to its logical and flat menu structure. It allows up to seven drivers to store their preferred settings in individual user profiles and set up to 400 parameters. Central vehicle functions can be placed in the required position in the MMI screen using drag-and-drop – similar to the user experience with smartphone apps.

The natural-language voice control turns the new Audi A6 into an intelligent dialogue partner and travel companion: It processes questions and commands in two ways, with onboard stored data and also – in conjunction with MMI navigation plus – with detailed knowledge from the cloud. The driver controls the infotainment via the upper display, which measures 8.8-inches in standard form or 10.1 inches where the optional MMI navigation plus upgrade has been specified. The lower 8.6-inch display, located in the console in the centre tunnel, is used for the climate control and for the convenience functions and text input. In addition, the head-up display projects important information onto the windscreen.

The new Audi A6 is available now starting from €51,650 OTR. There are two equipment lines to choose from, SE and S Line. The new A6 boasts that it is now the best equipped car in the segment. New standard equipment highlights include LED headlamps, mild hybrid engines, Lane Assist, Pre Sense front, Audi Connect, leather interior and smart phone interface. For further information visit www.audi.ie or contact your local authorised Audi dealer.