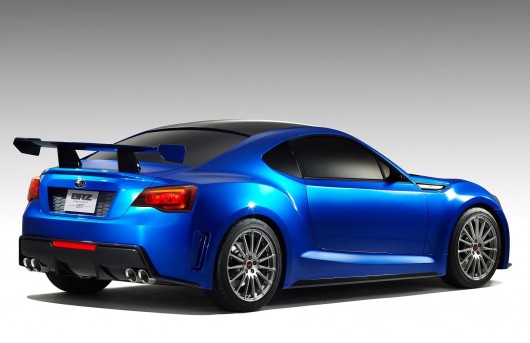 Subaru has announced that its BRZ Concept will make its world premiere later this month, at the Los Angeles Motor Show, which takes place from November 18th to the 27th. The BRZ Concept is a pre-cursor to the eagerly awaited Subaru BRZ which makes it full production debut at the Tokyo Motor Show in December.

Built around Subaru’s core technologies, the BRZ will use a new 2.0 litre Subaru Boxer engine developed specifically for the model and with the latest direct injection technology to improve combustion and efficiency. The Subaru engineered chassis is built with front engine and rear wheel drive configuration, allowing the engine to sit low and rearward to ensure lowest possible centre of gravity and to maximise the BRZ’s handling prowess.

The new compact coupe has been developed as part of an on-going joint project with Toyota Motor Corporation. All cars will be built at Subaru’s Gunma plant in Japan when production starts in spring 2012