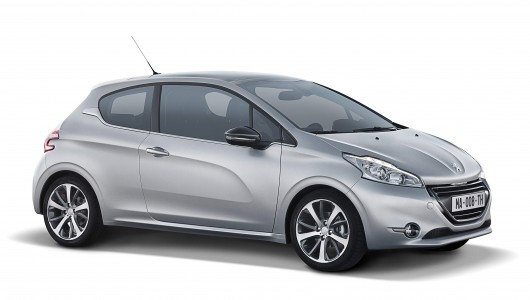 Peugeot has unveiled the first official photos of its new super-mini 208, due for launch in 2012. The new car will be available in both 3 and 5-door hatchback and draws on all the strengths and successes of Peugeot’s iconic 205, the 206 and the European best-selling 207. Launching an extensive marketing campaign this November entitled, “Re-Generation”, Peugeot aims to reclaim leadership of the competitive small car in Europe next year.

Agile and efficient, the 208 is smaller on the outside than 207 (7cm shorter and 1cm lower), but offers more room inside for rear passengers (+5cm at the knees) and a more generous boot (+15dm3 in volume). The 208 weighs on average 110kg less than 207. The 208 adopts the new Peugeot style lines seen on the new Peugeot 508 and facelift 308. Sporting a floating grille, newly sculpted lights and boomerang rear lamps, the new Peugeot 208 appears sporty and athletic.

The 208’s interior will see a true break from what has gone before. The instruments and controls have been completely re-designed and are positioned around a small steering wheel which ensures all controls are easy to reach. Available with touch-screen technology, an elevated instrument panel positioned directly in front of the driver gives information at a glance. The 208 diesel range will include five models, four of which will be equipped with an e-Hdi Stop & Start System. This efficient range emits between 87g/km and 99g of CO2, whilst delivering fuel economy of up to 3.4 litres / 100km (83.1 mpg). Peugeot will also introduce a new range of efficient 3-cylinder petrol engines, 1.0- and 1.2-litre VTi, with a range starting at 99g/km of CO2 and delivering 4.3 litres / 100km (65.7mpg). Achieving average CO2 emissions of 34g/km lower than the 207, the 208 will take the lead in its segment for lowest CO2 emissions.

Peugeot has entered a new era in terms of eco-design with the 208 and 25% of the materials used to construct the new car will be sourced from recycled materials. A world first, the 208’s rear bumper will be made using recycled materials, permitting a saving in manufacturing of 1600 tonnes of fuel a year.

Emma Toner, Peugeot Communications Manager said, “The 208 is the latest illustration of Peugeot’s rejuvenation project launched two years ago, when the brand announced its objective to move from tenth to seventh place in the world market by 2015. With the launch of key new models to include the award-winning 3008, 5008, RCZ and the new 508 earlier this year, 208 will be one of fourteen new models to be launched by Peugeot between 2010 and 2012.”

The new Peugeot 208 will be unveiled as a World Premier at the Geneva Motor Show in early March and will arrive in Ireland in the summer of 2012. 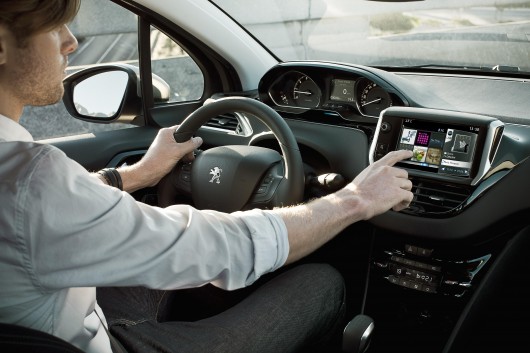