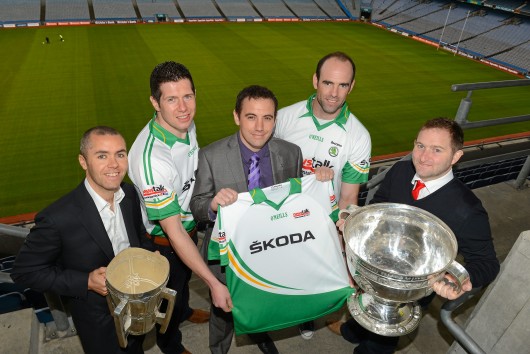 Skoda has been announced as the new sponsor of Newstalk’s GAA Coverage. The Newstalk sports team – Newstalk Sport Saturday / Sunday and Off the Ball – will be assisted throughout the season by a host of GAA sporting legends. Among those giving their expert analysis of the GAA All-Ireland Football Championship will be Darragh Ó Sé, Colm Parkinson, Enda McNulty, Liam McHale, Conor Deegan, Kevin Cassidy, David Brady, Eugene McGee and Oisin McConville. The Newstalk sports team will also bring their views on the hurling action over the summer, joined by Jamesie O’Connor, Daithí Regan, Ollie Canning and Derek Lyng. Newstalk 106-108 fm will exclusively cover 20 games including Provincial finals, qualifiers in both codes and All Ireland quarter finals.

Commenting on the announcement, Raymond Leddy, Head of Marketing Skoda Ireland said “We are thrilled to announce that SKODA is Newstalk’s new GAA broadcast sponsor. The station has continually set new standards for sports broadcast coverage and analysis over the last number of years and we were particularly impressed by their GAA coverage in what was their debut season in 2011. Over the last number of years SKODA has been steadily building its GAA sponsorship portfolio including our sponsorship of Tipperary GAA and at a local level through our network of dealerships. Today’s announcement is another significant milestone for the SKODA brand in Ireland and we are looking forward to working with Newstalk on an exciting programme of events this Championship season.” For further details please visit www.newstalk.ie