As the demand within the motor industry for SUV’s expands at a rate unseen in any segment before so too does the need for more space and functionality. What Peugeot achieved with the success of their 3008 has now been replicated in their new 5008 but is it simply more of the same or have they got the balance just right? 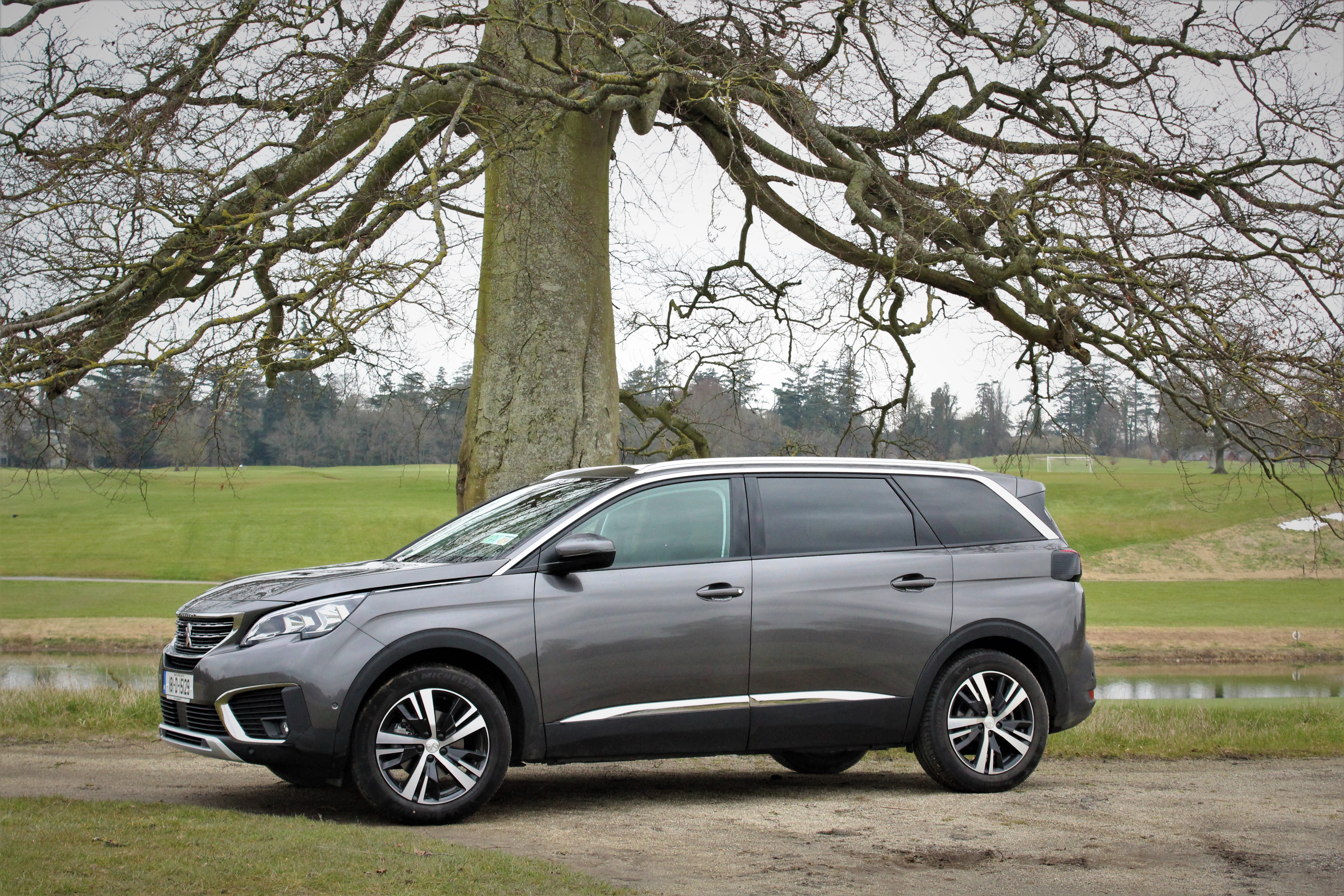 In terms of competition the new 5008 has its work cut out with the likes of the Nissan X-Trail, Skoda Kodiaq, Hyundai Santa Fe, Kia Sorento and now the Volkswagen Tiguan Allspace vying for their share of the spoils of a fast-growing segment. With Peugeot’s plans to be the benchmark of the D-segment SUV market they most definitely have a battle on their hands.

In terms of looks, the new 5008 certainly manages to pull it off with it’s stylish appearance. Sleek headlights separated by a chrome finished grille on my Allure trim test model while the now signature claw taillights accentuate the rear. The new 5008 gains additional length from its sibling the 3008 while they are both built on the same PSA EMP2 platform. The additional length allows for the 5008 to house 7 seats with ease. While the 5008 is only available in front wheel drive, it does carry off the rugged SUV looks albeit I wouldn’t be venturing too far off the beaten track in it! 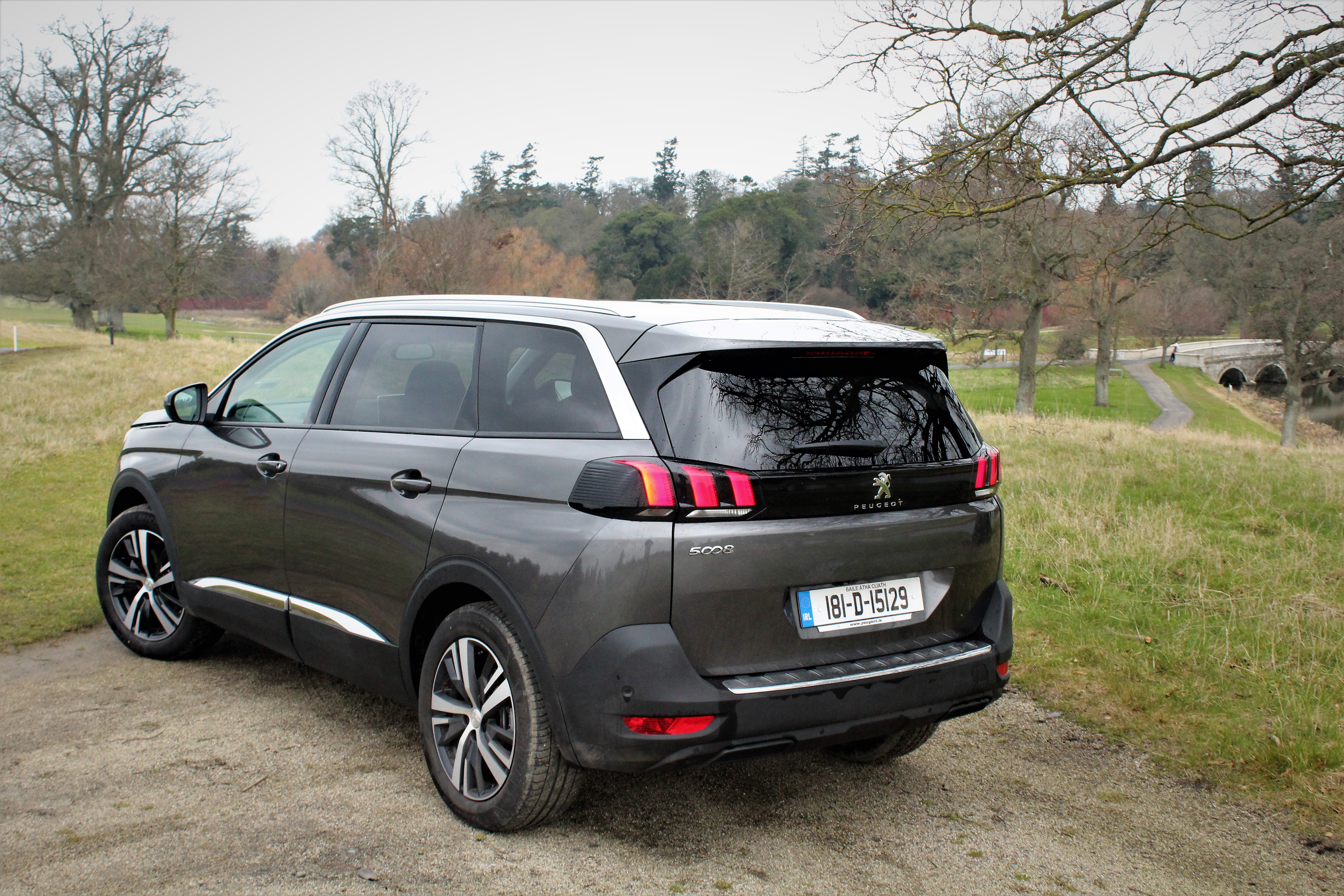 The new 5008 is available in four trim levels; Access, Active, Allure and GT Line along with a choice of petrol engines in the form of 1.2 and 1.6 litre options as well as 1.6 and 2.0 litre diesel engines. Manual and automatic transmissions are also available.

Sitting inside the 5008 you will see that Peugeot have once again struck gold. I first experienced this interior layout at the launch of the 3008 in Paris and with that success it has understandably carried over into the 5008. Peugeot have gone to great lengths to ensure that the interior finish of the new 5008 is top of the class and the materials which have been utilised reflect this. The majority are soft touch with added detail such as cloth inserts along the dash line to add to the character. All controls are driver orientated while space is plentiful throughout the cabin.  Standard on the 5008 is the digital instrument display which provides all of the relevant driving information and is easily viewed. Various options can be selected by scrolling through the buttons located on the steering wheel which allows you to set up the digital display in a way that suits you best. 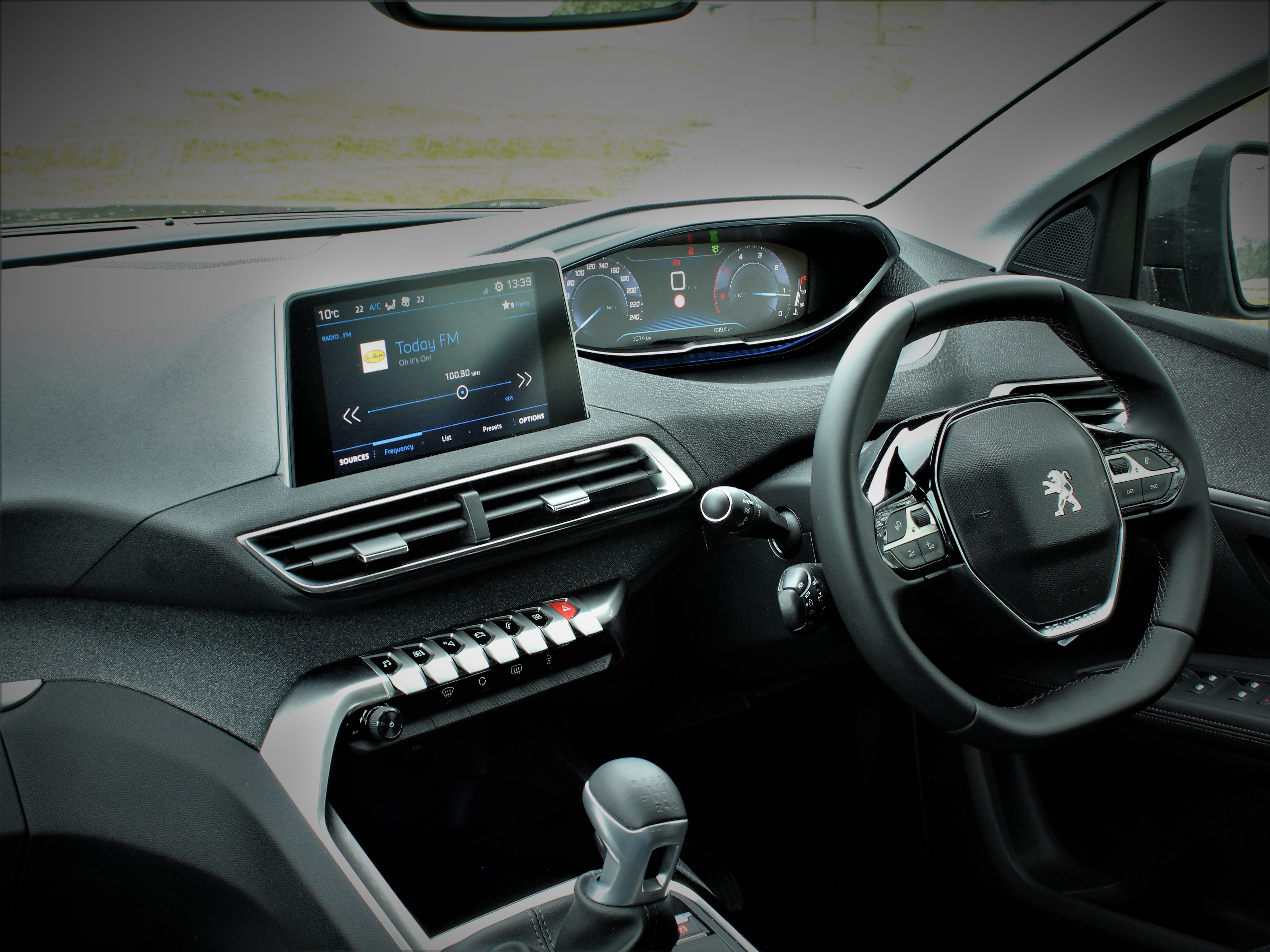 Operating the large touch screen positioned in the centre of the dash is achieved with ease. One bug bear which I would have and something which is not exclusive to the new 5008 is the fact that the climate control is also operated through this touchscreen which means that if this particular unit ever fails on you, you have access to nothing. This little issue aside though, this system is easy to navigate and offers everything you need. 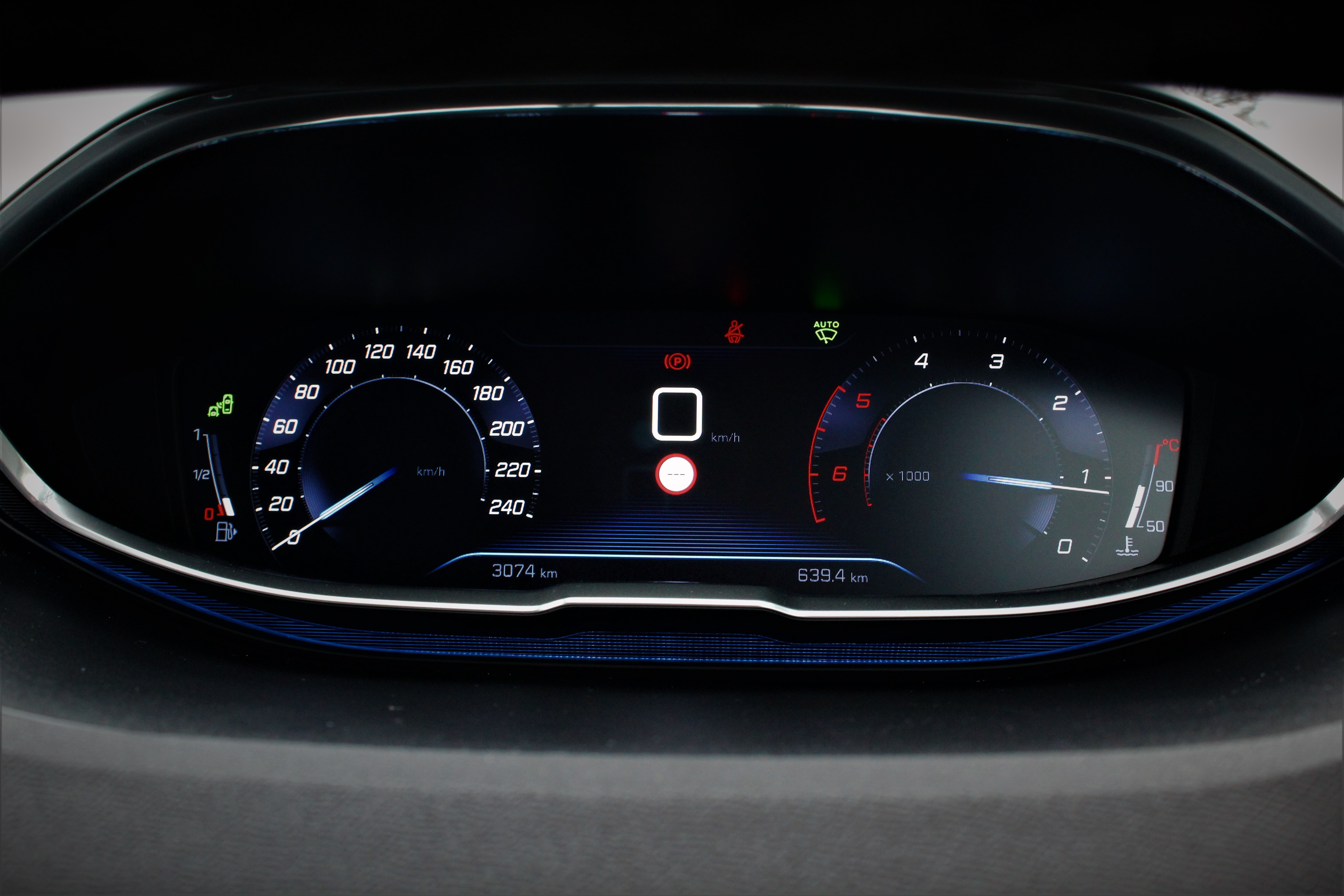 The raised driving position ensures maximised visibility with ample adjustment in both the drivers seat and steering wheel to optimise your comfort. If you still have concerns given the overall size of the 5008 the Allure trim comes with front and rear parking sensors as standard as well as a 180-degree reversing camera. One of the big selling points for the 5008 is the three independent seats in the second row with ISOFIX on all three seats and sufficient space for three ISOFIX seats rather than trying to squeeze a small booster in between the baby seats either side. 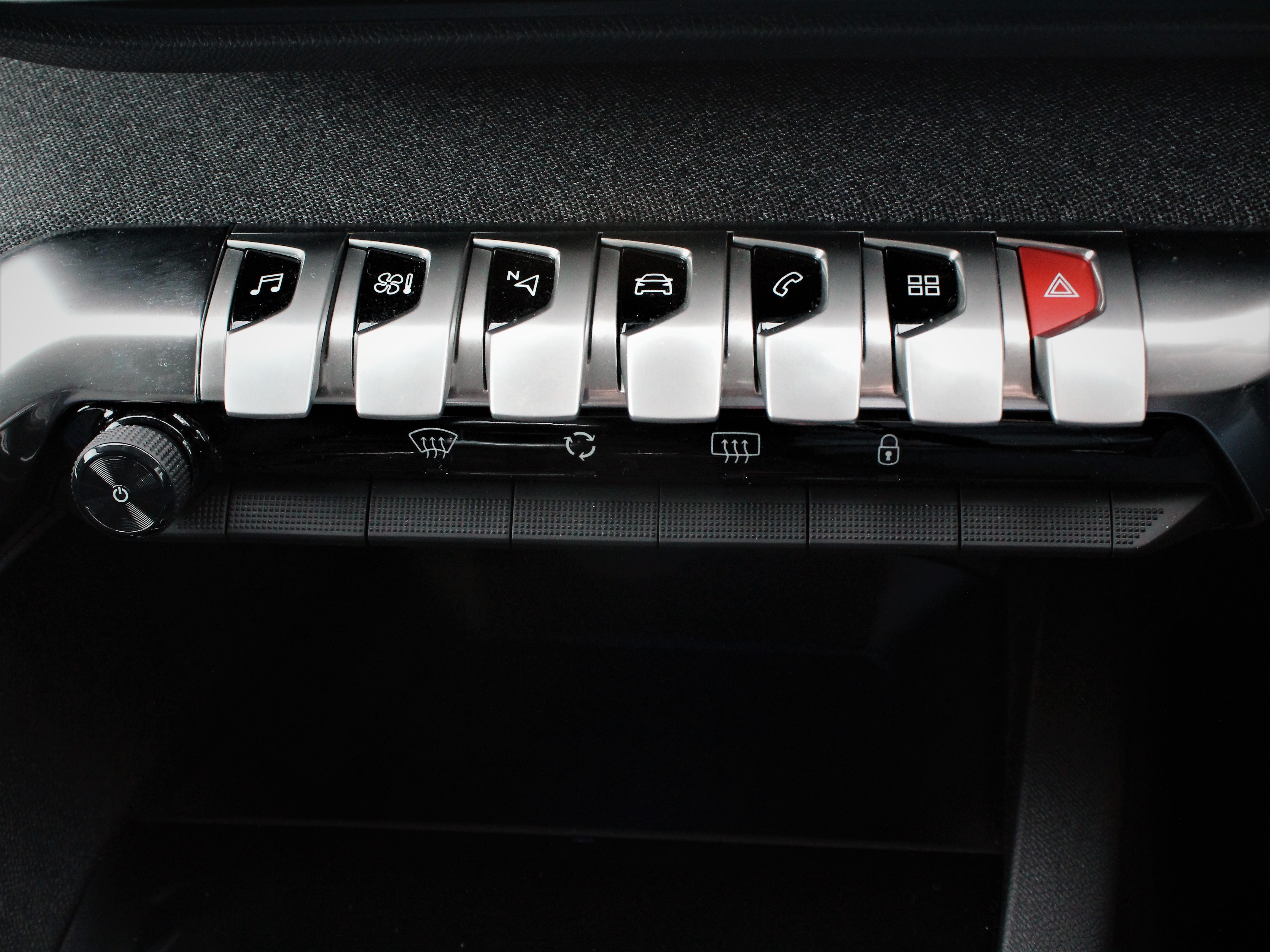 It’s difficult not to draw comparisons between the 3008 and 5008 given that they are built on the same platform and these similarities continue on the road. As with the smaller sibling, the 5008 provides one of the smoothest drives in its segment. I struggled to find an everyday surface that challenged the suspension of the 5008 and even on the harshest of backroads, noise intrusion was minimal, and you just have a sense that it is floating along. This floating feeling however is not replicated in the steering which offers good weight and feedback ensuring that you always feel in control. The 5008’s small steering wheel, like so many Peugeot models takes a little bit of getting used to but once you’ve gotten to grips with it you barely even notice it and are actually thankful as it increases your visibility of the dash display. 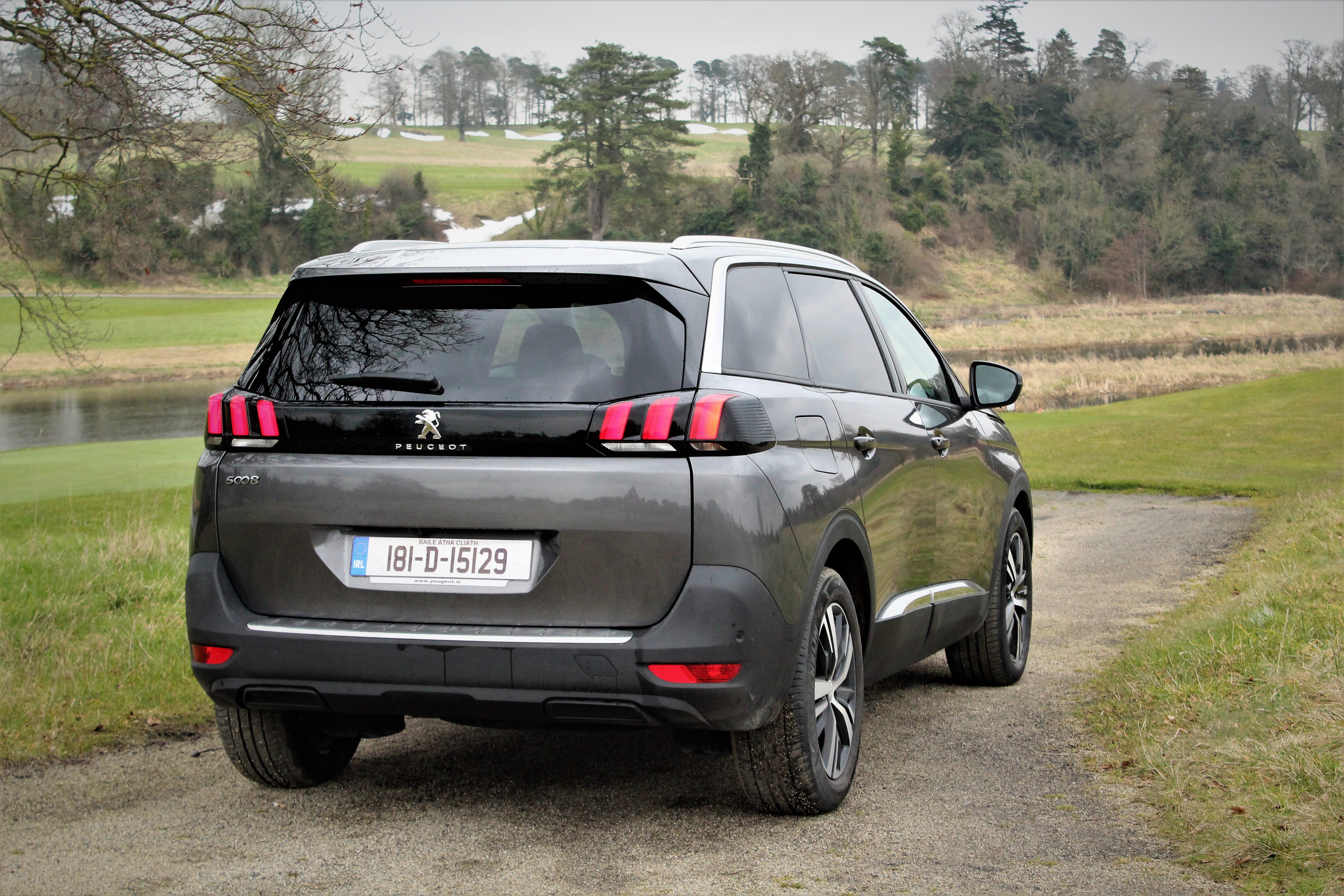 On the road, the 1.6 BlueHDi diesel engine in my test vehicle performed well. Paired with a 6-speed manual transmission and pushing out a respectable 120hp, throttle response was good and the power to weight ratio seemed to be well thought out. The 5008 felt as at home in the city streets as it did on the open motorway. It feels very refined cruising on the motorway with both road and wind noise kept to a minimum. Given its overall size this is quite an achievement.

In a segment that is expanding as quick as consumers are buying cars, the 5008 has an awful lot going for it. Interior and exterior design are on point as well as having ample space. Personally, I would choose the Allure spec at minimum in order to ensure you get most of the things you are looking for as standard. These include; ABS, Emergency brake assist, ASR, Dynamic stability control, automatic emergency braking, distance alert system, active blind spot detection, active lane assistance, advance driver attention alert, Smartbeam assistance, electronic parking brake with hill assist as well as LED interior lighting along with rear LED lights and LED daytime running lights to name but a few. 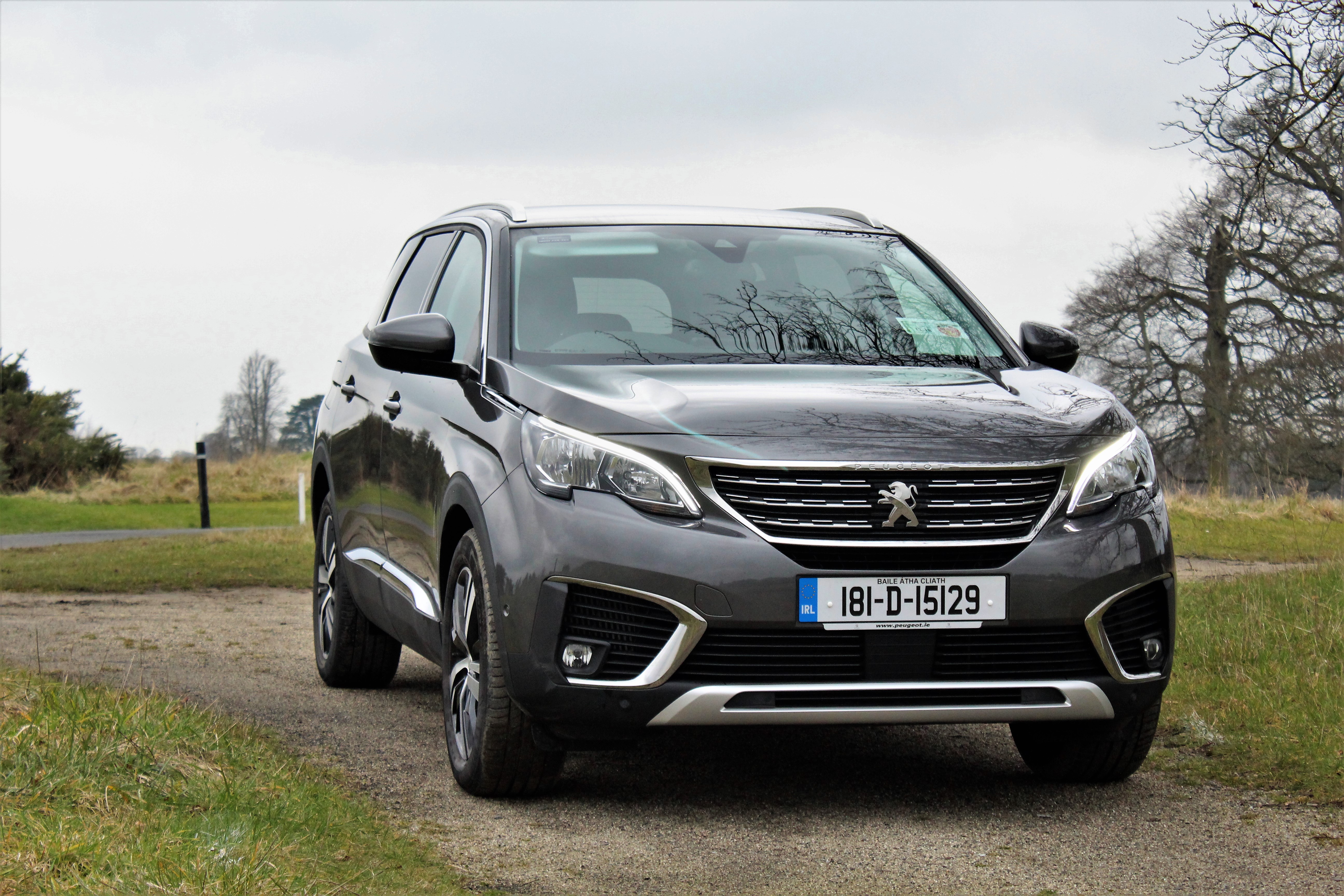 Personally, I think the new 5008 definitely has the ability to put it up to its competitors. Given the success of the French brand over the past number of years with several European and Irish Car of the Year awards, the 5008 has arrived with great momentum. Now its time to see if it can capitalise on that.