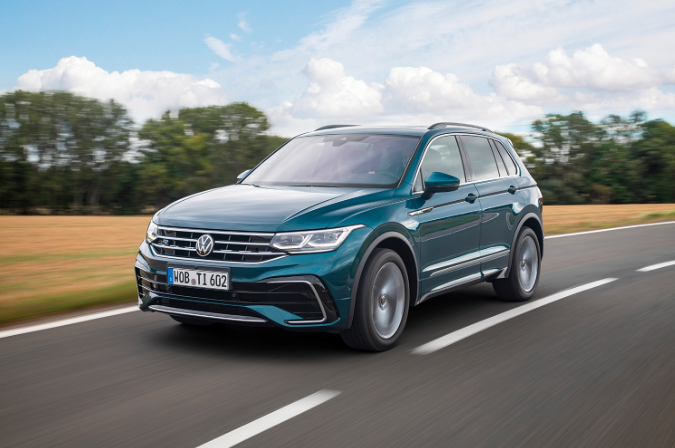 The Tiguan, which has sold more than six million units globally, is Volkswagen’s best-selling model in Ireland and was the 3rd most popular in 2020 (Volkswagen remains Ireland’s No.1 brand for total sales). To further build on this momentum, the latest model is now available to order in Ireland featuring a host of new exterior, interior and technological updates.

The new Tiguan has been revised and refined to be cleaner and more digital. There are a range of new, more efficient petrol and diesel engines and these will be followed later this year with an all-new Plug-In Hybrid Model (PHEV). There is also now a separate Tiguan R model for the very first time, offering the levels of performance associated with R models, with all the practicality of a Tiguan. 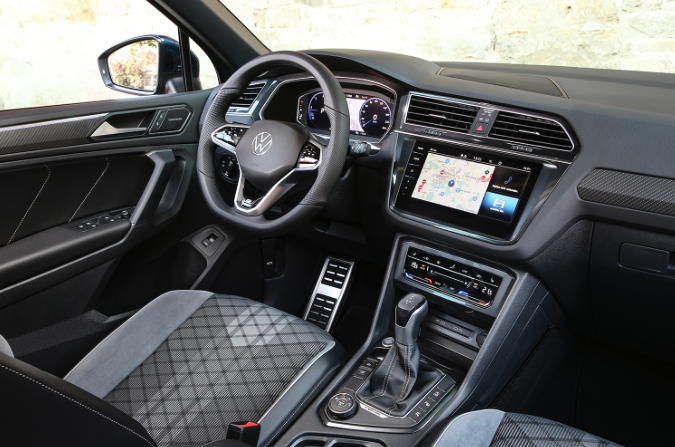 The new Tiguan has a more confident appearance, which was very much the aim of designer Klaus Zyciora, linking the design to models such as the larger Touareg. The bonnet is more concise in its appearance and the new radiator grille with LED headlights is wider, with the new Volkswagen badge positioned centrally at the front. There are redesigned bumpers, and at the rear the Tiguan lettering is now in a prominent central position below the Volkswagen badge.

Inside there is a new steering wheel featuring touch controls (standard on R-Line and R) and Volkswagen has also digitalised the climate control functions by means of touch sliders and touch buttons in some trim levels. Optional IQ.LIGHT (€512 on R-Line, standard on Elegance and R) – LED matrix headlights guide drivers through the night with enhanced convenience. 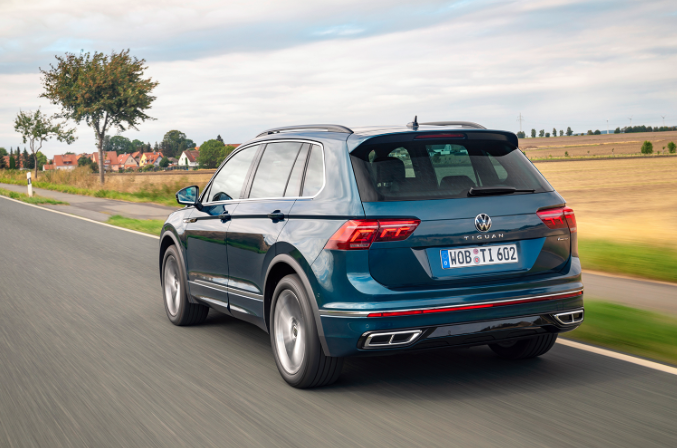 The particularly popular TDI engine in the Tiguan has now been equipped with two sequentially arranged separate AdBlue injection systems and SCR catalytic converters. Thanks to this twin dosing technology Volkswagen consequently reduces nitrogen oxides (NOx) considerably compared with the predecessor vehicle. All new Tiguan models equipped with TSI and TDI engines fulfil the requirements of the Euro 6d emission standard. In addition, all such models – regardless of whether they have a petrol or a diesel engine – are equipped with a particulate filter.

There are new trimlines for the new Tiguan. The ‘Tiguan’ trimline offers an outstanding value for money entry to the Tiguan range – at €32,510 with a 1.5-litre 130hp petrol engine and €34,345 with a 2.0-litre, 122hp diesel engine. All ‘Tiguan’ models feature 17” Montana alloy wheels, 8” Ready 2 Discover radio system, 2 USB-C ports in the front, Air Conditioning and LED daytime running lights. There is also Wireless App Connect for Apple CarPlay and Android Auto.

Next up is the Tiguan Life. This starts at €35,285 for the 1.5-litre, 130hp petrol engine with a manual gearbox or €40,330 with a 7-speed DSG. The 2.0-litre TDI Diesel Life starts at €36,515 with a 6-speed manual transmission or €41,425 with a 7-speed DSG automatic. Life models increase the levels of equipment compared to the Tiguan trimline with items such as 18” Frankfurt alloy wheels, 8” Discover Media Navigation System, Adaptive Cruise Control, Park Distance Control, 3-zone climate control, Natural voice control, black roof rails and tinted rear windows as well as Comfort seats in the front and additional storage compartments. 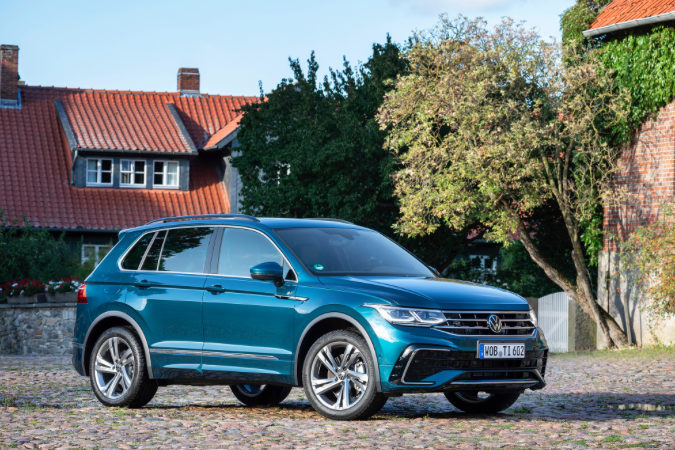 A further step up comes in the Elegance trimline which is a trimline that is aimed at those buyers wanting the best of technology, which comes with one petrol version, a 1.5-litre TSI 150hp 7-speed DSG for €45,020. There are three diesel versions of this trimline, a 2.0-litre 150hp manual for €43,350, a 7-speed DSG version of this for €48,47. For more information contact your local Volkswagen dealer.