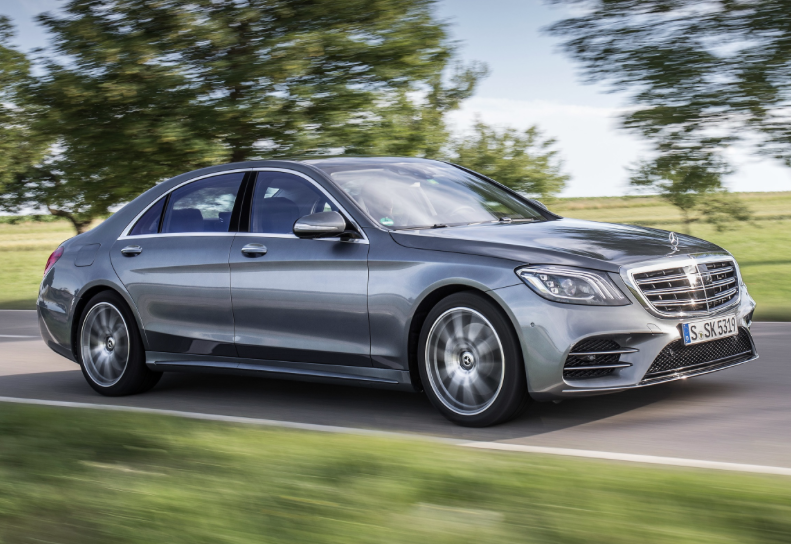 The subtle touches, the clever modifications, the engineering enhancements and the almost imperceptible styling changes that come together to inject new appeal into every car in the midst of a long life cycle are to be seen in the new Mercedes-Benz S-Class, first versions of which are arriving here in October. Flagship model of the Mercedes-Benz range – and the best selling luxury saloon in the world last year – the S-Class saloon has sold well over 300,000 units since its introduction in 2013. Now, in its latest form, the S-Class has many new elements that distinguish it from its predecessor, including an eye-watering array of technical features that Mercedes-Benz says will ‘better protect the safety of passengers and enhance the driving experience’.

Described by Ciaran Allen, sales manager for Mercedes-Benz in Ireland, as a ‘technological master class’ worthy of its place at the head of the Mercedes-Benz model range, the new S-Class will, he said, deliver ‘unbeatable levels of luxury, comfort, safety and enjoyment, whether driving or being driven.’

As expected from a model of such calibre, the new S-Class will come with industry leading levels of standard and optional equipment. New is a slightly remodelled radiator grille, a redesigned lower bumper section, and LED headlamps with prominent ‘light torches’ that adjust to traffic conditions. High-quality open-pore woods and leather-trimmed doors and upper body edges define the interior. Under a shared glass cover that forms a widescreen cockpit are two high-resolution 12.3-inch screen displays. Touch-sensitive buttons on the steering wheel give the driver control of functions. An infotainment system is operated via a centre console touchpad and by voice control that responds to more than 450 commands. 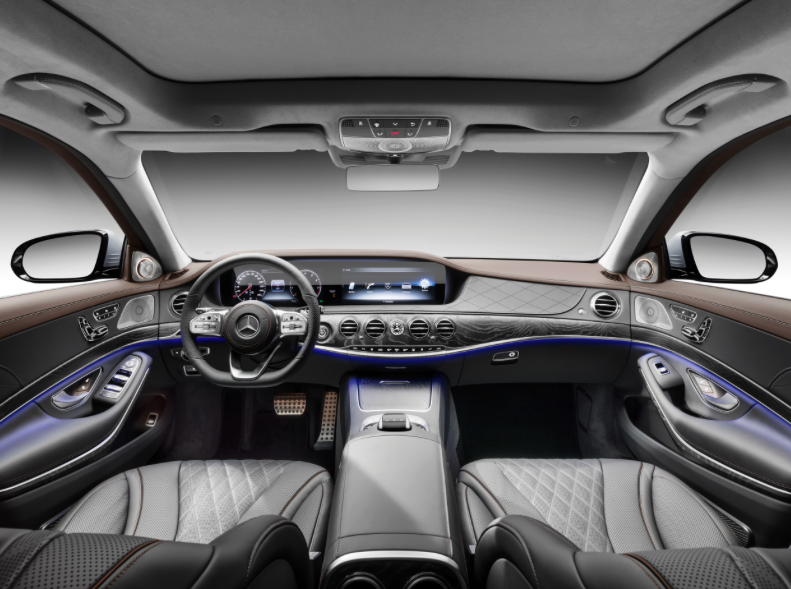 Recognising its status as a technological forerunner from which innovations trickle down to other models in the Mercedes-Benz range, this latest S-Class comes equipped with a host of features that take it another big step closer to autonomous driving. Active Distance Control and Active Steering Assist help the driver to maintain a safe distance and steer while speed is adjusted automatically ahead of bends, junctions or roundabouts. For example, Active Distance Assist uses substantially more map, route information and navigation data to support the driver and adjust vehicle speed, appropriately. Magic Body Control with Road Surface Scan is another function that recognises road bumps in advance and compensates for them, while another comfort enhancement, Curve Inclination Function, is available for the S-Class for the first time.

Drivers can enjoy an extra feeling of ‘wellness’ according to their mood thanks to an ‘energising’ comfort control system. Ambient lighting tones in the interior can be combined to create ‘colour worlds’ that suit individual temperament and mood. Climate control functions can be adjusted to ‘fragrance’ the interior. Seats have heating, ventilation and massage mechanisms. The music system has six mood-appropriate programming options from which Freshness, Warmth, Vitality, Joy, Comfort and Training may be selected. Infotainment features include a wireless, holder-free charging for mobiles and a wider range of text messaging options, including the possibility to receive, send, forward and use voice-to-text dictation. A new ‘concierge’ service enables passengers to engage with a wide range of services. 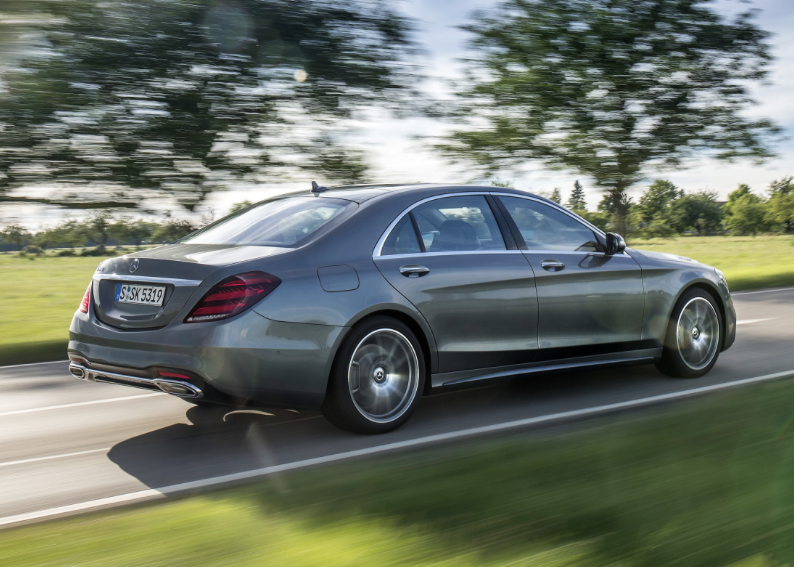 An intelligence-driven fuel-saver, the S-Class employs navigation data, traffic signs and information from the driving assistance systems to give advance notification of conditions ahead, well in time to allow the driver adopt an appropriate driving style. Decelerating and coasting to a halt are energetically optimised. Another new feature is message notification should the car suffer a parking dent thanks to sensors that can detect an impact and text the owner. Powering the new S-Class is a new range of highly efficient engines, all fitted with a ‘keyless’ start function – marked by the introduction of a new, attractive generation of keys. New 6-cylinder in-line S350d 4MATIC and S400d 4MATIC diesels, said to consume 7% less fuel despite delivering added power, are the most powerful in Mercedes-Benz history. Four petrol versions will also be available at market launch – an S560, S560e (plug-in hybrid), AMG S63 and AMG S65. Though prices have yet to be determined, and will be announced closer to arrival, it is predicted they will be ‘only moderately above’ current figures.