Back in the late nineties, Mercedes launched the M-Class and have since billed it as the original premium SUV. It went on to be a hugely successful model for the luxury German manufacturer and they sold over 2 million of them before realigning their product range naming structure and rebranding the M-Class as the GLE.

However, the first model with the GLE badge was a rather underwhelming affair. Mercedes may well have invented the premium SUV but they had taken their eye off the ball and even at its launch, it felt dated. At the time BMW, Volvo, Audi and Porsche were enjoying huge success at the premium SUV party and had brought with them more refined, better equipped and stylish looking offerings. Mercedes were now being forced to play catch up at their own game. 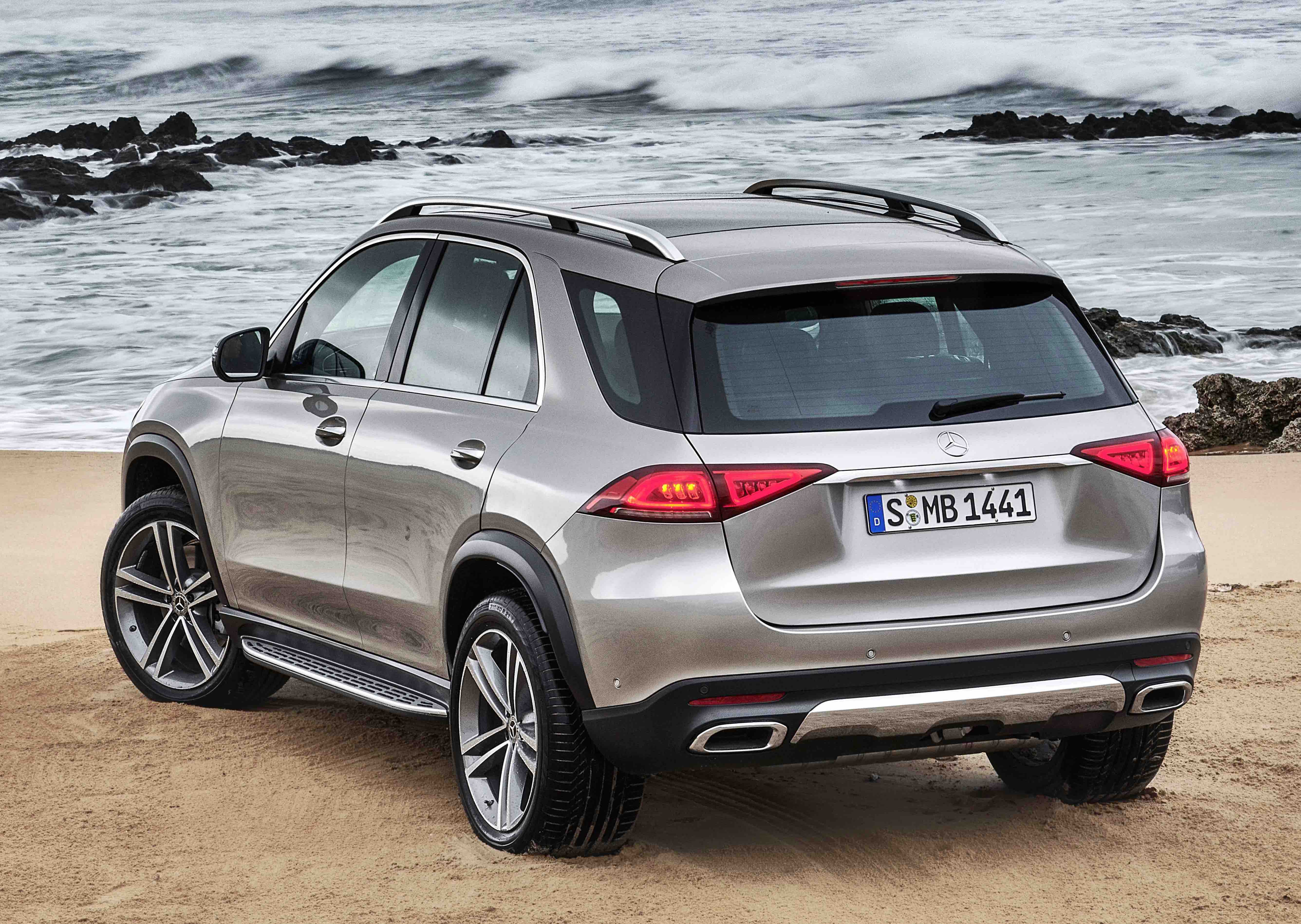 Enter the new 2019 GLE – bigger and now available as a 7-seater! And whilst it’s still the practical workhorse that owners will expect their SUV’s to be (thanks to its 3500kg towing capacity), it’s styling is a clear improvement over the outgoing model. The GLE now has a noticeably more-rounded, more-elegant presence. It has an 80mm longer wheelbase paired with shorter overhangs and flush-fitted wheels. The new exterior design has the GLE’s drag coefficient down to 0.29, which is the best in its class and makes the GLE more fuel efficient than its predecessor. It’s all quite impressive for a vehicle that’s almost 3m long.

The biggest improvements however can be found in the GLE’s cabin. In terms of space, it’s hugely impressive. The boot offers a generous 630 litres of luggage capacity (in the 5 seater version). Slide the middle seats forward and this extends to 825 litres. With the middle seats folded away, this jumps to a van-like 2,055 litres.Rear seat passengers now enjoy well over one metre of legroom and as an optional extra, owners can opt for that second row of seats to be electrically adjustable too. The optional third row of seats is where it becomes a bit more of a squeeze but that being said an NBA team could comfortably car pool to training in the GLE. 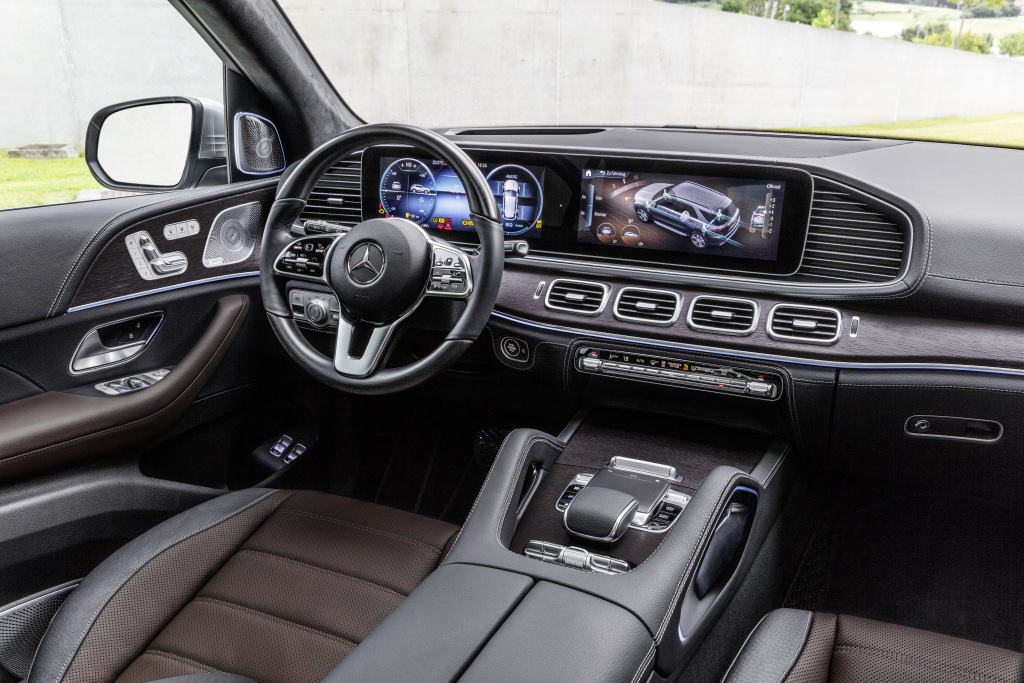 As with every new model in the Mercedes-Benz range, the cabin is kitted out with a host of high-tech equipment and features Mercedes acclaimed MBUX driver assistance and infotainment system as well as their ‘Hey Mercedes’ voice-activated feature as standard. Immediately noticeable are the two impressive 12.3” screens mounted atop the dashboard which replace the traditional hooded binnacle. It’s the kind of special, up-market feature that the previous GLE was so badly lacking.

These screens create a panoramic effect and display all the usually required driver information as well as a host of customisable features. It’s all controlled via a centrally located touchpad which can at first, be very fiddly to use without having to take your eyes off the road ahead. 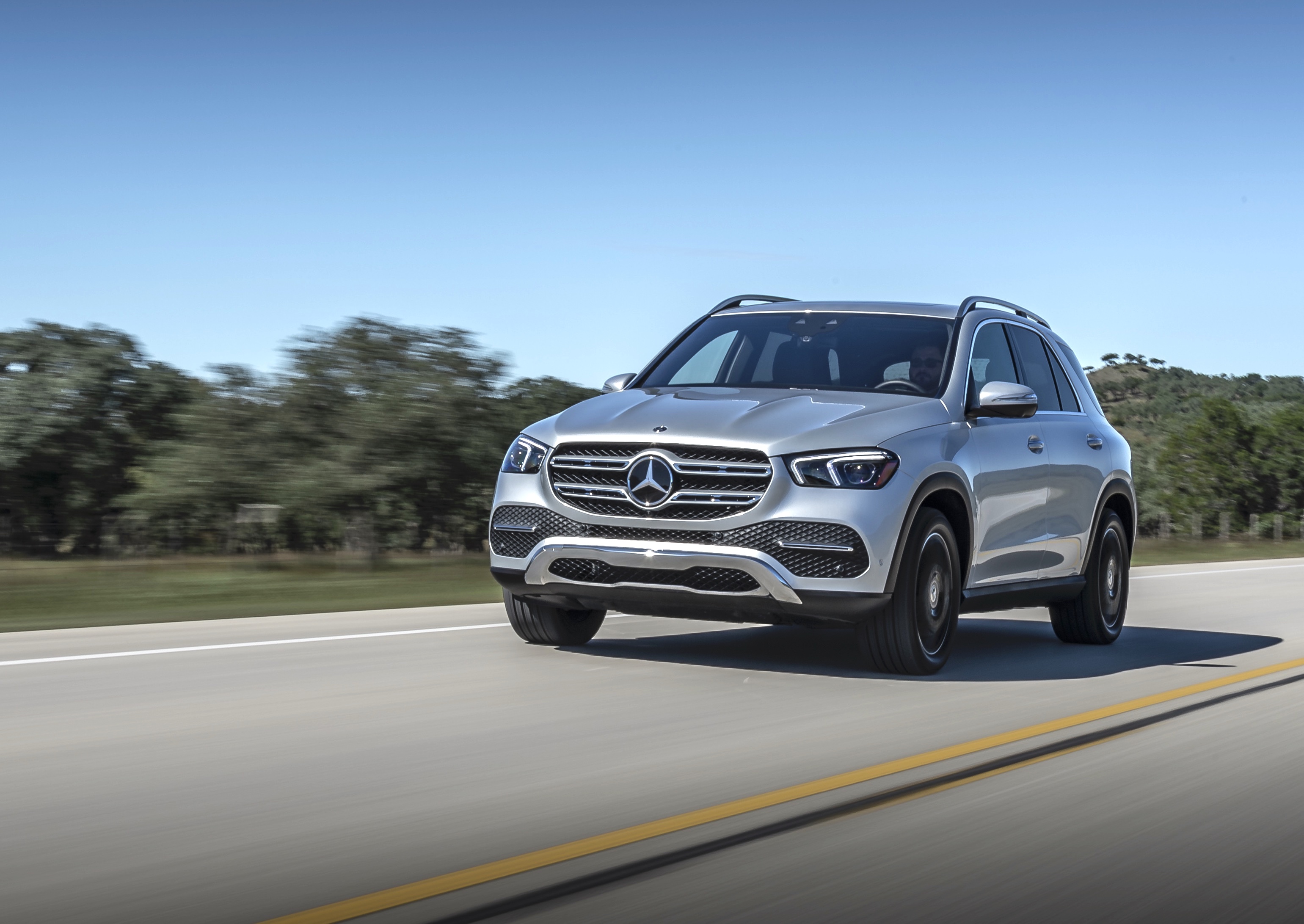 The GLE is available with a choice of four engines all paired with their 4MATIC  transmission. A diesel plug-in hybrid is expected later this year, which we’re told will offer up to 100km of fully electric range. On this occasion though I had the only 4 cylinder unit of the current bunch. Despite being the smallest engine in the range, the 1950cc GLE 300d still puts out a more than adequate 245bhp and 500Nm of torque. It’ll sprint to 100km in 7.2 seconds and which Mercedes say, will use just 6.4L of fuel per 100km. On the road the GLE offered a quiet and smooth drive and over the course of the test week, I found that latter figure surprisingly accurate and I comfortably achieved an average of 6.8L per 100 km. 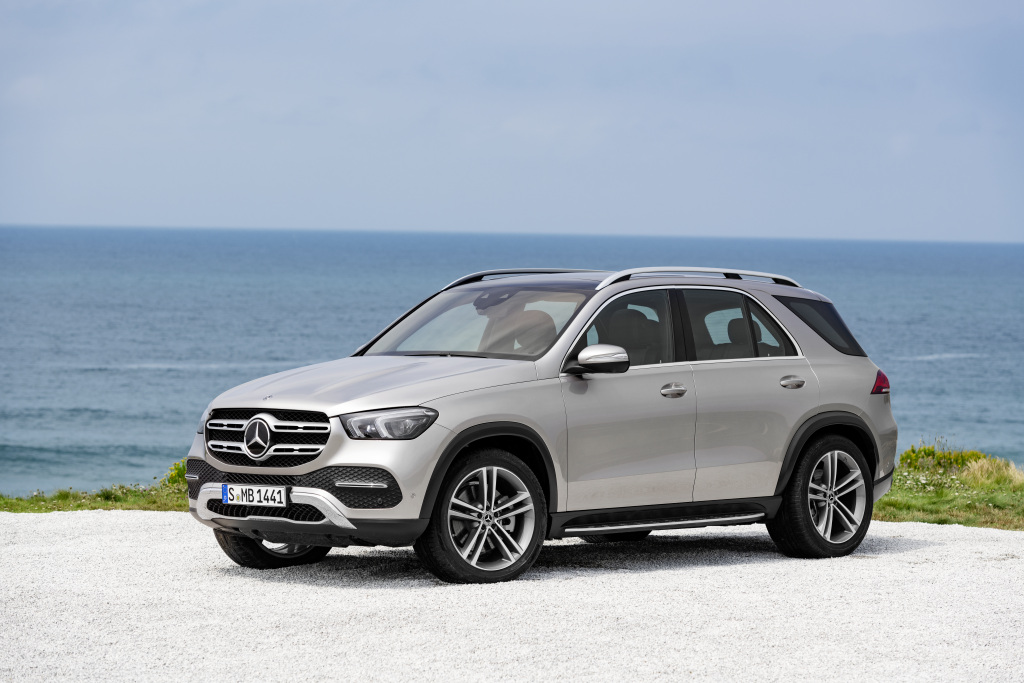 The GLE was the first SUV in its class to meet the new Euro 6d emissions standards which are coming into force from January 2020. This is in part thanks to the GLE’s new extended exhaust gas after-treatment system and additional under-body SCR catalytic converter technology which Mercedes claim reduces nitrogen oxide emissions down to 20milligrams per kilometre on average. In terms of Co2 the GLE 300d emits 162g/km placing it in road tax band D.

With this new GLE, Mercedes has given us greater space, more refinement, a range of impressive next-generation engines and a ton of the latest technologies, almost all of which are as standard.  It’s fairly safe to say that Mercedes-Benz has its premium SUV game back on track. 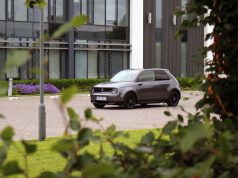