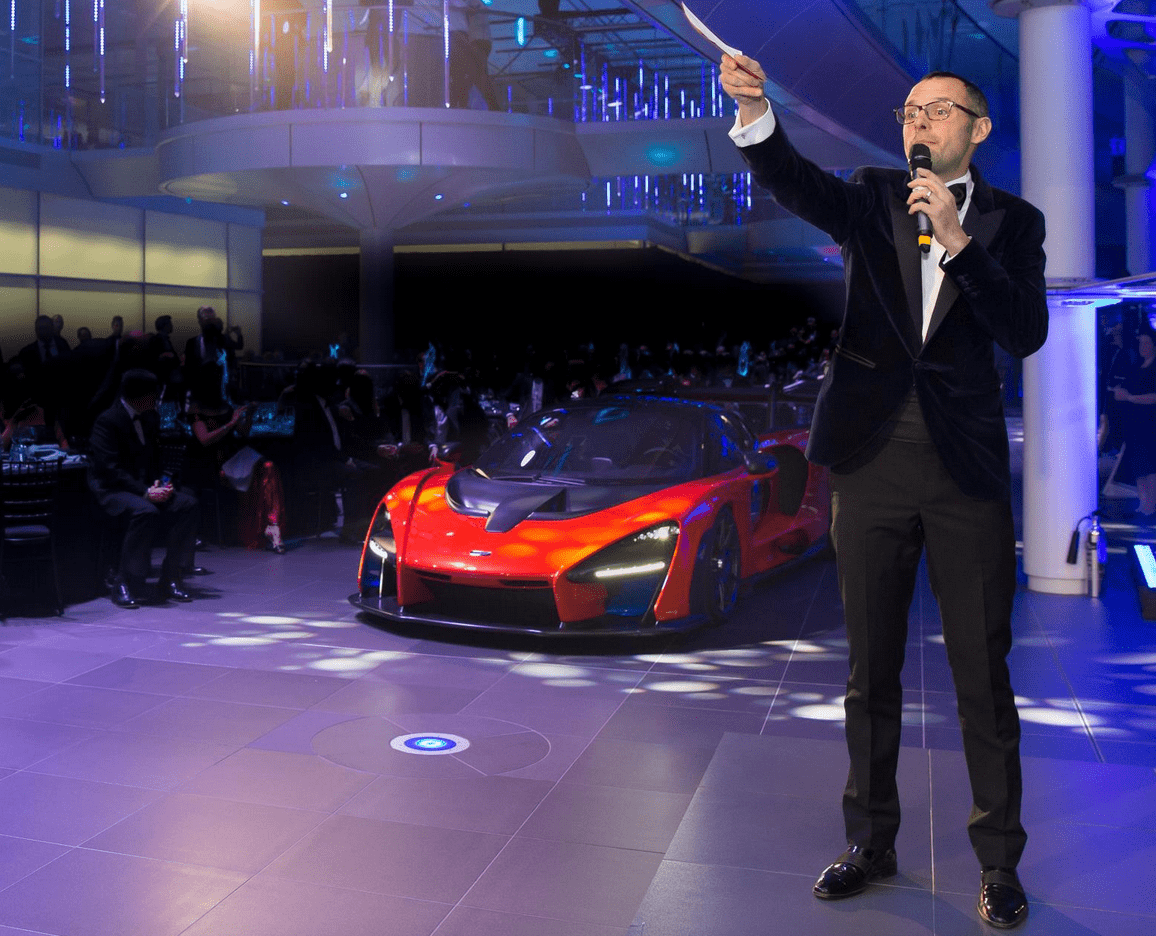 Intensive bidding throughout a spirited auction at a private event for McLaren customers saw the final and one remaining build allocation for a new McLaren Senna raising an astonishing £2 million for underprivileged children and youngsters in Brazil. Revealed to the world online at 00:01 on December 10, 2017, the McLaren Senna is the most extreme road car to date from McLaren Automotive. Designed, engineered and developed with the single-minded purpose of being the ultimate McLaren track car legalised for the road, the McLaren Senna is the purest expression yet of the McLaren ‘form follows function’ design philosophy. The last of the 500 build allocations was discretely held back to be auctioned at an annual event for passionate devotees of the McLaren brand and its cars. With guests believing that every example of the new McLaren Senna had been allocated, excitement was palpable when the surprise auction was announced. Fierce bidding saw auctioneer Max Girardo kept on his toes before the gavel fell at £2,000,000 excluding taxes – more than three times the UK list price of the new McLaren Senna.

“The McLaren Senna is the personification of McLaren’s motorsport DNA, designed without compromise to excel on a race circuit, but legalised for road use,” explained Mike Flewitt, Chief Executive Officer, McLaren Automotive. “Only 500 will be built and to raise such a significant sum at auction for a cause as worthy as the Instituto Ayrton Senna – the foundation that cherishes the legacy of one of McLaren’s greatest Formula 1 racing drivers – is both a genuine pleasure for McLaren and a testament to the desirability of our new Ultimate Series car.”

The indomitable spirit of Ayrton Senna has always been alive at McLaren – with whom he won all three of his Formula 1 World Championships – and the McLaren Senna will further amplify his global legacy and link to the McLaren brand.

“Raising this amount of money for the Instituto Ayrton Senna is a wonderful result for our collaboration with McLaren Automotive,” commented Viviane Senna, Ayrton’s sister and mother of racing driver and McLaren ambassador, Bruno Senna. “The Senna family has a long-standing association with the McLaren brand and when the idea of a new model in the McLaren Ultimate Series taking Ayrton’s name was raised, we were immediately interested to explore the possibility. Now that the McLaren Senna has been revealed, we can say publicly how happy we are to be a part of this project.”

The legendary Brazilian Formula 1 racing driver was renowned for his exceptional powers of concentration and single-minded focus on being the best on the track. The ambition is the same for the McLaren Senna, the driver hardwired into the dynamic experience the car delivers, every sensation that comes from driving at speed precisely communicated to ensure complete control. With a 4.0-litre twin-turbocharged V8 engine producing 800PS (789bhp) and torque of 800Nm (590 lb ft) – the most powerful road car internal combustion engine ever created by McLaren – and a lightest dry weight of only 1,198kg*, the McLaren Senna is ferociously quick. More importantly, the aerodynamic qualities and RCC II RaceActive Chassis Control hydraulic suspension of the car ensure that it has incredible circuit ability: the ambition for the McLaren Senna is for it to be the best road-legal track car, setting a new benchmark for track prowess.

“Our family is extremely proud of the naming of the new Ultimate Series McLaren. This is the first project that really connects with Ayrton’s racing spirit and performance and the McLaren Senna honours my uncle because it is so utterly dedicated to delivering a circuit experience that allows a driver to be the best they can possibly be.”