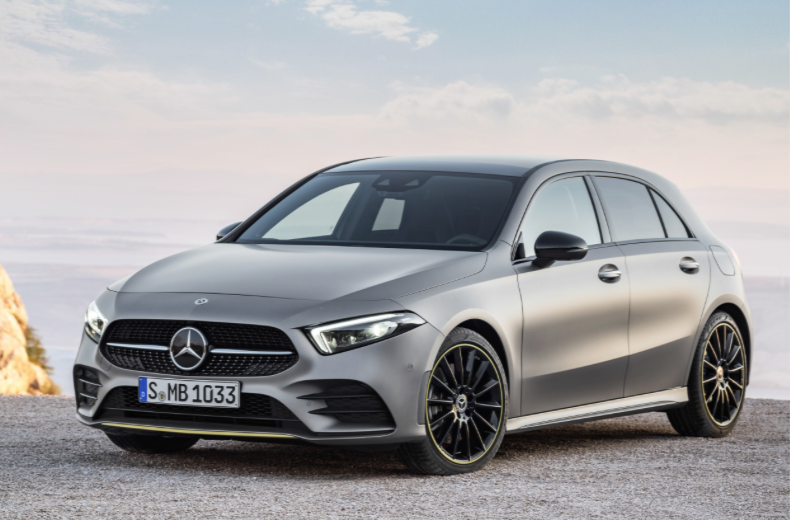 Mercedes-Benz has lifted the covers off its all-new A-Class, latest in a generation of cars that the German manufacturer believes will redefine modern luxury in the compact class. Set to be one of the crowd-pleasing attractions at the Geneva Motor Show, the all-new A-Class is more ‘grown up’ and more comfortable than before whilst still retaining all of its youthful appeal. Said by Ciaran Allen, sales manager for Mercedes-Benz passenger cars, to be ‘amongst the first of the new for 182’, it is expected to arrive into Ireland immediately before second-half registrations commence. With model range and prices to be announced closer to introduction, Allen underlines Mercedes-Benz’s determination to drive sales by continuing to maintain what he calls ‘an extremely competitive position’.

Proven in wooing a new, younger generation of motorists into Mercedes-Benz ownership, this latest A-Class takes over from a bestseller that has given the brand a distinctly more youthful fan base. According to Mercedes-Benz, drivers are now some 13 years younger on average than those of its predecessor. Though numerous body changes have been introduced to give it a noticeably larger and even more energetic appearance – noticeably a more sloping bonnet and lower, more angular headlights and grille with inset star – Its most pronounced changes can be seen in an interior that its designers say is completely new and quite revolutionary. 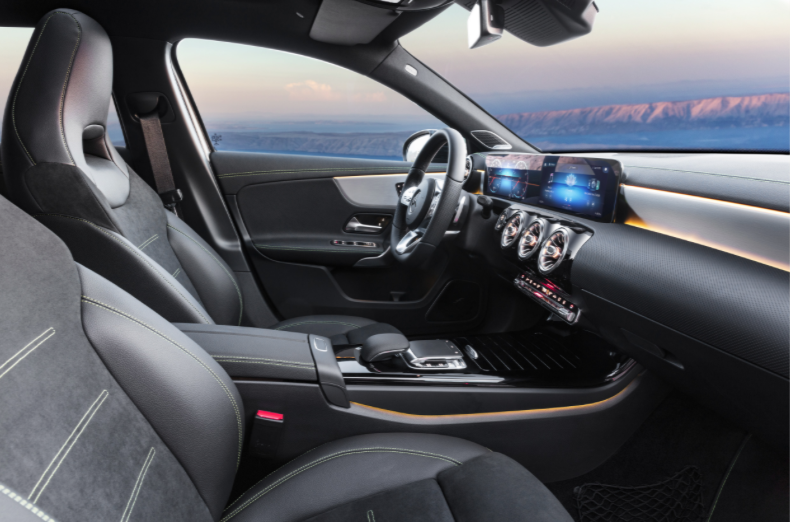 Exuding a new sense of spaciousness – thanks to 7mm/8mm more front/rear headroom, 9mm/22mm more front/rear shoulder room, 35mm/36mm more front/rear elbow room – its interior architecture is marked by an avant-garde dashboard design and control-and-display systems that are said to be a USP in this segment. Visually, the dashboard is divided into two sections, one set above the other – the lower section separated from the other by appearing to ‘float’ before it in a three-dimensional way, an effect that can be accentuated by optional ambience lighting. Arguably its most ingenious feature is an ultra-modern multimedia and infotainment system, one of whose characteristics is a capacity to ‘learn’ thanks to its use of artificial intelligence. Branded the Mercedes-Benz User Experience – MBUX, for short – this ‘intuitive’ operating experience is said to significantly reduce driver distraction.

At its heart is a high-resolution, wide touch-screen operation that embodying a navigation display with augmented reality technology, plus intelligent voice control with natural speech recognition. Destined to capture the imagination of younger drivers, its workings focus on a finger-touch concept that combines a touch screen, centre console touch pad, and touch control buttons on the steering wheel. Some features in the new A-Class are drawn from models that rank above it in the Mercedes-Benz firmament. For example, its multifunctional steering wheel is derived from the S-Class while its front seats incorporate comfort features from its more luxurious siblings, including seat climate control, multi-contour features and a massage function. More space, better all-round visibility, and easier access to the rear seats also constitute a design plus, as is its luggage compartment with 370 litres capacity – 29 litres more than previously. 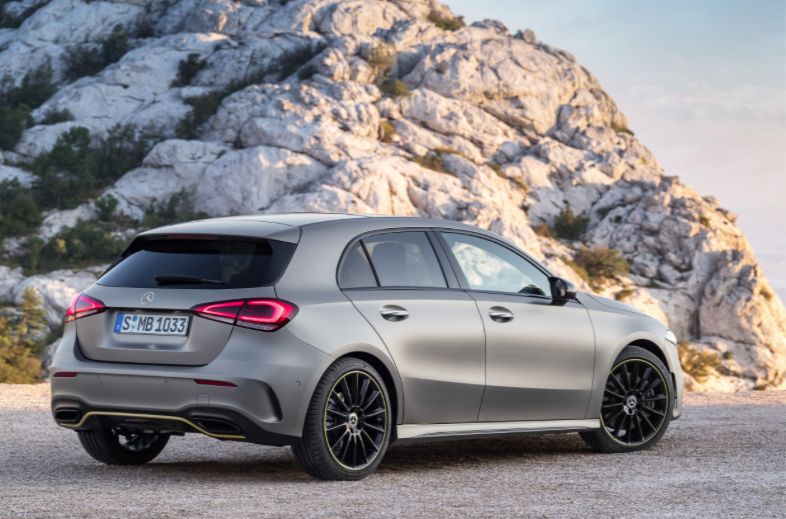 A range of new engines comprises two 4-cylinder petrol options of 1.4-litre and 2.0-litre capacity and a new 1.5-litre diesel with power outputs in the 116 to 224hp range initially with higher performance AMG versions following. Transmission is 6-speed manual (on A220 version) and 7-speed automatic (on A250 and A180d versions). Advanced safety systems include see-ahead camera and radar with up to 500 metres range plus many ‘active’ features now common in Mercedes-Benz models, including Lane Keeping, Adaptive Braking, and various Distance Control and Driver Assist systems. Commenting, Ciaran Allen, sales manager for Mercedes-Benz passenger cars in Ireland said: “with the new A-Class, Mercedes-Benz is set once again to raise the bar in the compact segment”.

“Supported by competitive finance plans, and with an expanded dealer network that includes new high-profile outlets in Dublin, Sligo, Galway and Wexford – all experienced in representing large volume brands – we have the resources required to mount a serious challenge to other compact class brands with the aim of gaining an even greater share of sales at the entry level than was possible previously,” Allen said.