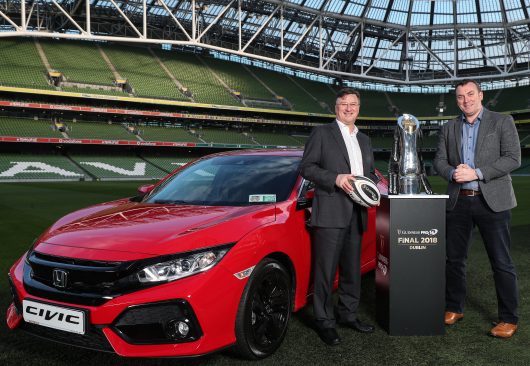 Honda Ireland has been driving safety, efficiency and performance on Irish roads for over 30 years and will also bring their own touch to the Young Player of the Year award for the 2017/18 season.

Honda Ireland have become the fourth partner to the Guinness PRO14 Final Series in what has proven to be an historic campaign for the Championship after expanding into South Africa.

“As the Guinness PRO14 has reached out into the southern hemisphere this season, it’s quite fitting that our Car Partner for the Final Series should be such a world-renowned brand as Honda.

“Innovation is a common theme between the Guinness PRO14 and Honda. When you see our teams performing at such high levels against each other and, indeed, against their European rivals it’s because of the world-class talent they have on the pitch and the ambition and daring of their coaches.

“Honda are such a vibrant brand with a fantastic heritage and a great vision for the future, it really feels like a seamless fit for the Guinness PRO14. We’re quite proud of the attractive style of play we see from the teams in our Championship and one look at their cars tells you that Honda share that belief in providing eye-catching appeal.”

Adrian Cole, Managing Director, Universal Honda Ltd spoke about that powerful connection that sport creates with its fans and the excitement around the competitions that will be on offer.

“Honda are thrilled to be the Official Car Partner of the Guinness PRO14 Final Series and being involved with this exciting rugby tournament. ‘The Power of Dreams’ is our corporate strapline, so through our involvement we hope to bring some additional power to promote this exciting Championship and help fulfill the dreams of the contestants and fans alike.

“Challenging Spirit, the relentless drive to improve, is part of Honda’s DNA and manifests itself through the advanced technology incorporated in our range.  This same drive for improvement is intrinsic in the teams, the players and the tournament organizers who make up this terrific Championship. For this reason, the Guinness PRO14 represents a perfect fit for Honda and underpins our sponsorship involvement.” 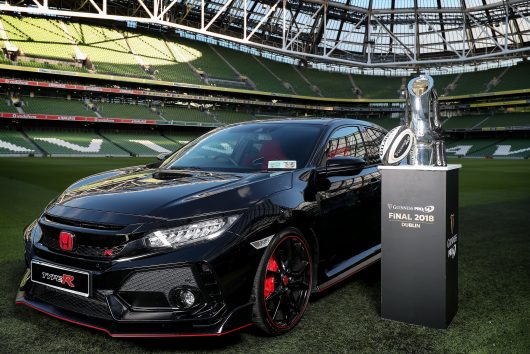