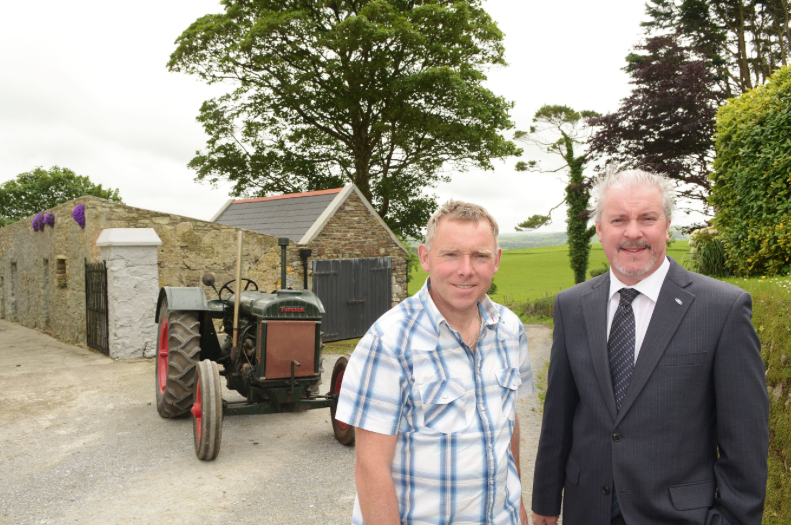 The West Cork Vintage Ploughing and Threshing Association’s Ford 100 Fest will take place on the ancestral home-farm of Henry Ford at Crohane, Ballinascarthy, Co. Cork on Sunday August 27th.
Billed as a great day out for the whole family, the event will be sponsored by Henry Ford & Son Limited and will be a celebration of 100 years of Ford in Ireland. The Ford 100 Fest will feature displays of Ford models going right back to the iconic Model T which was the car that helped Henry Ford bring motoring to the masses. In addition to all of the famous Ford cars from the past 100 years, the event will also see one of the largest displays of Fordson tractors ever assembled in Ireland. Fordson tractors were the first vehicles to be produced at the Cork Ford plant on the Marina which was established 100 years ago this year in 1917.

The Ford 100 Fest will also feature live demonstrations of ploughing, silage cutting, corn cutting, threshing and exhibits of farming from days gone by. Food stands on the day will offer up a selection of tasty dishes made from the best of local ingredients. A helicopter will also be on hand to provide attendees with a bird’s eye view of the event.

“Where else could the Ford 100 Fest take place other than at the ancestral homestead from where Henry Ford’s father and his family emigrated to the US in 1847”, commented Ciarán McMahon, Chairman and Managing Director of Henry Ford & Son Limited. “We are delighted to sponsor the West Cork Vintage Ploughing and Threshing Association’s Ford 100 Fest – it is really shaping up to be a great day out and all in aid of some very worthy charities”.

Don Coakley, Chairman of the West Cork Vintage Ploughing and Threshing Association, said: “Our Ford 100 Fest will really be the highlight event of the summer in West Cork. We are indebted to Vivian Buttimer and the Ford Buttimer family for hosting the event on the Ford family farm. In this the centenary year of Ford in Ireland, we are also hugely grateful to the team at Henry Ford and Son Limited for their generous support of the event”.

All proceeds from the Ford 100 Fest will be donated to the West Cork Vintage Ploughing and Threshing Associations chosen charities: Temple Street Children’s Hospital in Dublin; the Alzheimer’s Unit of Clonakilty Hospital; Cancer Connect; and West Cork Rapid Response.