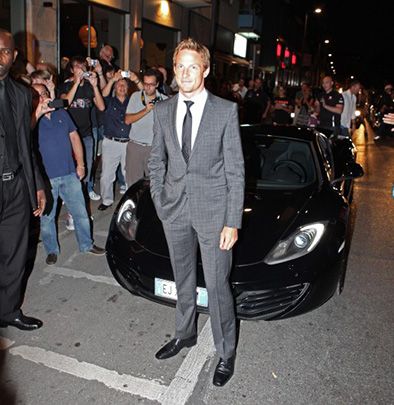 McLaren Milan is one of 35 retailers worldwide* to be appointed by McLaren to sell its future range of high performance sports cars, starting with the groundbreaking new MP4-12C.  With an outstanding record in providing outstanding customer service, McLaren Milan is the only retailer in Italy for the new British sports car company and one of 13 located in Europe.

Antony Sheriff said: “The opening of McLaren Milan marks a significant point in the development of McLaren Automotive. My vision for this company is to design and build the most innovative, efficient and high performance sports cars in the world.  We have underlined our intent with the launch of the new MP4-12C.

“The 12C is unlike other sports cars that buyers in the Italian market are familiar with.  It is designed and engineered by a team with vast experience in developing successful Formula 1 cars and features technology developed for motor racing that in the 12C, delivers the most incredible performance on any circuit or road.

The new McLaren Milan showroom is located on Corse Sempione 34/2, 20154 Milano. Visitors to the luxurious showroom have the opportunity to see the innovative new 12C sports car in the metal, and explore the technology under its skin through an installation of a 12C rolling chassis.

This example of the 12C laid bare presents the technologies in the 12C that set it apart from the competition: a one-piece carbon ‘MonoCell’ chassis, compact and lightweight M838T V8 twin turbo engine and the innovative Proactive Chassis Control system, which is the reason the 12C has the unique ability to offer bipolar ride and handling characteristics at the turn of a switch.

Also in the McLaren Milan showroom will be an important piece of McLaren’s racing history.  On permanent display from September will be the MP4/7A Formula 1 car, famous for McLaren legend Ayrton Senna driving it to first place at the 1992 Italian Grands Prix.  At the launch event, MP/4-5B, the 1990 Formula 1 World Championship and Constructor’s Championship winning car driven by Ayrton Senna and Gerhard Berger, was also presented to guests.

Ado Fassina said: “I was delighted to see our guests here so excited by the McLaren Formula 1 cars we have on display.  We are hugely passionate about Formula 1 in Italy.  It was my pleasure to welcome Jenson Button to the launch of McLaren Milan and like everyone here, I was intrigued to hear about his experiences with the 12C.

“The MP4-12C has been tested and developed by racing drivers and our customers appreciate that both Jenson Button and Lewis Hamilton have given their input into its development programme. Our customers can be confident they will receive a sports car that is lighter, more powerful, more fuel efficient and more exclusive than its competitors.

“Now is the time for us to develop the presence of McLaren Automotive in Italy, and strengthen the relationships we have with prospective customers for the 12C and future sports cars from McLaren.”