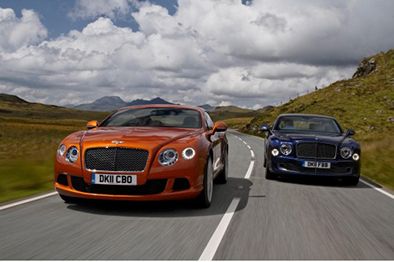 The world premiere of the new Continental GTC convertible at the International Automobile Exhibition (IAA) in Frankfurt comes as Bentley’s sales rebound across the globe. Despite recent economic uncertainty, sales increased year-on-year in major markets, demonstrating the incredible interest in the new Bentley model range. With the new GTC convertible set to go on sale in the last quarter, Bentley expects to deliver an overall sales increase of around 40 per cent for 2011.

For the year to August, Bentley sales increased by 31 per cent with 4016 cars delivered to customers worldwide. For the first time ever, over a thousand Bentleys were sold in the Chinese region – a remarkable increase of 67 per cent year-to-date – with this milestone achieved before the end of August. However, it is not just China that is showing renewed vigour. Bentley’s biggest single market remains the US and with sales of 1195 cars to the end of August across the entire Americas region, the brand is up by 36 per cent on 2010. Europe too is showing increased confidence, up 35 per cent overall and led by a resurgent Germany where Bentley sales are up by two-thirds.

Leading this growth is strong demand for the Continental GT coupe. Just under half of all Bentley sales are GTs as it reached all markets for the first time in August. Mulsanne too has a strong order bank and, with the arrival soon of the new Continental GTC convertible, there is a solid foundation for future growth expectations.

“It is an incredibly exciting time for Bentley. We have a strong new model line-up driving an increasing global interest in the Brand. The new Continental GTC, which we officially reveal tomorrow, has already been previewed to some customers and their response has been extremely positive. With this, and other new models still in the pipeline, I am confident we can sustain this strong sales performance.”

Taking cues from its GT coupe sibling launched last year, the new Continental GTC builds on the highly successful foundation of the previous cabriolet, which premiered in 2006. The new convertible delivers a more contemporary and muscular style, with increased performance and an ever-greater array of modern technology. Yet the hallmarks of Bentley remain; the power and performance matched to the luxury, quality and bespoke craftsmanship that can only be Bentley.