The 67th International Motor Show at Frankfurt was the staging grounds for Audi to identify their intentions for the future as they took the opportunity of the event to demonstrate two concept cars, Audi Elaine and Audi Aicon. 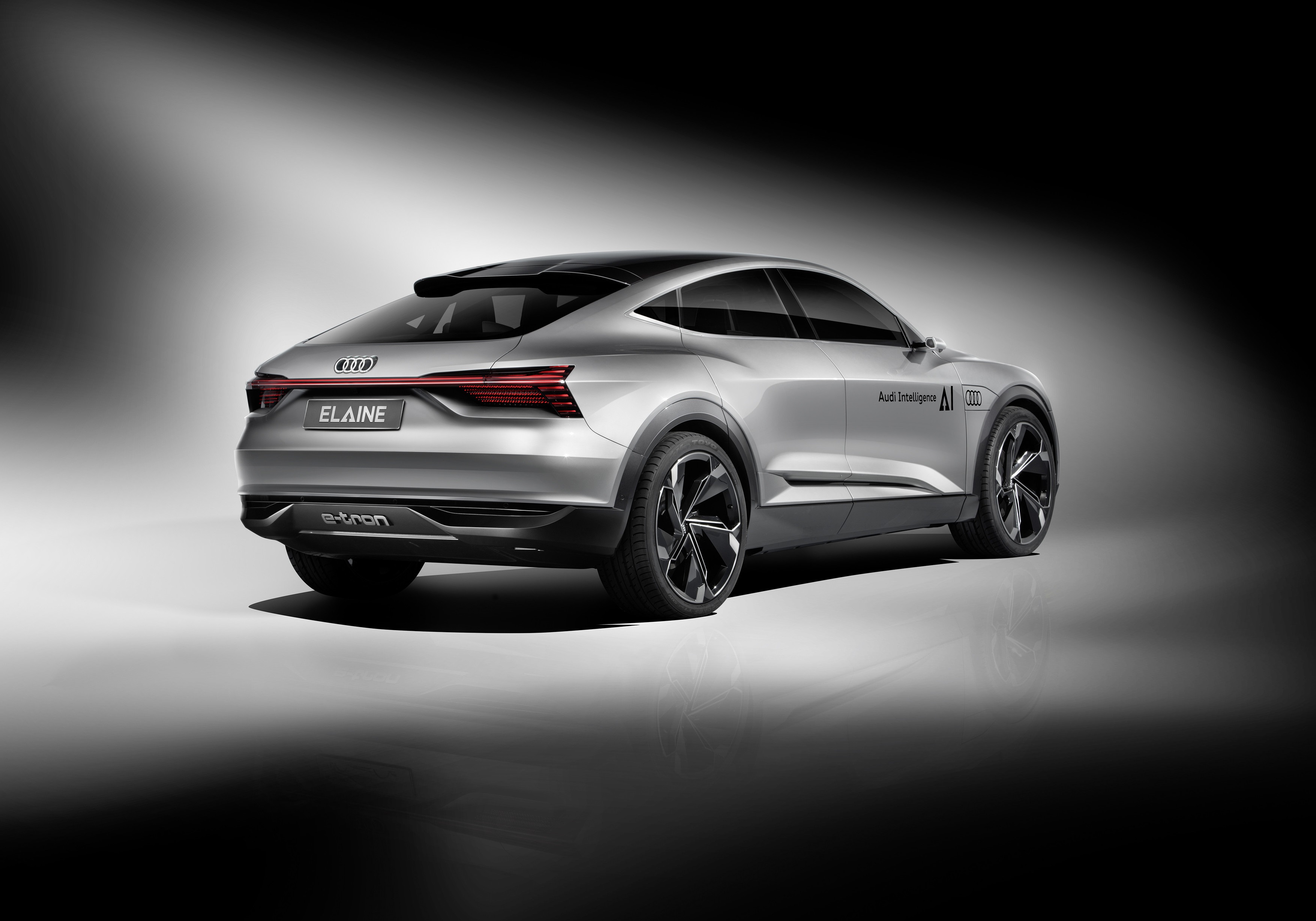 The Audi Elaine is an electric powered SUV that Audi hope in a few years will make highly automated driving possible and at times even without a driver on board. The example given is if you pull up at a handover zone at say a multi-storey car park, you exit the vehicle and the Audi Elaine will make its own way to a parking space, a car wash, charging station etc.

The Audi Aicon represents the biggest step forward for Audi toward its vision of autonomous driving in the future with no steering wheel or pedals. This bold new concept design shows the exterior and interior design of the future. Based on this concept, the Audi Aicon is purely electric and will be able to cover distances of between 700 and 800 kilometres on a single charge.
As well as the two concepts which Audi have unveiled this year there are also three models which are ready to hit the road straight away. 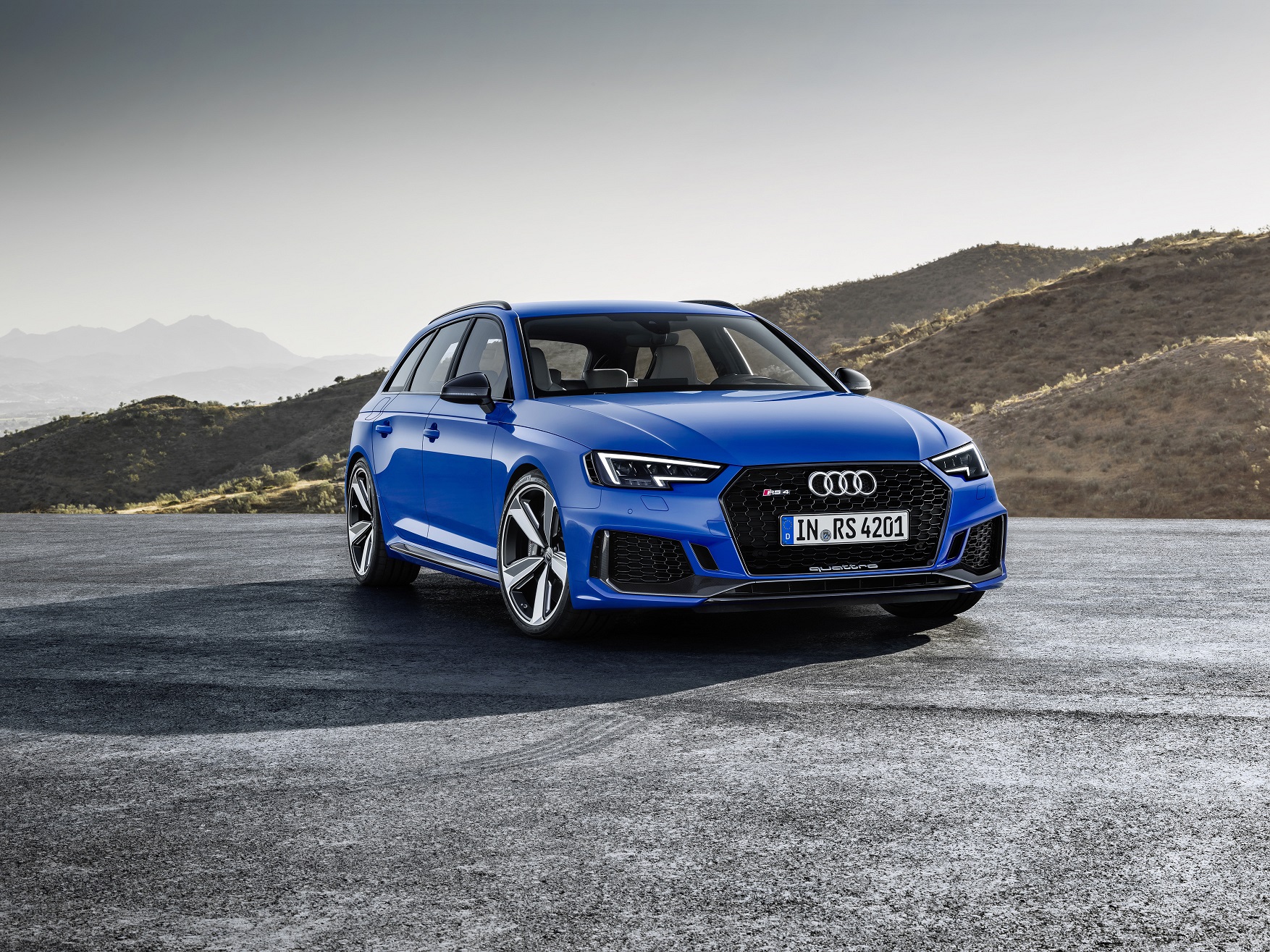 The new 4th generation Audi RS 4 Avant makes a welcome return to the Audi line-up. Powered by a 2.9 TFSI V6 bi-turbo engine with 450 hp and 600 Nm of torque the new RS 4 Avant can sprint from 0-100km/hr in just 4.1 seconds along with a top speed of 250 km/hr with the option to extend this out to 280 km/hr. Quattro drive is standard distributing all of the power evenly to all four wheels. 19-inch alloy wheels are also standard. The sophisticated black interior and digital racing-style cockpit highlight the sporty character of the RS 4 Avant. Audi virtual cockpit and head-up display with RS specific displays indicate to the driver g-force, tire pressures and torque. 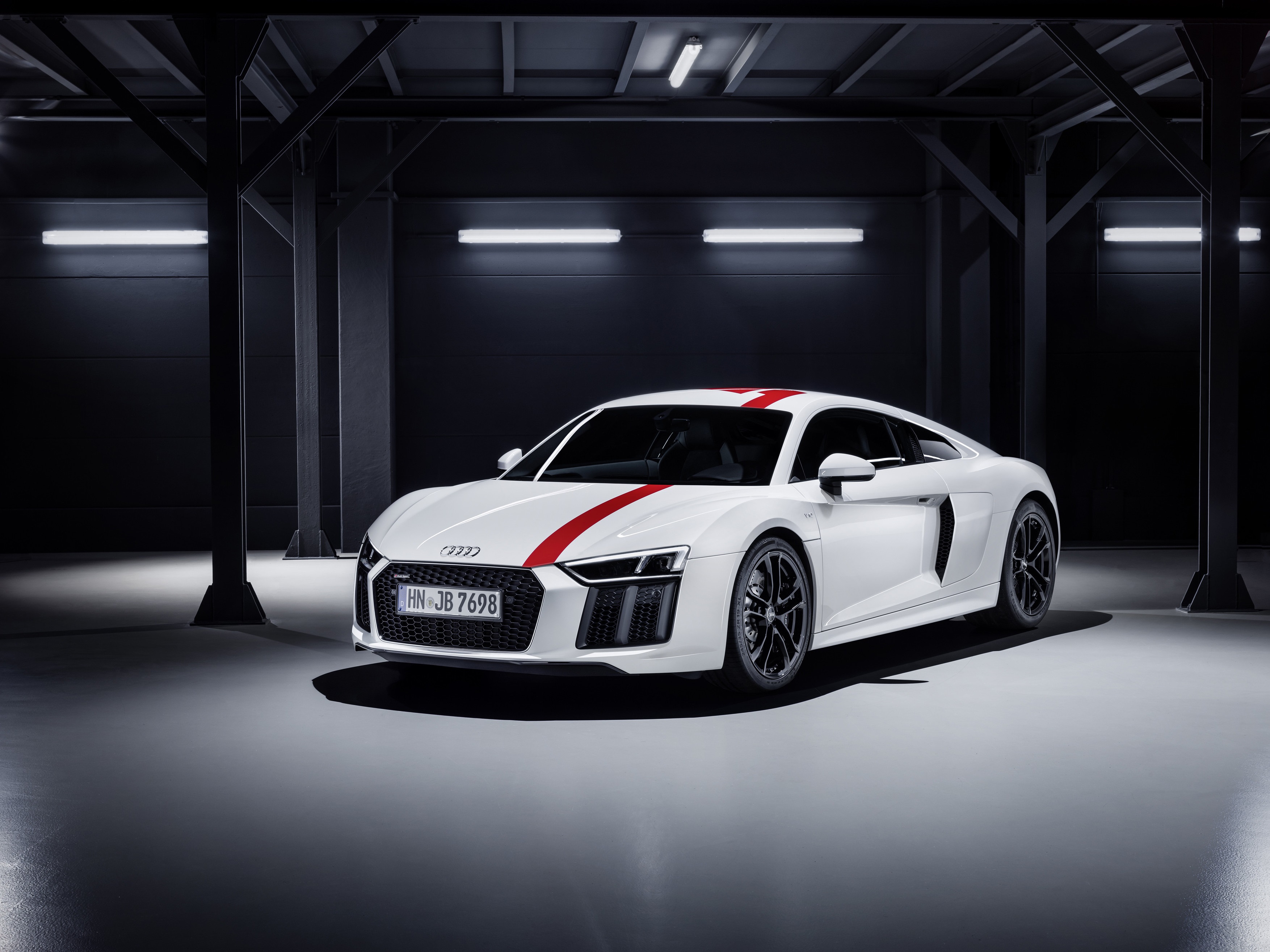 Audi have also unveiled a limited-edition Audi R8 V10 RWS. Audi Sport will manufacture just 99 units of this model which will be rear wheel drive and will be available in Coupé and Spyder variants. Due to the limited nature and the fact that such models will be pursued by true purists, the new Audi R8 V10 RWS will be built exclusively by hand at the Bollinger Hofe R8 factory in Germany. With its mid-mounted V10 engine and rear wheel drive, the R8 V10 RWS brings the driving experience of the Audi R8 LMS to the streets. Coming in at 50kg lighter than the R8 Coupé V10 and powered by a 5.2 litre FSI engine it accelerates from 0-100 km/hr in 3.7 seconds and will continue all the way to 320 km/hr. The Spyder version will weigh in lighter again at 1,680 kg. 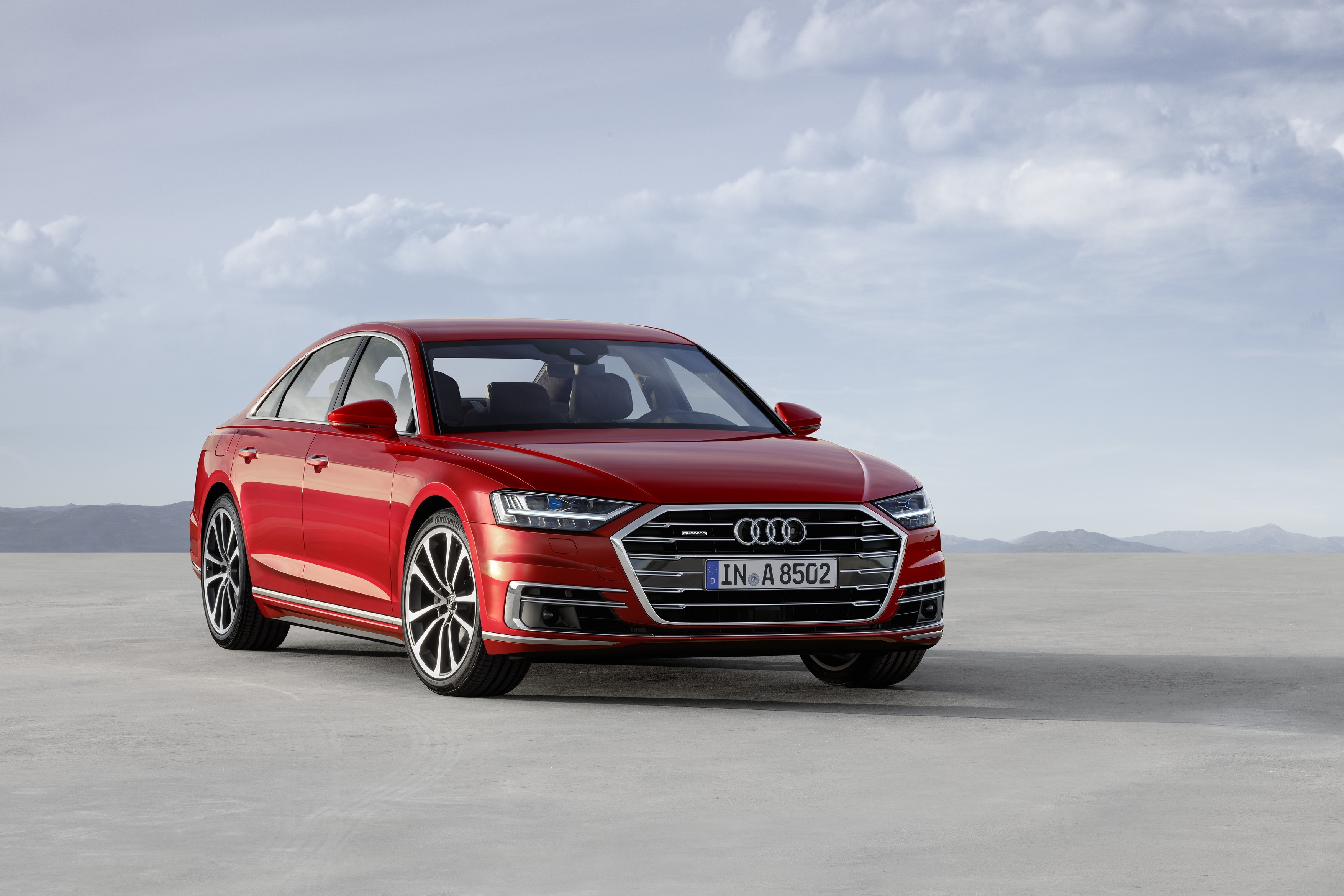 Finally, and following on from its successful unveiling here in Ireland ahead of the Frankfurt Motor Show Audi have shown the new A8 to the rest of the world. The new A8 represents the flagship for the Audi brand as it allows them the opportunity to show just how far the brand has come and become the first brand worldwide to have level three autonomous driving available, ahead of legislation in most countries. Whilst the system operates up to 60 km/hr at present, testing is already underway to increase this to 130 km/hr. Inside, the innovation continues. A sleek 10.1-inch touchscreen display appears as soon as the car opens welcoming the driver to their Audi A8 driving experience. An optional extra which will also be available on the new A8 is the Audi Ai active suspension. Through the use of electronic actuators, this system will cleverly raise or lower each wheel separately depending on road conditions. In the event of a side impact the system will also raise the side which is being struck by 8 cm in order to provide the strongest area of the body for the impact thus reducing the internal impact within the cabin. 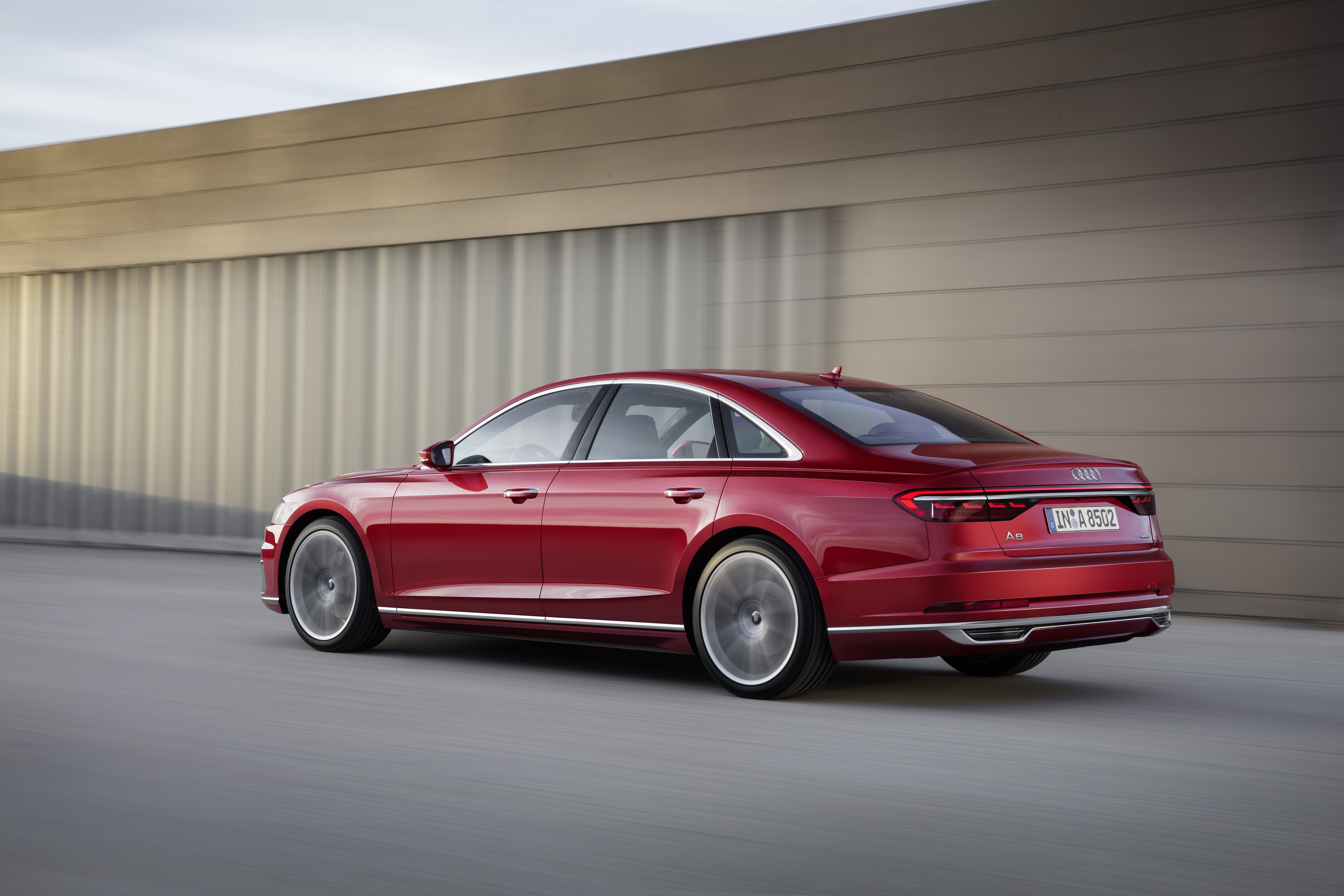 It is clear as with any year that Audi are striving to keep ahead of the competition with their innovative systems which are being rolled out.