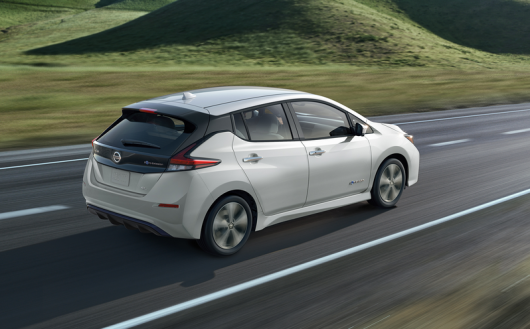 Almost 1 in in 10 Irish motorists intend on ditching their petrol or diesel powered car in favour of an electric model when they next change their car, a recent AA Ireland survey has found. In response to an AA Car Insurance survey of over 5,000 Irish motorists, 9.63% of respondents stated that they would likely only consider an electric vehicle when they move on from their current car. Meanwhile, a further 23.56% indicated that while they were leaning towards purchasing an electric vehicle in the near future, they would also consider petrol or diesel alternatives when they next change vehicle.

“Over the last 12 months we have seen an increase in interest in electric vehicles, but it still remains relatively early days in the move away from petrol and diesel cars. At one stage we spoke about electric vehicles as the future of motoring, but that future is already a part of modern-day motoring,” Conor Faughnan, AA Director of Consumer Affairs stated. “Right now, we’re still speaking about relatively small numbers of electric vehicles on Irish road, but it’s likely that the uptake will be somewhat of a hockey-stick style curve.”

“Once people begin to become more comfortable with the idea of electric only cars and accept that current EVs are more than capable of meeting the driving needs of most people, then demand for these cars will surge quite quickly.”

According to the survey, those over the age of 65 are the most likely to go electric in the near future, with 11.17% of respondents in this age bracket saying they would only consider electric vehicles in the future. Electric vehicles also appear more popular with those driving in more urban areas, with Dublin having the highest percentage of those only willing to consider electric cars for future purchase with 11.20%.

“Right now, there’s a bit of a misconception that unless you’re a low-mileage or urban driver than an electric vehicle possibly isn’t right for you. This was true in the early days of electric cars, but as the effective single mileage range continues to increase, electric cars capable of meeting the needs of the majority of drivers are becoming more readily available,” Faughnan added. “Given the mounting pressure of meeting our international climate change obligations, tackling this perception through increasing the availability and visibility of electric vehicle charging points across the country, particularly outside of Dublin, needs to be treated as an urgent government priority.”