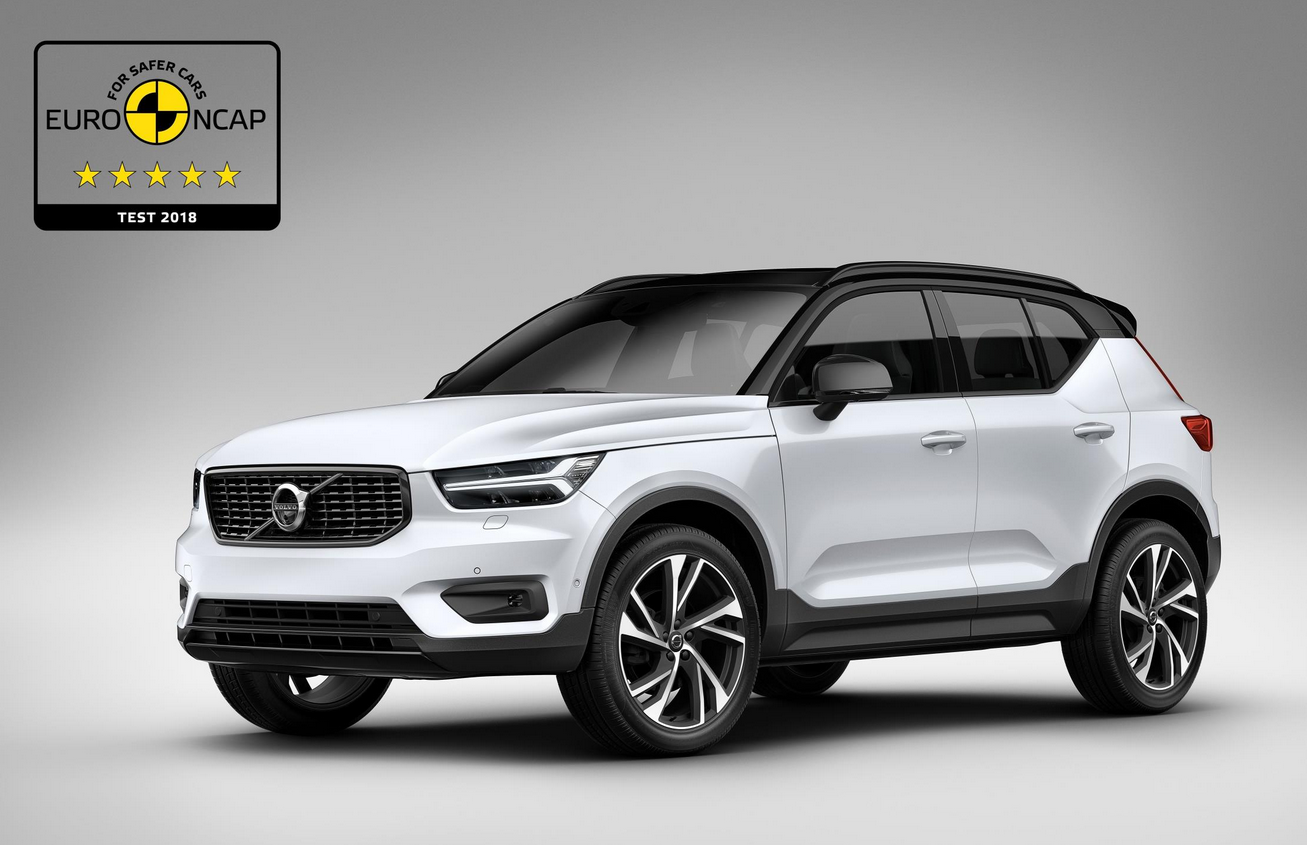 Volvo Cars’ XC40 adds another accolade as it receives five stars and top ratings in its 2018 Euro NCAP tests. This means the XC40 joins its larger siblings in the 60 and 90 series as one of the safest cars on the roads. The 2018 Euro NCAP testing was the toughest ever with new and more demanding challenges on safety technology, including cyclist-detection with auto-brake and emergency lane-keeping systems. Overall, the new XC40 received the highest safety score among all cars tested under the new regime.

“The new XC40 is one of the safest cars on the market,” said Malin Ekholm, Head of the Volvo Cars Safety Centre. “It comes as standard with the largest offering of safety technology of any small SUVs, helping drivers detect and avoid collisions, remain safely in their lane and reduce the impact of accidentally running off the road.”

All tested Volvo cars on sale today have received five stars in their respective Euro NCAP assessments. Last year, the XC60 was crowned the overall best-performing large off-roader and the best overall performer in the prestigious Euro NCAP 2017 Best in Class safety awards. The XC90 received the same accolade in 2015.

In March this year, the XC40 was named 2018 European Car of the Year, the first Volvo to win the prestigious award, and it has since been one of Volvo’s top sellers. The company also announced in May that it would expand production in its manufacturing facilities in both Europe and China to meet the overwhelming demand for the car.