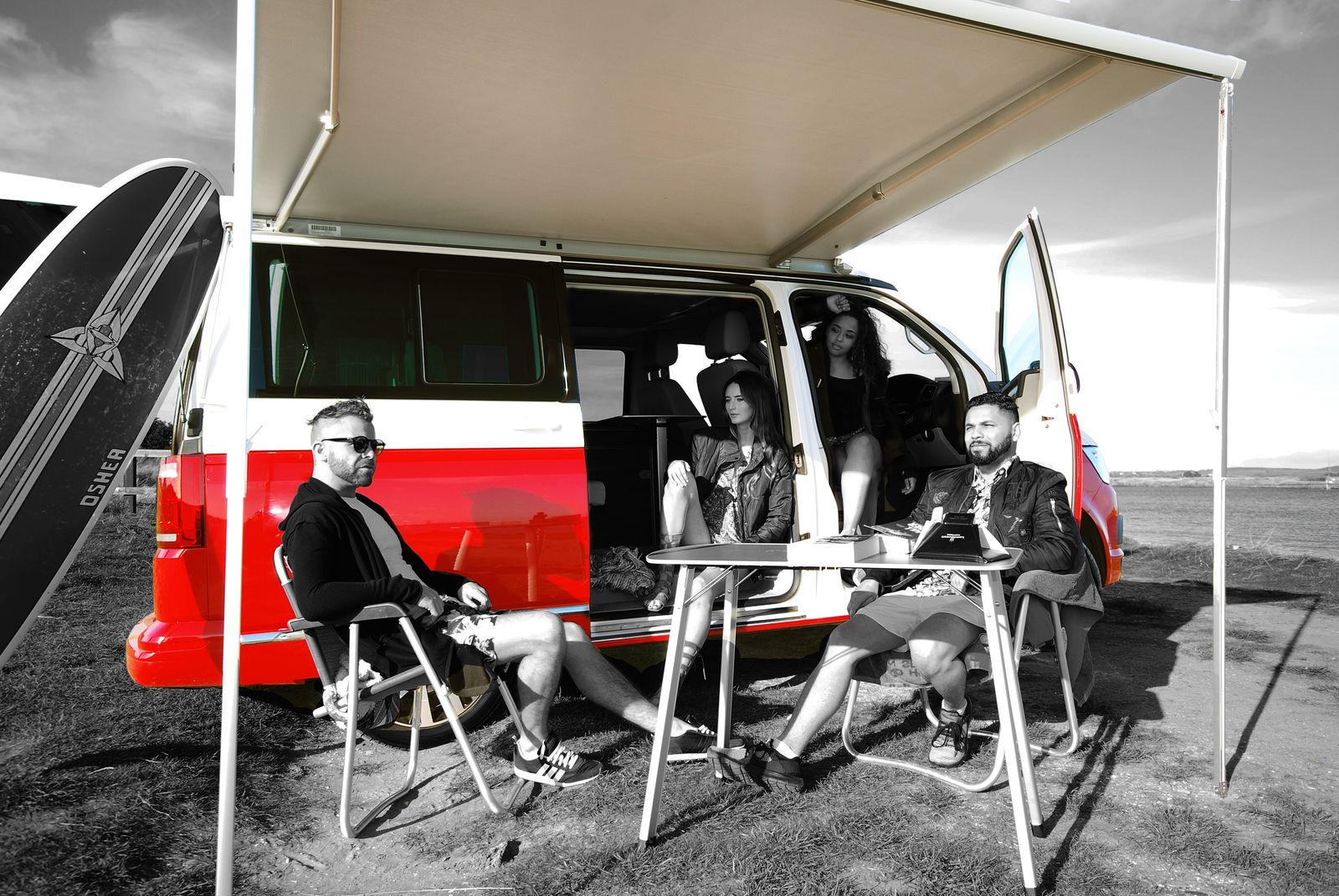 We all are prone to having ‘that conversation’ from time to time. The one that begins with, “if I won the lotto”! Like most car enthusiasts, the list of what I’d buy is ever changing. There would be a couple of old classics like a RA28 Celica, a Jenson Interceptor, a S1 Quattro maybe a Ford Boss 302 Mustang. The everyday cars, such as an Audi RS6 Avant and a Maserati Quattroporte. Of course, there would have to be the supercars – a Nissan GTR, a Pagani Zonda, a Porsche 918 and probably a LaFerrari – though it’d probably have to be the Euromillions in order for all of that to happen. There are others I could list, but in order to keep this article at a reasonable length, I’ll finish with one final car – a California. I’m not talking about Ferrari’s original 1959 250 GT version or their more recent GT convertible version either. The one going on my list is the one that Volkswagen make.

Prior to first testing the VW California, it would never have occurred to me just how brilliant the camper could be. Based on the very successful Transporter van, the California is the camper variant. The most recent model which I had on test was the ‘California Ocean’. It comfortably seats and sleeps 4 fully grown adults, whilst managing to maintain the practical daily driving applications of the regular VW van. 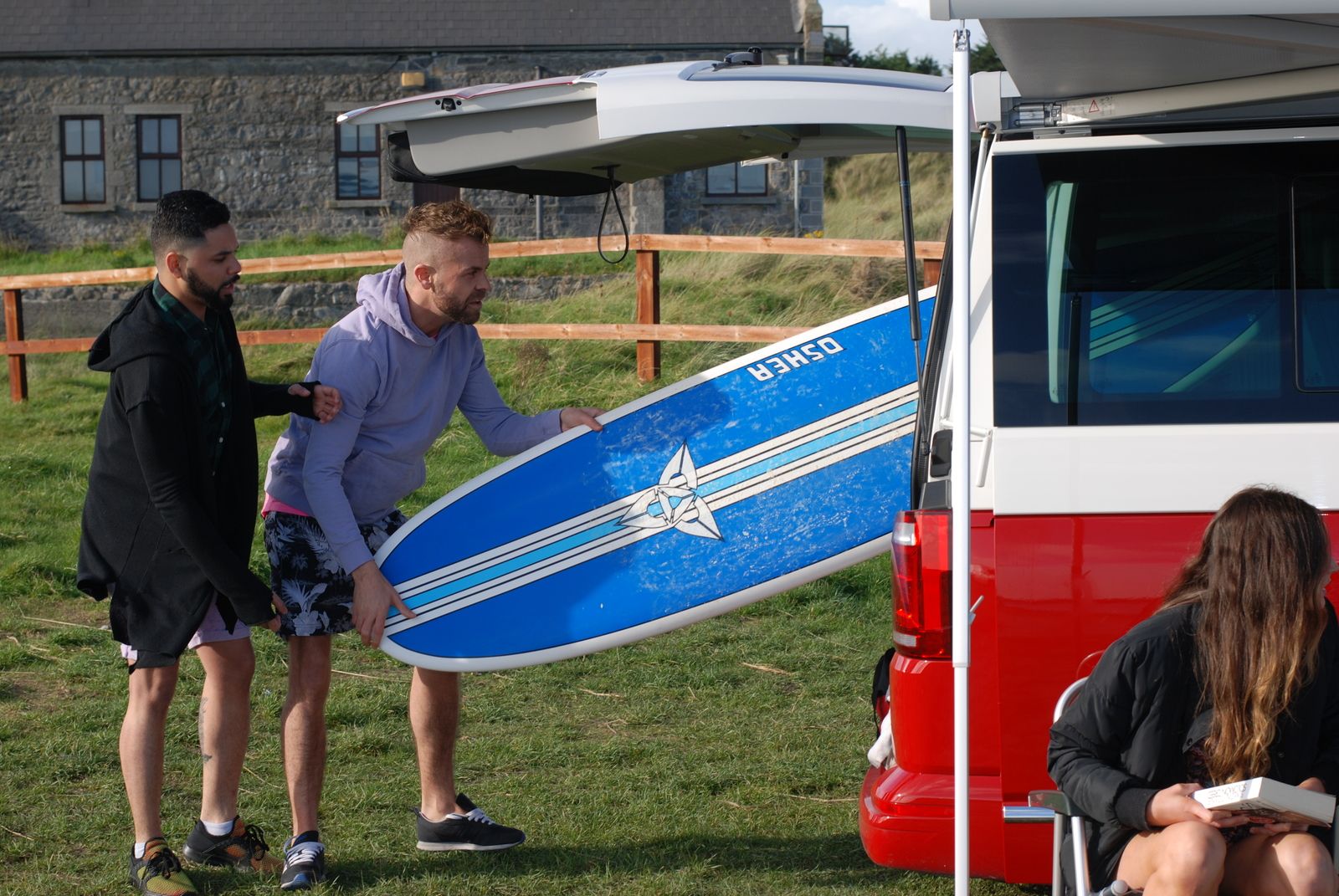 The California’s driving dynamics aren’t quite the same as its Italian namesake, it won’t be a drive you’ll forever savour; but it does ride smoothly and quietly. It’s quite refined and it will comfortably handle the twists and turns of the road ahead.  If this was a car I was reviewing that would sound just okay. However, consider it in the correct context with it being a fully functional motorhome and then you’ll understand just how well it performs.

The real beauty about the California is, that it is as at home on a school run or doing the weekly shopping trip as it is on a camp site or by the lakeshore. Two tone paint work aside and its exterior appearance is not all too different from a Transporter MPV. It isn’t audacious or imposing. It’s discreet and just gets on about its business without any fuss. This California is powered by Volkswagens proven 2.0L TDI engine. The 204bhp available comfortably copes with the 2,304kgs of the California’s unladen weight. And while the test model only seats four, the rear passengers will be spoilt with space and leg room. Up front, the layout is very similar to the Transporter. The driving position is as you’d expect, and everything the driver needs is within easy reach.

Once you reach your destination though and begin to unpack the wonders of the California, you’ll begin to appreciate the utter brilliance of the German boffins behind it. Every possible square inch of the camper it utilised to store all the basic kit to meet your needs. With the push of a button the sliding door side door releases a pop-up outdoor table. Lift the boot lid and unzip the built in pocket to reveal a matching pair of deck chairs. A second dining table slides along and extends from the kitchen unit.  A two ringed gas cooker, fridge and sink all come as standard. Storage space is ample. The boot is split levelled, which makes storing bags and supplies even easier. 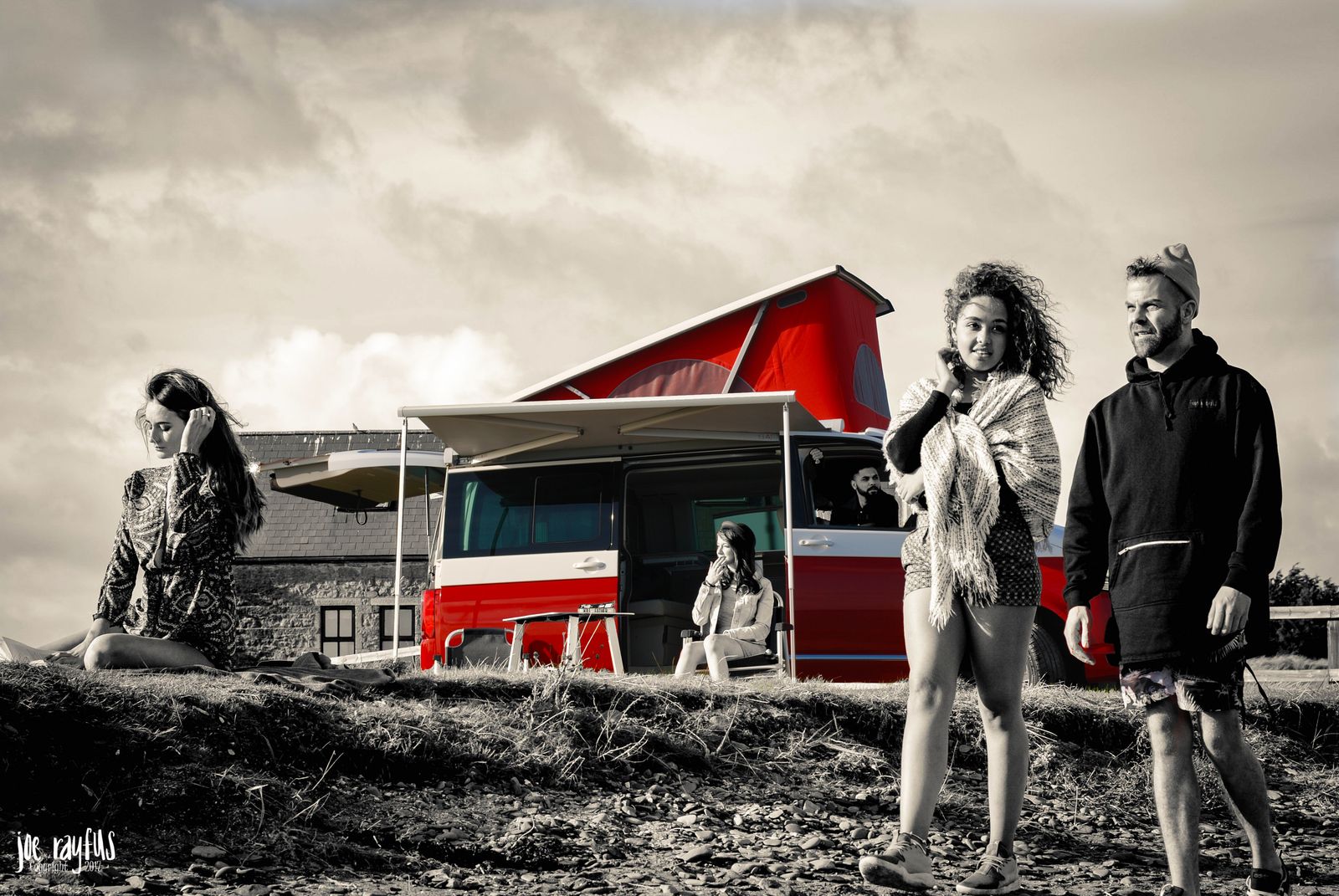 Come night time, the back seat easily slides forward and folds to meet the small soft foam mattress in the boot. Though being a typical man, who refuses to read the instructions first, I initially couldn’t figure out how but once I had put my pride aside, it was actually rather simple. The resulting double bed is surprisingly large and comfortable. The front, rear and side windows have built in blinds.

However the pop-up penthouse is where it’s really at. Above the front seats, you’ll find the hatch where you access the ‘upstairs bedroom’.  It takes only about a minute to electronically raise the roof via the integrated control unit. However you need to be mindful of the handbrake as you move between the front seats. Once I’d clambered up, I was surprised to find a handy little reading light and a proper sprung bed – be it a little smaller than the downstairs one. The canvas sides combined with the aluminium hardtop do a remarkably good job at keeping both unwanted sounds and sunlight to a minimum. Cleverly VW include a remote control for the heating system, which saves you having to spend the night climbing up and down to adjust the temperature. And while it wasn’t exactly the depths of winter when I spent a night in the California, at no point was I cold. The following morning, the zip-up windows allow you check the outside weather without having to leave the comfort of bed. 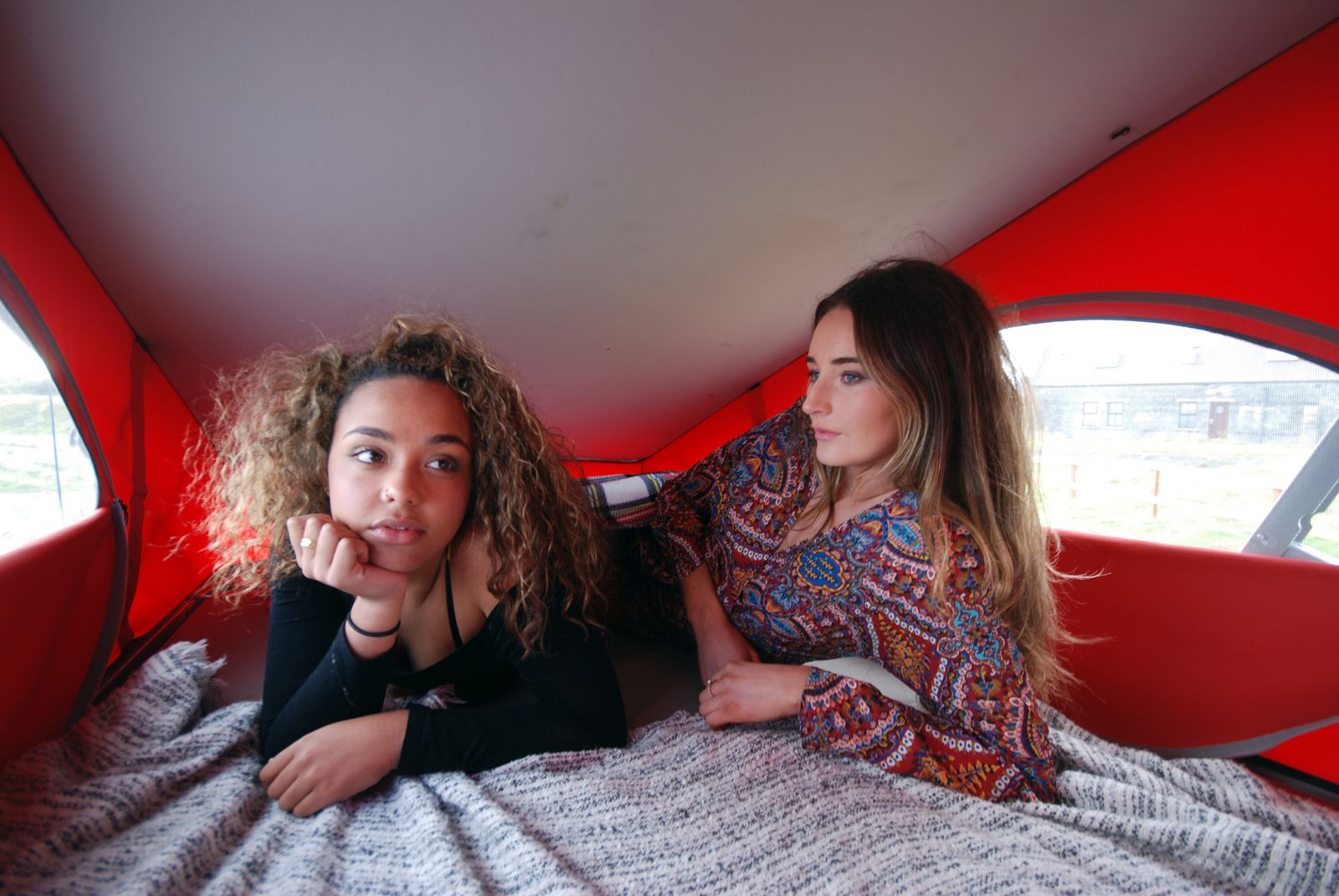 If the upstairs guests are early risers or should nature call during the night, the positioning of the access to the pop-up bedroom means you can easily slip out without disturbing those sleeping below. The next morning I cheated. I lowered the roof and drove down to the local shop for a breakfast roll, before utilising the California’s fold-out dining table and tucking into my morning grub.

The California won’t be everyone’s idea of a restful holiday, all inclusive on Mexico’s Mayan Riviera it most definitely isn’t! However if you like to travel on a regular basis, or are involved in any form of outdoor pursuits then the VW California could be the answer to all your prayers.  At its starting price a California will set you back €55,105. It’s not cheap but consider factoring in what you could offset against the cost of accommodation. It’s also worth noting that California’s don’t depreciate at nearly the same rate as regular vans or cars, simply because the people who buy them, tend to hang on to them.

The California I tested costs €83,851 however that includes almost €13,000 worth of optional extras. And believe it or not one of those extras was double glazing!