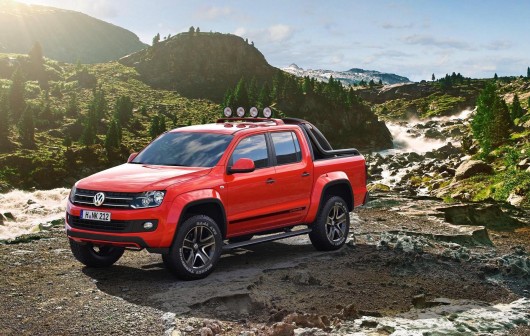 Volkswagen has revealed an extreme version of its Amarok pick-up at the Geneva Motor Show. They’ve called it the Amarok Canyon concept vehicle, which they say has been specially configured for the extreme sport of ‘freestyle kayaking. This Amarok is taller and wider than the production version and is raised by 40mm to accommodate its off-road tyres which are mounted on 18” alloys. There’s a set of spotlights on the Amarok’s roof to aid night-time visibility.

The interior of the Amarok Canyon has been treated to stylish two-tone leather seats. Power is derived from a 2.0-litre TDI bi-turbo that delivers 180hp and produces 400Nm of torque. There’ll be no problem driving on the beach to the surf with the switchable 4MOTION all-wheel drive system complete with a differential lock on the rear axle. 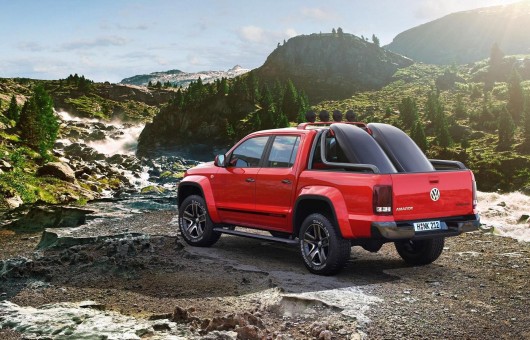