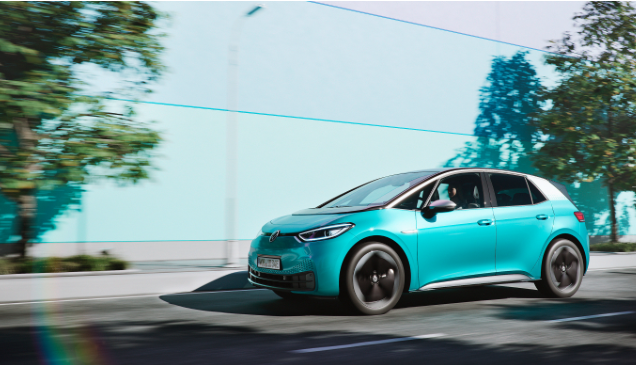 At a recent media breifing, Steve Howat, General Manager of Technical Services at premium tyre manufacturer, Continental Tyres, highlighted how the transition to electric motoring is affecting the development and design of tyres. Howat began by pointing out that electric vehicle (EV) owners need to be careful in what replacement tyre they choose as tyres with high levels of rolling resistance can have a marked impact on the overall range of an electric vehicle, for some models, that could be a reduction of more than 50km in the normal range that would be expected from the car.

The Irish government has an ambitious plan to have one million electric cars on Irish roads by 2030. Just over 8,300 electric vehicles have been sold in Ireland so far in 2021 (according to SIMI figures), meaning that sales of such vehicles will have to see a significant increase over the next number of years if we are to get anywhere near the target of one million by 2030.

Howat explained some key differences between EVs, and traditional internal combustion engine (ICE) powered vehicles, differences that are having a direct impact on the development and design of tyres aimed specifically for EVs:
Fuel efficiency: the most efficient ICE vehicles today have a fuel efficiency of between 35 to 45 percent, which means that the vehicle can convert only that percentage of the fuel energy into movement with the remainder lost to heat and friction within the car. So, for each €100 spent on fuel for an ICE, perhaps only €55 is used in propelling the vehicle forward. For EVs, of the energy used to charge the battery, around 85 percent is directly converted to powering the movement of the vehicle. Tyres with lower levels of rolling resistance will help to maximise that figure for EVs.

Maintenance costs: EV engines are a whole lot less complicated than an average ICE, this means that maintenance costs are much cheaper, less than 50 percent of the cost for a conventional ICE. Such familiar items that we see listed on the service schedule for ICEs do not apply to EVs such as: oil change, spark plugs, fuel filter, exhaust, silencer, clutch and catalytic converter. Brake pads can also last at least twice as long on an EV as compared to an ICE. Tyres are one of the few key parts that service providers will still need to provide for EVs.

In relation to tyre requirements for EVs, Howat demonstrated that these are driven by four main factors:
Reduced engine noise: EVs are a lot quieter than ICE vehicles. This can lead to an increased perception of tyre noise inside the vehicle which puts the onus on manufacturers to develop ‘quieter’ tyres for EVs.
Higher vehicle weight: Thanks to the weight of the battery, EVs are generally significantly heavier than ICE vehicles – extra weight puts an additional strain on the tyres.
Instant torque: Even more strain is put on an EV’s tyres by the immediate acceleration and braking that is synonymous with electrically powered vehicles.
It’s all about the range: EVs still have a relatively low range meaning that ‘range anxiety’ is still very much an everyday consideration for EV owners. Tyres with the lowest rolling resistance certification will always be the best choice for an EV.

Premium tyre manufacturers like Continental are addressing each of these factors in the design and development of EV-specific tyres.  According to Howat: “Our own engineers at Continental have looked at the development of special materials and adapted tread patterns as part of their efforts to deliver stronger tyres with low rolling resistance and innovations can help to reduce tyre noise in EVs. For example, the ContiSilent range of tyres, uses a special layer of polyureathane foam on the inside cavity of the tyre to absorb vibration and noise from the tyre“.

“The increased vehicle weight of EVs has created the requirement for a new HL (high load) designation for tyres. When inflated to the same pressure, the new ‘HL’ marked tyres have a higher load capacity than those built to the familiar XL standard”.

“But it is important to realise that not every EV is the same so there cannot be a single ‘EV‘ tyre that suits every EV. The performance requirement of the Renault Zoe is completely different to that of a Tesla. That is why we work closely with each vehicle manufacturer at the design stage of new EVs to develop a tyre that best fits the individual requirements of that car“.

Howat concluded: “In truth, in-depth design work and new technological developments can only go so far as we all know that the biggest impact on a vehicle’s performance and indeed, the performance of a car’s tyres and the resulting wear and tear on them, comes from the individual driving style of the human being sitting behind the steering wheel!“.