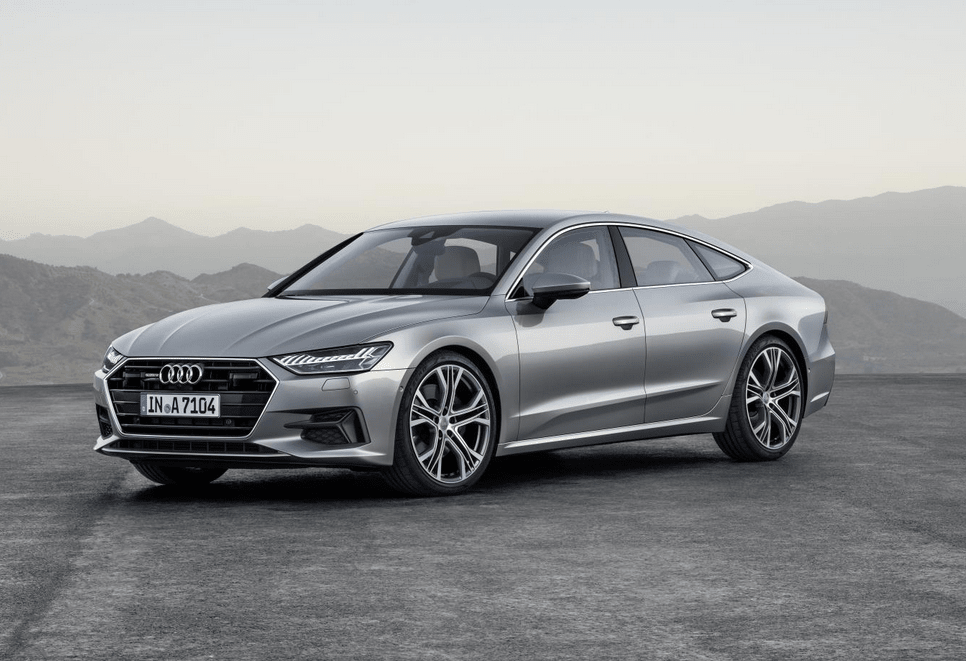 Audi have unveiled the world premiere of the all new Audi A7 Sportback representing the latest era of Audi design. The sophisticated four-door Coupé sets new standards in luxury automotive. The Audi A7 truly embodies the essence of Gran Turismo, with dynamic lines, systematic digitalisation, a sporty driving experience and striking interior design. The exterior design of the Audi A7 Sportback is truly an expression of Audi’s new design language which made its production debut earlier this year with the launch of the all new Audi A8. With its sharp edges and taut, athletic lines, the Audi A7 showcases design dynamics and progressiveness from every perspective. The singleframe grille is wider and lower than that of the Audi A8 featuring narrow headlights and boldly contoured air inlets. Furthermore, the flat front end conveys at a glance the sportiness of the Gran Turismo. The Audi A7 Sportback combines the best of all worlds providing a dynamic all-around vehicle for business and recreation. It offers the design of a Coupé, the spaciousness of a saloon and the flexibility of an Avant.

The interior fuses design and technology in a unique way. Its impressive futuristic features are shaped by a reduced, clean design focus. The horizontal lines and sleek instrument panel provide a feeling of airy spaciousness. The centre console is oriented toward the driver, emphasising the Gran Turismo’s sporty character. The interior of the car is characterised by four key values: progressiveness, sportiness, intuitiveness and sophistication. The 10.1-inch upper display is again tilted toward the driver and almost disappears into the dashboard when switched off. The display’s user interface appears as soon as the car is opened. All engines used in the Audi A7 Sportback come as standard with a new mild hybrid system (MHEV) for greater comfort and efficiency. With the two V6 engines, this uses a 48-volt primary electrical system. A belt alternator starter (BAS) works together with a lithium-ion battery and achieves a recuperation performance of up to 12 kW when braking. At speeds between 55 and 160 km/h, the four-door Coupé can coast in freewheeling mode with the engine deactivated and then restarted comfortably via the BAS.

The start-stop function has been significantly expanded and now activates at 22 km/h. In combination with the standard front camera, the engine can be restarted while at a standstill as soon as the vehicle ahead begins to move. The MHEV technology reduces fuel consumption by up to 0.7 litres per 100 kilometres. The all new Audi A7 further embraces the digital innovations associated with the flagship Audi A8. The interior architecture seamlessly integrates Audi’s new MMI touch response operating concept replacing the conventional buttons and controls of the previous model with two large, high-resolution touch displays. The cars infotainment system is controlled from the upper display. Mounted on the asymmetric console of the centre tunnel, the 8.6-inch lower display provides access to the climate control system, comfort functions and text input. MMI navigation plus also includes the Audi virtual cockpit with a 12.3-inch display.
The MMI touch response operating concept features acoustic feedback and is as intuitive to use as a smartphone. With its logical and flat menu structure, the system allows fast access to the various vehicle functions, and it can also be personalised thanks to configurable and movable favourite’s buttons. The optional voice control in the all new Audi A7 Sportback makes operation even more convenient. Like the all new Audi A8 the Audi A7 too, has been developed for highly automated driving. From 2018, Audi will gradually be taking piloted driving functions, such as parking pilot, garage pilot and traffic jam pilot into production. With the AI button on the all new Audi A7, the driver can activate the Audi AI remote parking pilot and the Audi AI remote garage pilot, which will be made available for use in 2018. These functions autonomously manoeuvre the Audi A7 Sportback in to and out of a parking space or garage. The driver can get out of the car before launching the function via the myAudi app on their smartphone.

Besides the Audi AI systems, the all new A7 Sportback features a total of 39 driver assistance systems to make things easier for the driver. They are split up into three packages: the Audi AI parking package (gradual introduction beginning 2018), the City assist package with the new crossing assist, and the Tour assist package. The latter includes such things as the efficiency assistant, which facilitates a driving style conducive to reducing consumption, and the adaptive driving assistant (ADA), which supplements the adaptive cruise control (ACC) with helpful steering interventions to maintain the lane. All driver assistance systems feature improved control mechanisms. Audi will initiate series production of its level three autonomous driving traffic jam pilot in the all new Audi A7 incrementally, depending on the legal situation in the respective country. The all new Audi A7 Sportback rolls off the assembly line at the Neckarsulm site. There will be a choice of four and six cylinder engines in both petrol and diesel. The 3.0TDI 231HP is expected to be the most popular variant. The all-new A7 will launch on the Irish market in late February 2018. The World premiere of the all new Audi A7 was streamed live this Thursday, October 19th at 18:00 GMT on Audi Media TV at www.audimedia.tv 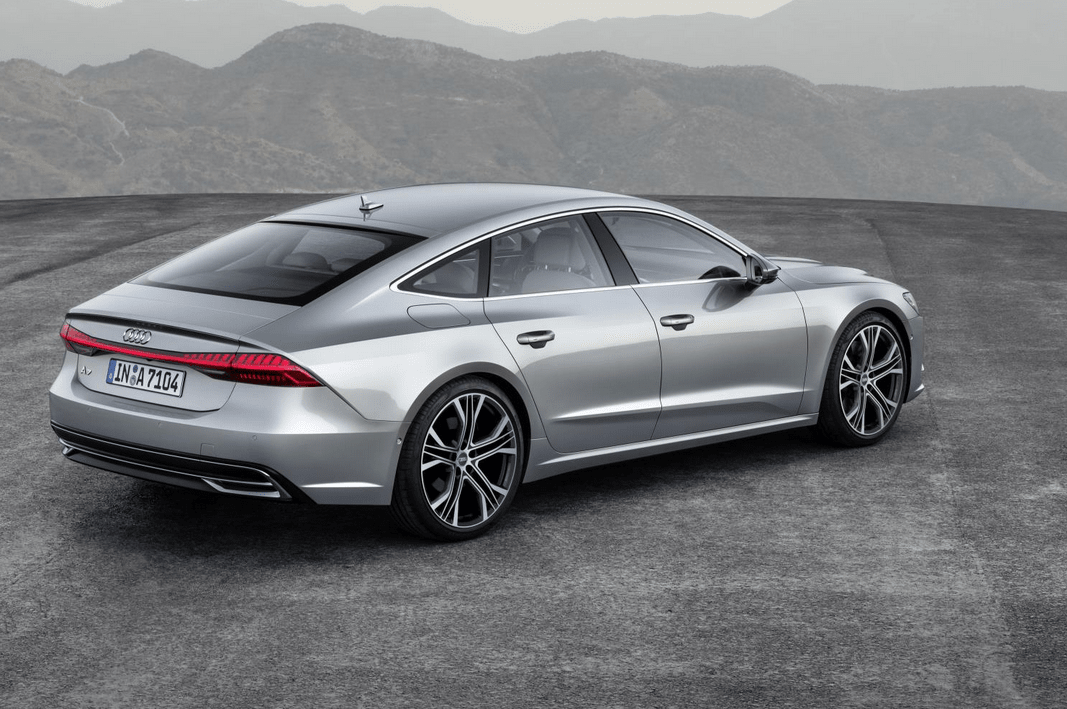