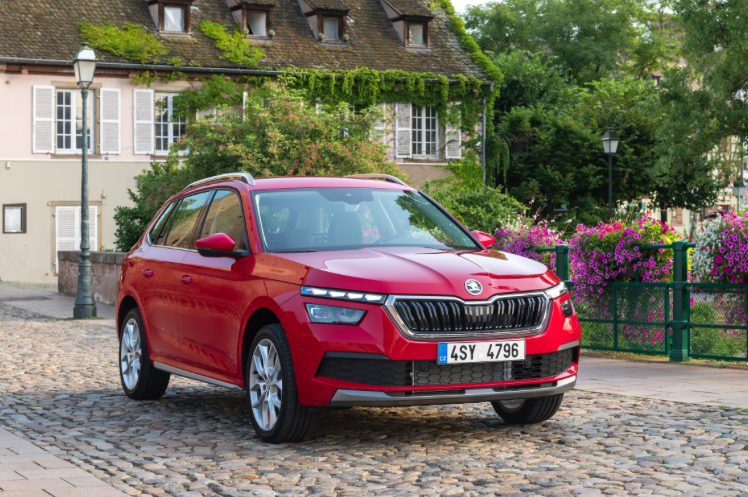 ŠKODA has added a third model to its successful SUV portfolio for the European market – the ŠKODA KAMIQ – entering the rapidly growing city or small SUV segment for the first time. The KAMIQ blends the typical advantages of this segment such as increased ground clearance and a raised seat position with the agility of a compact car and ŠKODA’s characteristic emotive design. With state-of-the-art assistance and infotainment systems, a generous amount of space and numerous Simply Clever features, the new KAMIQ equally fulfils the needs of both family- and lifestyle-oriented customers in true ŠKODA style.

ŠKODA AUTO CEO, Bernhard Maier, said, “By launching the ŠKODA KAMIQ, we are consistently pressing ahead with our SUV campaign and are perfectly rounding off our offering on the European market at the lower end. I am convinced that the KAMIQ will make a strong debut in the dynamic, growing city SUV segment – with its emotive design, state-of-the-art assistance systems and generous amount of space, it has everything it needs to win over a great number of new customers.”

ŠKODA Ireland Head of Marketing & Product, Ray Leddy, commented, “The ŠKODA KAMIQ will be available to order and test drive in Irish showrooms from the 1st November. The KAMIQ is another excellent product from ŠKODA with demand expected to outstrip supply in many markets including Ireland. We would advise customers to order early to avoid disappointment. Prices are yet to be confirmed but are expected to be competitive”

The new KAMIQ continues the successful SUV design language of the KODIAQ and KAROQ SUVs, whilst the split headlights, which feature daytime running lights above the main headlights, create new, distinctive visual highlights. At 4,241 mm long, the ŠKODA KAMIQ is considerably more compact than both of its bigger SUV siblings. Combined with its raised seat position, this means it is perfectly equipped for the modern-day urban jungle. In typical ŠKODA style, the KAMIQ also sets benchmarks in the city SUV segment in terms of space.

With the KAMIQ the car manufacturer is continuing its successful SUV campaign. The SUV is set to become a future pillar of the ŠKODA model range, harnessing further potential for growth. Demand for SUVs is continuously increasing. Between 2017 to 2018 alone, demand for SUV models increased by 6.8 per cent. At present, more than one in three vehicles delivered worldwide is an SUV. The booming city SUV segment even saw an increase of 13 per cent, with its main target group being sporty, lifestyle-oriented people, who place importance on comfort as well as modern individual mobility. When choosing a car, they not only consider the practical aspects important but also how fun the vehicle is. The KAMIQ introduces a dynamic, distinctive and emotionally charged design to a new vehicle segment and couples it with the adventurous flair of an SUV. In addition to a raised seat position, it also offers higher ground clearance, a generous amount of space despite compact dimensions, a high level of functionality and fantastic connectivity. It is exclusively available with front-wheel drive, is efficient, eco-friendly and provides excellent value for money.

An elevated ground clearance, rugged details and large wheels measuring 16 to 18 inches give the ŠKODA KAMIQ a powerful appearance. Boasting compact dimensions, the SUV newcomer is both full of character and dynamic. The ŠKODA SUV family resemblance is visible at first glance, yet some other striking features set the KAMIQ’s design apart: for example, the precisely sculptured bonnet, which lends the KAMIQ a unique look and underlines its own identity. It is the first ŠKODA to have split LED headlights with daytime running lights above and, in the full LED version, dynamic front and rear indicators. A panoramic roof is available as an option. Like all of the manufacturer’s new models, the tailgate confidently bears ‘ŠKODA’ in block lettering instead of the ŠKODA logo.

Three TSI petrol engines with cylinder capacities of 1.0 or 1.5 l and a 1.6-litre TDI produce between 70 and 110 kW (95 to 150 BHP). The engines can be coupled with a 5- or 6-speed manual gearbox or a 7-speed DSG; they all fulfil the Euro 6d-TEMP emissions standard. The KAMIQ features a newly developed chassis offering 39 mm more ground clearance than the SCALA.

Based on Volkswagen Group’s MQB-A0 platform, the KAMIQ offers the highest level of active and passive safety. It is equipped with up to nine airbags including a driver knee airbag and side airbags in the rear, and features state-of-the-art assistance systems as well as plenty of space. It is 4,241 mm long, 1,793 mm wide and has a height of 1,553 mm (including roof rails). Almost 80 per cent of its bodywork consists of high-strength and hot-formed steel. LED headlights and tail lights come as standard, whilst a full LED version offering AFS and dynamic front and rear indicators is standard on Style versions. Standard equipment includes Lane Assist, Front Assist with City Emergency Brake and Predictive Pedestrian Protection, and Multi-Collision Brake.

The KAMIQ is one of the first models in the Volkswagen Group to feature the third generation of MIB infotainment units. There are three systems available. Active and Ambition models feature the 6.5 inch Swing system while Style versions receive the 8.0 inch Bolero unit. Customers can also choose the 9.2 inch Amundsen that is always online thanks to a built-in LTE eSIM. This, for example, allows navigation to be subtly and constantly optimised. The Laura ŠKODA Digital Assistant is on-hand to respond to voice commands and is also backed by online data – in addition to simple commands, she also understands entire, fluently spoken sentences and dialects.

Not only does the eSIM enable the eCall function, it provides access to ŠKODA Connect mobile online services too. These include Care Connect including remote vehicle access and Proactive Service, as well as Infotainment Online. Infotainment apps can be downloaded from the vehicle via the Shop. SmartLink technology for connecting devices via Apple CarPlay, Android Auto or MirrorLink™ (the optional Wireless SmartLink), a Wi-Fi hotspot, up to two USB-C ports in the front and two in the rear and a Phone Box that enables inductive smartphone charging are all also available.

In typical ŠKODA style, a wealth of Simply Clever features makes everyday life that little bit easier in the new KAMIQ too. The optional, automatic door-edge protection is unique in the city SUV segment. From the Ambition trim level upwards, a removable LED torch can be found in the boot. The integrated funnel in the lid of the windscreen washer tank, ice scraper in the fuel filler flap with a tyre tread depth gauge and the umbrella compartment (including umbrella) in the driver’s door are all Simply Clever. 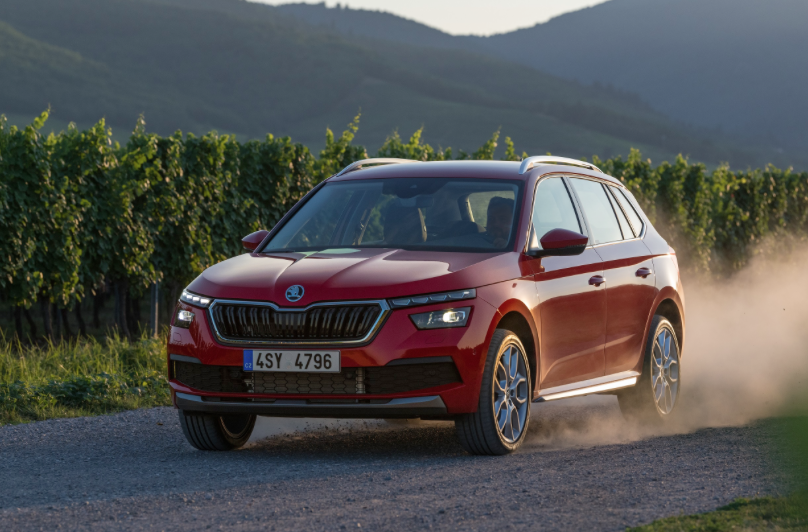