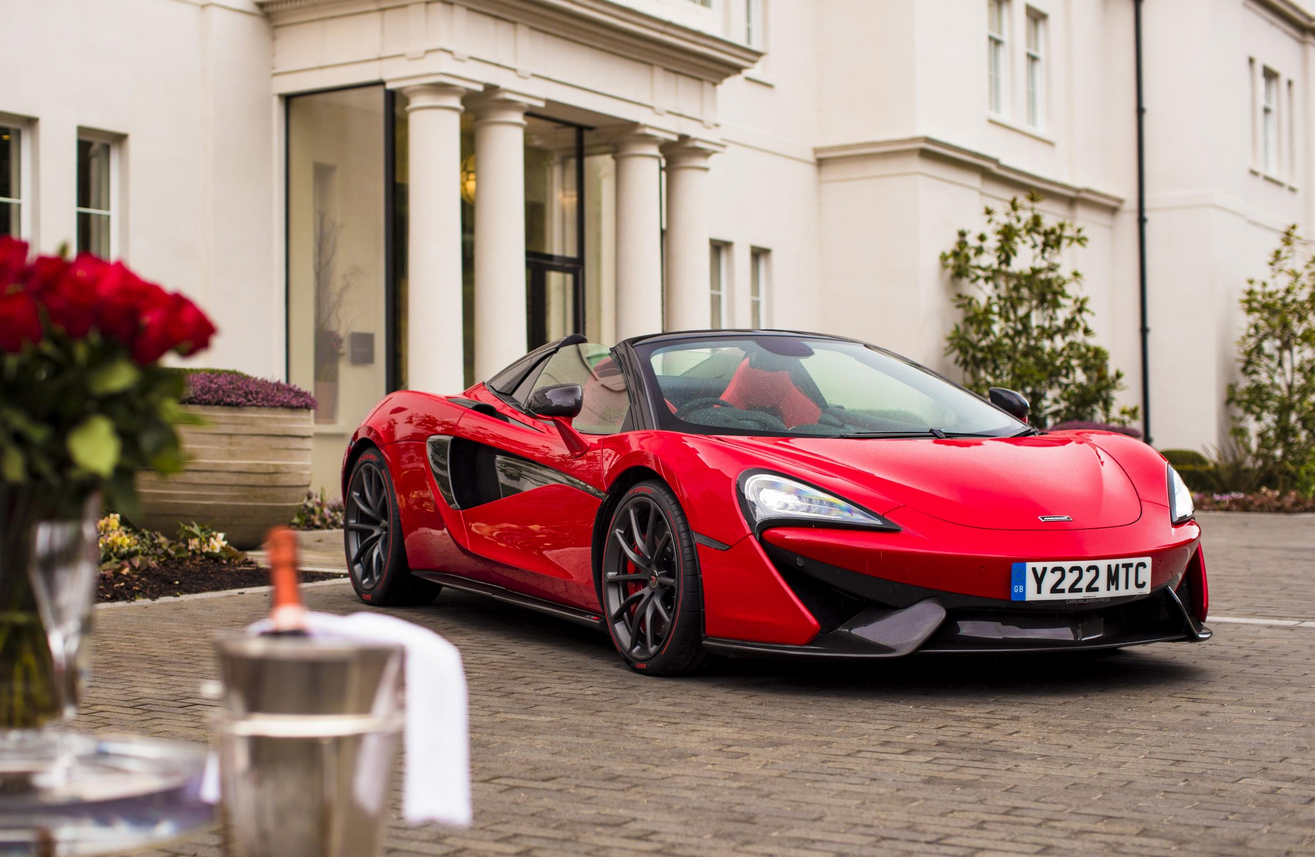 This one-of-a-kind McLaren 570S Spider, commissioned in honour of Saint Valentine by an incurable romantic, will take to the road on the saint’s special day, February 14th. Hand-assembled in Woking, England, the two-seat 570S Spider brings supercar attributes such as carbon fibre construction, a mid-mounted V8 engine and extreme performance to the luxury sports convertible market. Choosing Vermillion Red paint from the McLaren Elite colour palette, matching it with a By McLaren Designer Sport Interior in red and black leather and specifying further red enhancements adds true romance to the exotic sportscar recipe. 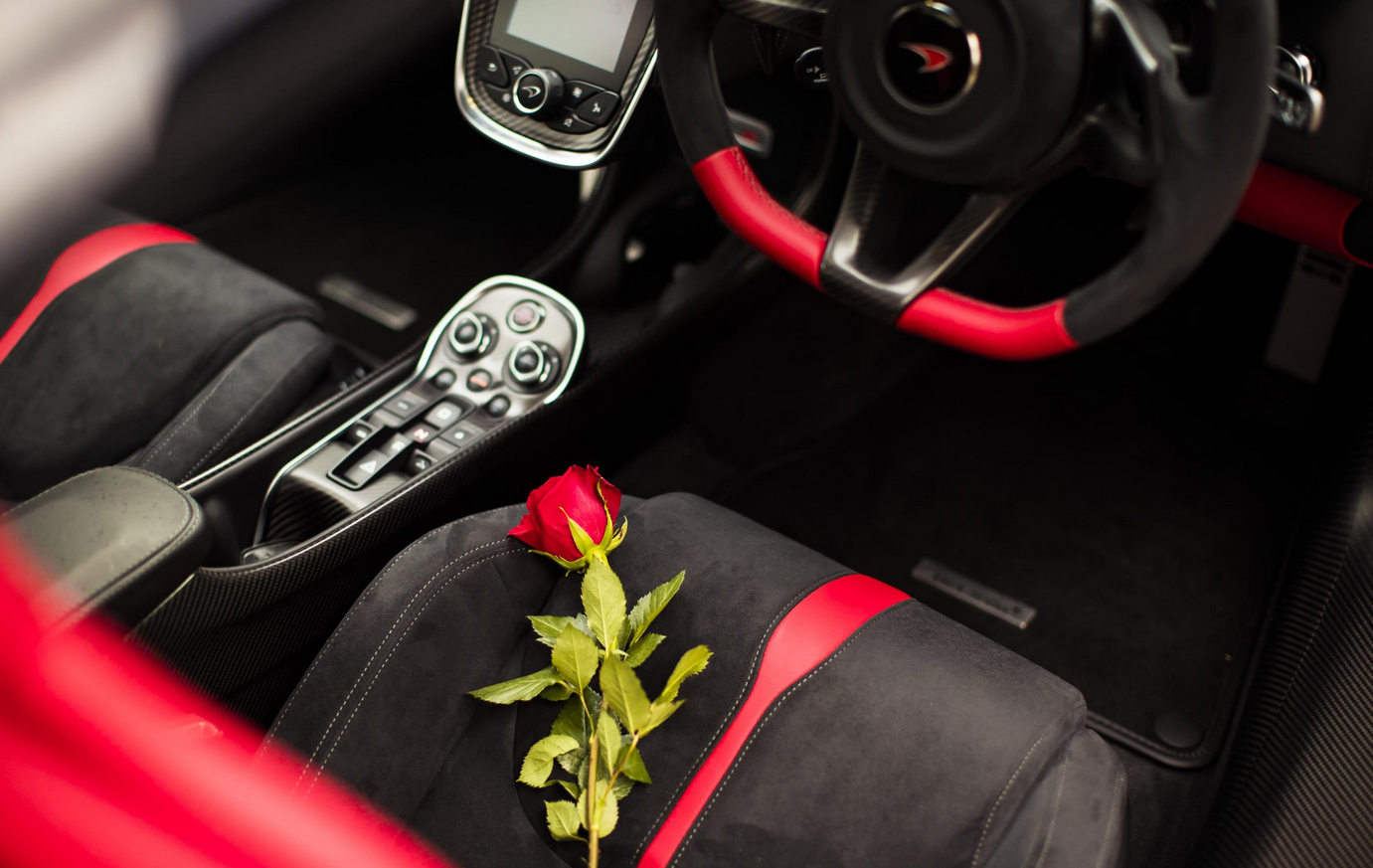 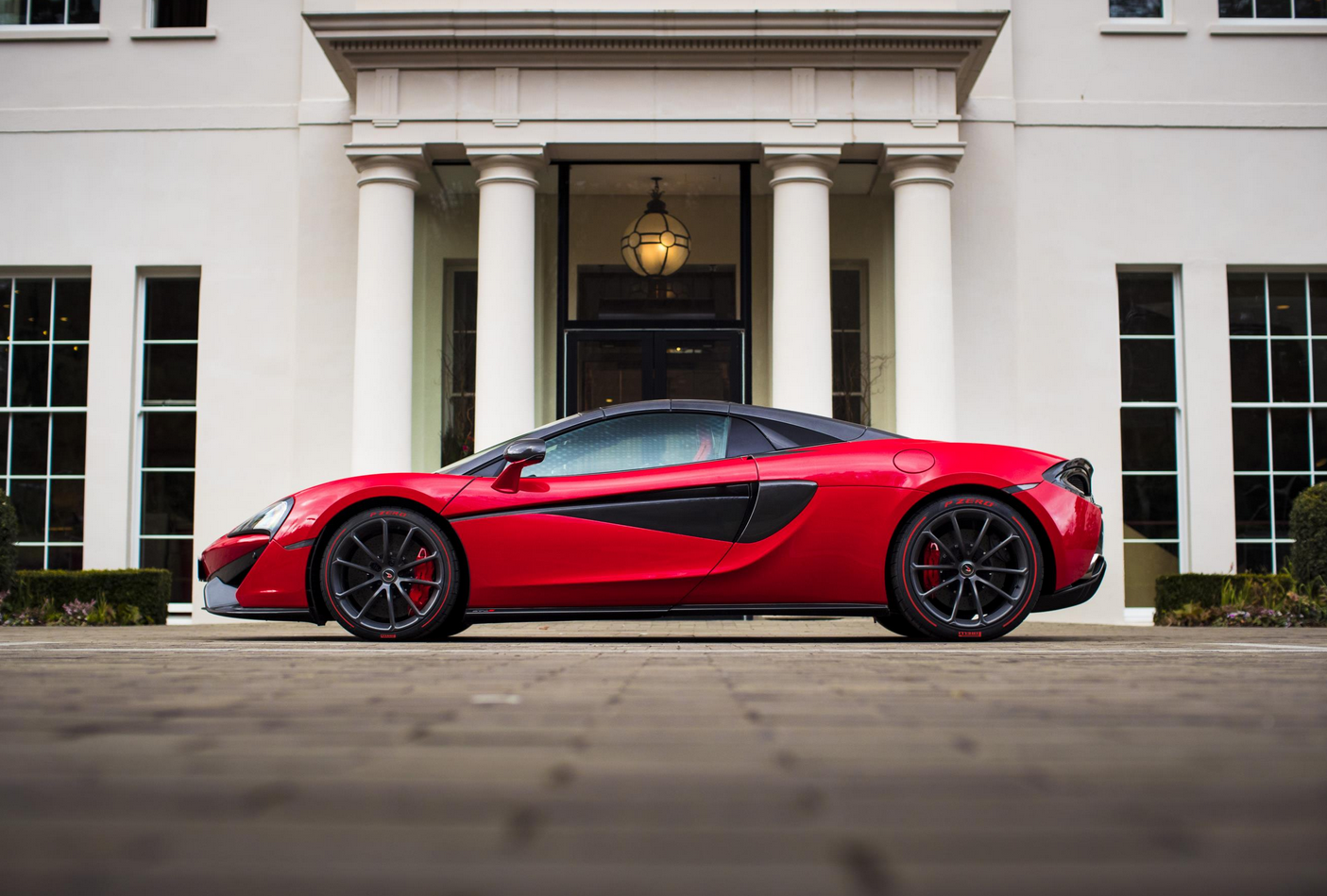 Aluminium bodywork shrink-wrapped around a powerful mechanical package gives the 570S Spider an athletic appearance, with instantly recognisable McLaren styling cues such as a teardrop-shaped cabin; unique-in-class dihedral doors; and distinctive LED lighting front and rear, the Daylight Running Lights recreating the signature McLaren Speedmark badge. The two-piece retractable hardtop is constructed of lightweight composite panels that are significantly more weather- and fade-resistant than fabric; the roof of this bespoke car is in optional Dark Palladium grey rather than body colour. Stowed beneath a beautifully crafted carbon fibre tonneau cover – another feature on this car from the MSO Defined range – the convertible roof is electrically operated from the driver’s seat using one simple control and can be opened or closed in just 15 seconds, at vehicle speeds of up to 40km/h (25mph). 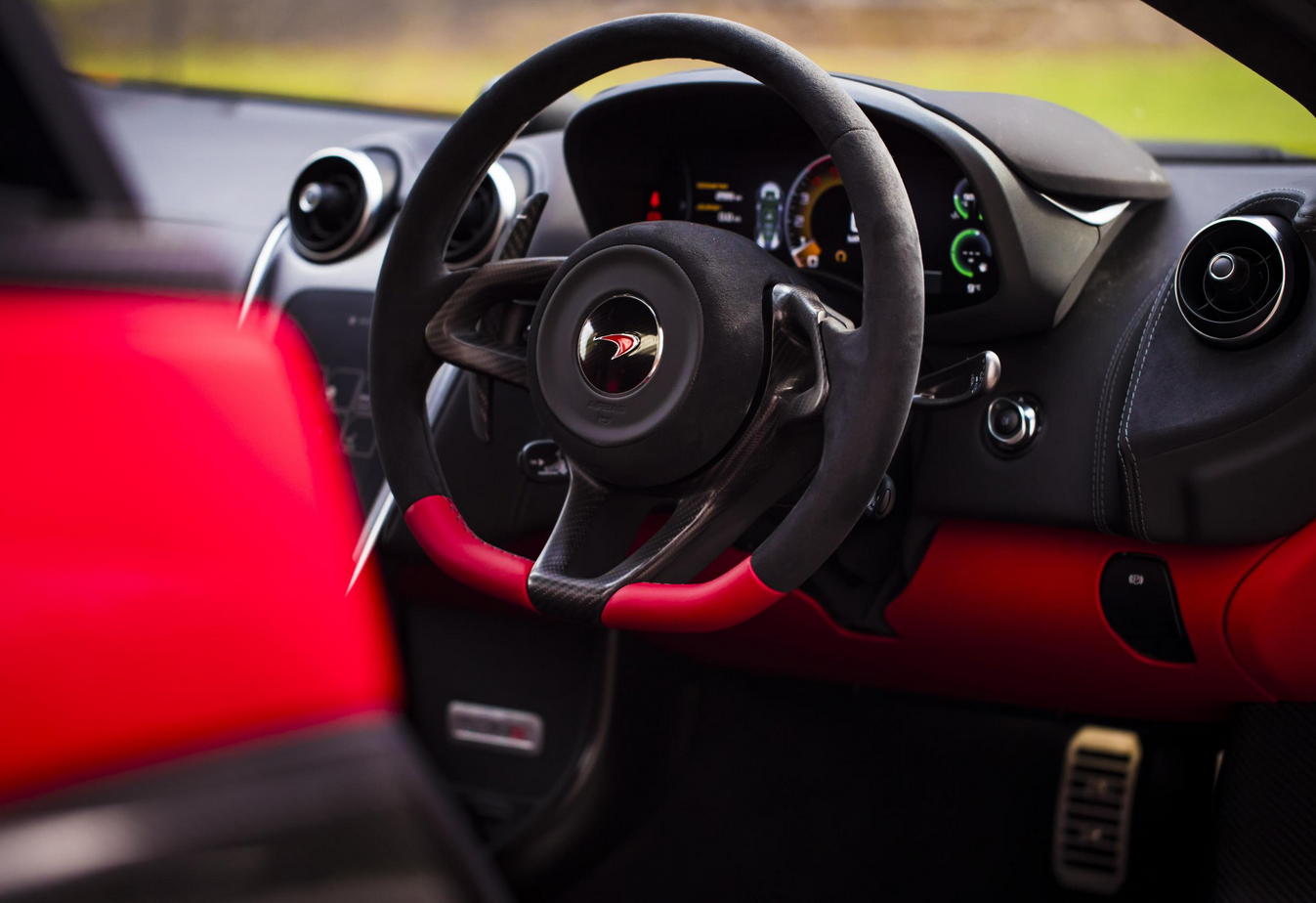 When the 570S Spider’s retractable roof is closed, its lines mirror those of the 570S Coupé, giving a flowing, uncluttered appearance. With the roof open the silhouette is equally dramatic, additional attention being drawn to the two distinctive buttresses that taper into the bodywork either side of the engine. The one-off Saint Valentine’s Day 570S Spider features numerous exterior carbon fibre body enhancements from the MSO Defined range of options, including door inserts; front splitter; rear deck; rear bumper and rear spoiler. A 3.8-litre, twin-turbocharged McLaren V8 engine gives the 570S Spider acceleration from standstill to 100km/h (62mph) in 3.2 seconds and to 200km/h (124mph) in just 9.6 seconds. Top speed is 328km/h (204mph) with the roof closed – identical to the 570S Coupé – and even with the roof lowered, the new Spider can reach 315km/h (196mph).

Driving with the roof down is an even more immersive and exhilarating experience than with it raised. A glazed wind deflector can be electrically closed or lowered at the push of a button, providing further versatility by reducing wind-buffeting when the roof is down or by allowing additional sound and fresh air into the cabin with just the glass lowered. The McLaren 570S Spider employs racecar-style, double-wishbone suspension all-round, with the same suspension and steering settings as 570S Coupé models to ensure exceptional body control and a particularly pure and rewarding drive. The 570S Spider is also extremely comfortable, as befits a sophisticated, luxurious convertible; a driver can choose from Normal, Sport or Track chassis modes for progressively softer or firmer suspension that best suits prevailing conditions. This particular 570S Spider may be spoken for, but others are available. Full information about the 570S Spider – in almost all its guises – is available at cars.mclaren.com. Those wanting something even more exotic can turn to McLaren Special Operations for an almost limitless range of colours and enhancement options such as material upgrades, or even ultra-limited or one-off models.