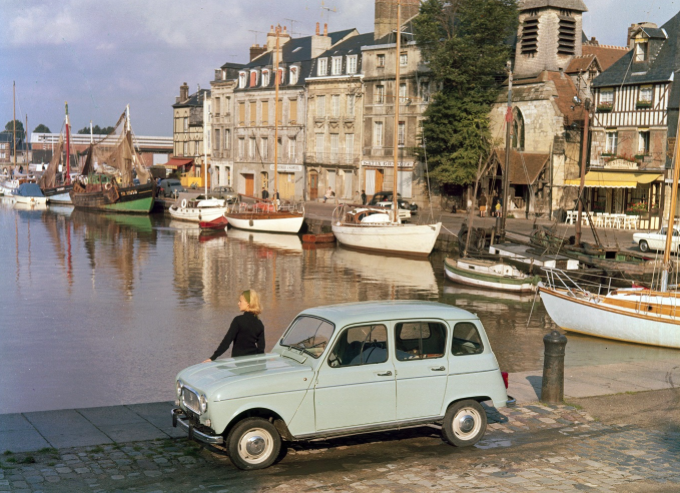 This year marks the 60th anniversary of the world-famous Renault 4L model – known simply as the Renault 4 but officially the “quatre-L” (4L) in France – and its enormous sales success. With more than eight million units sold in over 100 countries over a period of three decades, the 4L is not just a car, but an cultural icon with a story to match.

To mark the 4L’s 60th anniversary, there will be numerous events and celebrations throughout 2021, which will take place on the 4th and 14th of every month across all of Renault’s social media channels. At the heart of the celebrations will be exclusive content, made by fans and for fans, such as interviews with collectors and celebrities.

The official programme, which will be supported by additional local activities and evolve as the year goes on, is listed below:

FEBRUARY – Renault has enlisted the service of graphic designer and leading sports illustrator Greg to create more than a dozen exclusive 4L designs to represent the different eras that the iconic model was available on sale from the 60s through the 70s and 80s, ending in the 90s. These illustrations will be revealed throughout the year.

L’Atelier Renault, the brand’s exclusive showcase of the company’s innovation located on the Champs-Elysées, Paris , will also receive a “Parisienne” version of the 4L to feature in its window display from the 14th February. This instantly recognisable version features a unique wicker pattern on the bodywork.

MARCH – Renault Classic, responsible for preserving heritage vehicles from the manufacturers’ past, will be showcasing 30 examples of the Renault 4 from March. Among these models will be 12 iconic versions displayed in various scenes created for the occasion.

APRIL – A selection of influencers will tell their own stories of the 4L through a series of short films made in Stop-Motion, utilising the Renault scale-model collection.

MAY – A collection of specifically designed and finely selected 4L products developed for the 60th anniversary will be available in L’Atelier Renault boutique at n°53 Avenue des Champs-Elysées and from its online shop.

Renault will also launch a series of videos revealing the secrets of the 4L through different models in May. It will be an opportunity to hear from those who grew up with the 4L, collectors and also from the people from within Renault who have contributed to the history of the car.

JULY – As a true movie icon, made famous by its numerous appearances on the big screen, the 4L will be rolling out the red carpet at the 74th edition of the Cannes International Film Festival.

The “4L pop icon” exhibition will take up its summer home at L’Atelier Renault, on the most beautiful avenue in the world – the Champs-Elysées. It will be an opportunity to discover a new 4L model as well as many other surprises.

NOVEMBER – Another surprise in store for the Renault 4L van.

Further developments and activities celebrating the Renault 4L will come throughout the year.